Continuing our series looking back at Travers Stakes posters produced by equine artist Greg Montgomery, here we look at the 1978 renewal and the special one-off 2008 poster that commemorates that race.

1978 is a year that will be remembered by many fans as one of the greatest in Thoroughbred history. It featured one of the greatest rivalries not just in horse racing but in all of sport, and it all came to a head on August 19 in the Travers Stakes.

Saratoga was pulsating with anticipation and the 50,000 plus spectators began queuing at 5.30am to get a glimpse of the two gladiators, Affirmed and Alydar, before they did battle. Before we get to what happened that day, we need to go back and understand why this race was so important.

From the 2-year old crop of 1977, two potential champions had started to emerge. The leading candidate was the Laz Berrera-trained and Steve Cauthen-ridden chestnut, Affirmed. He raced nine times that year and won seven, including the Hopeful Stakes at Saratoga, the Futurity at Belmont and the Laurel Futurity at Laurel Park.

In all three of those races, the runner-up was an imposing colt trained by John Veitch called Alydar. He had gotten his revenge on Affirmed when beating him into second in the Great American and Champagne Stakes, both at Belmont. The meant their record stood at 4-2 in favour of Affirmed and was enough for him to be crowned the 1977 Champion Two Year Old of America.

The following year both horses were aimed at the Triple Crown but were kept apart in their preps. Affirmed stayed on the West Coast and won the San Felipe Stakes, Santa Anita Derby and Hollywood Derby. Alydar also stayed unbeaten with wins in the Flamingo Stakes, Florida Derby and Blue Grass Stakes. 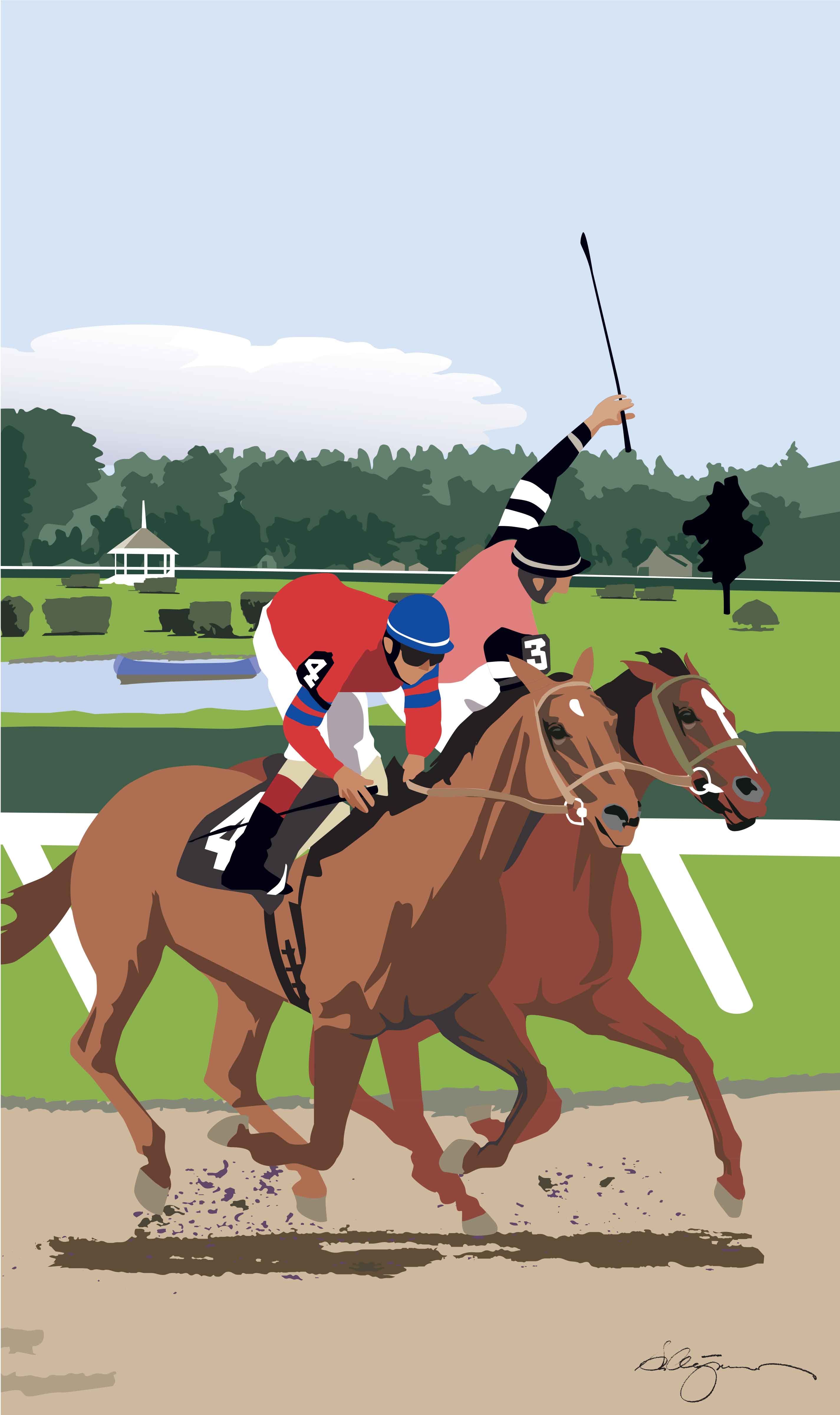 Going into the Kentucky Derby, Affirmed was made 6-5 and Alydar 9-5. Affirmed made a strong run rounding the far turn and Alydar couldn’t close him down in time, losing by 1½ lengths.

In the Preakness, Affirmed went off in front but Alydar made a big move on the far turn. This time he got much closer, but Affirmed was able to cling on by a neck.

The series was now finely poised going into the Belmont Stakes. Many experts believed that the extra distance would suit Alydar’s late-running style and that the stage was set for him to gain revenge and deny Affirmed the Triple Crown. Famously, trainer John Veitch removed Alydar’s blinkers as he believed that if he could look Affirmed in the eye he would be able to go by him.

What transpired was one of the greatest races ever run.

The two were locked together at the top of the stretch, and there they stayed, eye to eye, all the way to the line. At the eighth pole, Alydar looked to have the upper hand, but Affirmed came back and showed what a true champion he was, winning by a short head.

And so it seemed to be over. Affirmed was the best of the best.

However, after the Belmont, Alydar went to Chicago and won Arlington Classic by 13 lengths. They he took down respected older horses by ten lengths in the Whitney.

Affirmed, on the other hand, had won the Jim Dandy by only half a length, albeit in a good time and less than ideal conditions.

As is so often the case, the race itself couldn’t live up to the billing.

Steve Cauthen had been injured just before it, meaning Affirmed needed a new rider. Hall of Fame jockey Laffit Pincay Jr was chosen for the task. During the race, he sent Affirmed into the lead but was forced wide by outsider Shake Shake Shake. That gap allowed Alydar to come up the inside going down the back and the duel, it seemed, was on.

However, Pincay had not seen Alydar and edged his horse over to take the rail, taking Alydar's ground. This forced Jorge Velasquez to snatch up Alydar, costing him at least six lengths. To his credit, Alydar rallied and finished just just 1¾ lengths behind Affirmed.

The enquiry light flashed, and the horses returned to a disgruntled crowd. In what would turn out to be the final instalment of this great rivalry, Affirmed was taken down and Alydar was awarded the race. An unsatisfactory but memorable end to one of the most anticipated two minutes in racing. 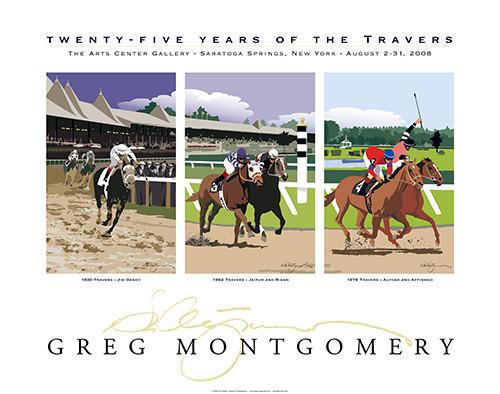 In designing every other poster in this series, I began by capturing and simplifying some racing scene or image. Whether the image was of a horse winning a race or a trainer saddling his runner in the paddock, it was an image I captured and developed, not built out of whole cloth.

This triple was different. It would be three posters in one, a seamless portrayal of the passage of time from Jim Dandy on a muddy track in 1930 to Alydar and Affirmed on a sparkling day in 1978 — events in time that I never experienced.

To accomplish this challenge, I decided to create a set emulating the famous 'East Coast Joys' series of 1931 by the noted British poster artist Tom Purvis for London and North Eastern Railway (LNER). Each individual poster was meant to work alone and as a continuous scene. Each scene had to be accurate in its details — weather, architecture, clothing and colors. Each panel’s action had to be commensurate with history. None of the images could dominate the others.

Since the triple was a piece of commemorative art that was to embody my entire series, I wanted to sprinkle in elements from as many of the previous posters as feasible. Hundreds of hours later, here is the triple. I wish Tom Purvis were around to see it.