If you’re a young jockey looking for the chance to get to the top as fast as possible, the message from the TRC Global Rankings is pretty clear: head for either the United States or Australia.

It will also help if you’re male, and it would appear to be a massive advantage as well if you’re a member of a certain family from Puerto Rico.

Jose Ortiz is the leading money-winner in the U.S. so far in 2017 with more than $22 million, so it’s no surprise that he’s now ranked #10 in the world (the TRC standings are based on performances in all Group and Graded races worldwide over a rolling three-year period).

And that makes the 23-year-old the world #1 among riders aged 25 and under.

And his brother is world #2.

Irad Ortiz Jr, who has developed such a fruitful relationship with the much-loved Chad Brown-trained mare Lady Eli, isn’t doing too badly in the U.S. prize money table either - he lies third with nearly $18 million, just ahead of Mike Smith and just behind Javier Castellano. 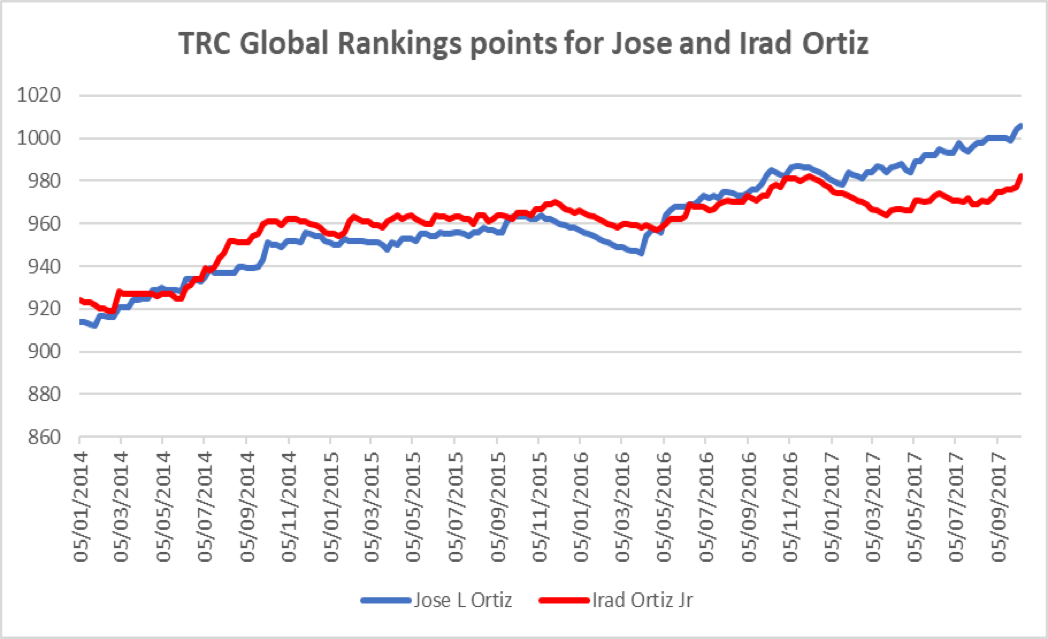 The 24-year-old’s Graded successes this year mean he is now ranked 24 in the world, and joint 9 in the U.S. with 25-year-old France-born Flavien Prat, who also shares that second spot in the 25-year-olds and under list. As illustrated by the graph here, both Ortiz brothers have been on a constantly upward trajectory since they arrived in the U.S. (Irad in 2011, Jose a year later). They are now in career-high positions, and show no sign of taking a backward step anytime soon.

Jockeys aged 25 and under: the worldwide top 25 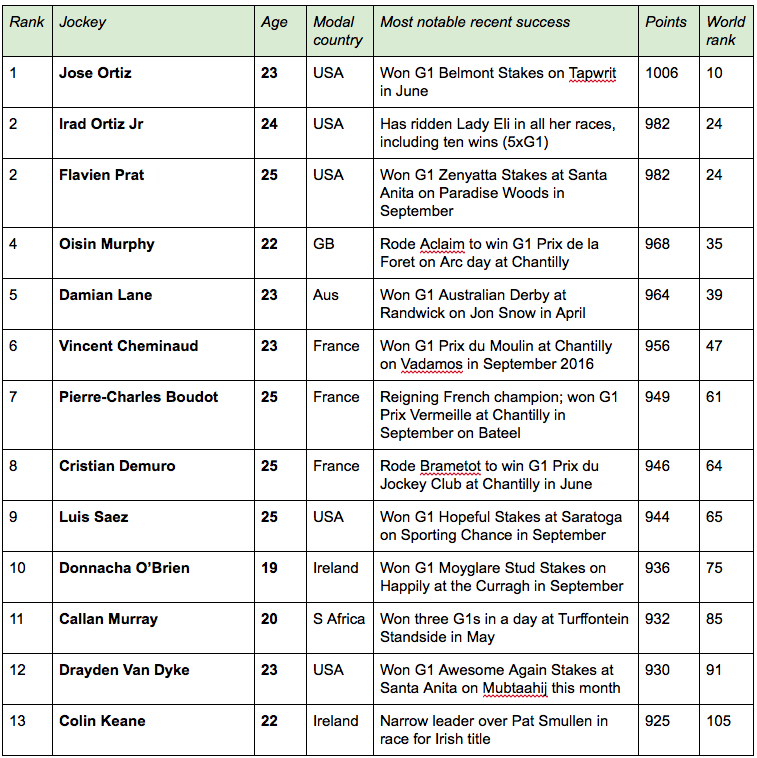 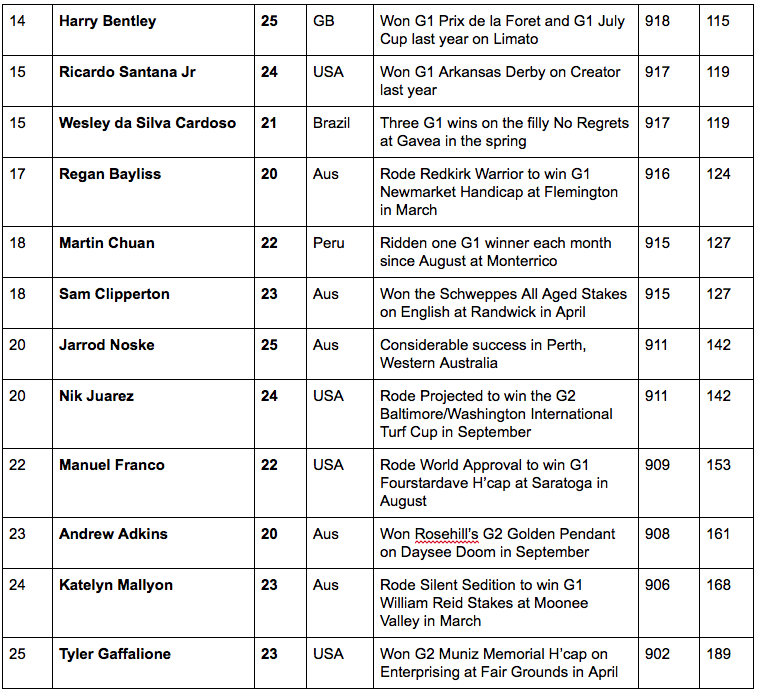