He was only moments old when this photograph was taken, but even then there was a palpable air of excitement surrounding him. His mother, you see, is one of the finest racemares in the history of Thoroughbred racing (that’s her applying the tender loving care in the shot), and his father is one of the great stallions of our time.

And the fact that dual Arc winner Treve’s first foal, a beautiful bay son of Dubawi, is fit, healthy and seemingly raring to go means the dream has survived its first hurdle.

As Benoy Jeffroy, Stud Manager at Al Shaqab’s Haras de Bouquetot in Normandy, said after last Wednesday’s birth: “The next chapter to the story starts now, and we can only hope this colt will be as fast as his parents!”

He added: “Treve has produced a good first foal. Everything went well and, after being a few days overdue, she decided to foal at lunchtime. Treve and her foal [more photos below] are doing really well.” 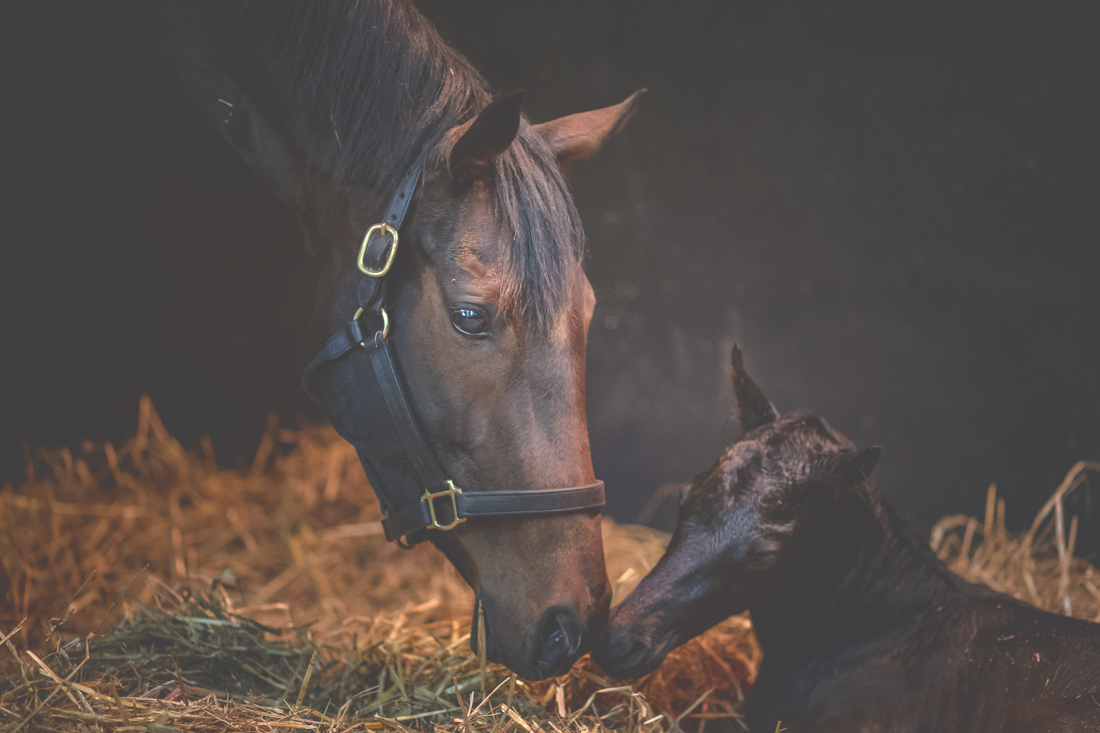 After her superb five-length defeat of Japanese Triple Crown champion Orfevre in that first Arc, she was named Longines World’s Best Racehorse of 2013 (jointly with Australia’s Black Caviar) on a mark of 130.

Her second Arc triumph a year later was a stunning return to form after a troubled season - and a stunning training feat by Head-Maarek too after the daughter of Motivator had been all but written off as a significant force on the track. And she looked as good as ever in 2015, so much so that she started even-money favourite to become the first horse ever to win a third Arc. The race, though, didn’t go according to plan and Treve failed to show quite her usual sparkle, finishing fourth behind the Epsom Derby winner Golden Horn. 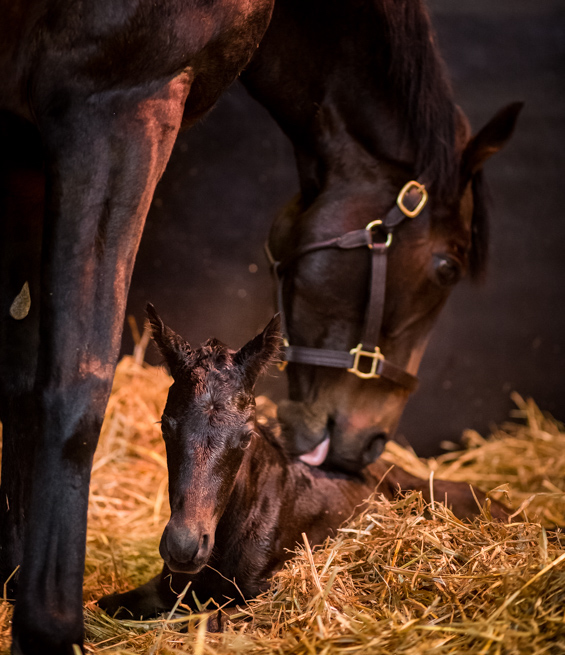 She retired - as France’s second richest prize money-earner (which is still the case) - to owner Al Shaqab’s magnificent Haras de Bouquetot, where she gave birth last week to the colt by Dubawi, the world’s joint second-ranked stallion.

And she won’t have to travel far for her next liaison later this year. She is scheduled to visit Shalaa, the electrically fast colt who won two G1s as a 2-year-old in 2015 when trained by John Gosden. The Al Shaqab-owned son of Invincible Spirit also resides at Haras de Bouquetot.