As part of an occasional TRC series, Nancy Sexton looks at the career, the influence and the prospects for 2017 and beyond of the outstanding Juddmonte sire Dansili, whose progeny include international superstars Harbinger, Rail Link, The Fugue and Flintshire.

Dansili has been one of those elite stallions who has served breeders well at all levels, ranging from his days at £8,000 to those many seasons north of £50,000. He has been a real stalwart of British breeding yet regularly assumes a prominent position on the international stage, particularly in Australia and America, where he continues to enjoy success through a select group of representatives.

Now rising 21, the son of Danehill is about to embark on his 17th season at Banstead Manor Stud in Newmarket at a fee of £65,000.

An array of 20 G1 winners, including recent Breeders’ Cup Filly & Mare Turf heroine Queen’s Trust, head an accomplished stud record that sees him ranked as the most successful British-based sire in the history of the European Pattern programme by races won. He was also the leading British-based sire in Britain and Ireland by prize money in 2010.

He is currently world-ranked 33 in TRC Global Rankings. He also has two of the 20 best annual performances by a stallion worldwide (his 2012 and 2013) since the start of the TRC rankings data five years ago - more any sire other than Galileo, Deep Impact and Dubawi.

With age also comes the hope of a greater influence through later generations, and in Zoffany, Bated Breath and Zacinto among others, he has an increasingly successful tribe of sons to maintain his line.

Dansili’s first year fee of £8,000 in 2001 is reflective of a thoroughly respectable race record that didn’t contain that coveted G1. Such an omission understandably knocks the attraction of a colt when he retires to stud, but then racing history is littered with successful stallions that never got their head in front at the top level; look no further than War Front, Kodiac and Acclamation.

Kept in training undoubtedly with the idea of landing that elusive G1, he again came agonisingly close, failing by less than a length against Giant’s Causeway in the Sussex Stakes and War Chant in the Breeders’ Cup Mile, in which he flew home up the rail to snatch third following a troubled passage.

A number of lesser horses have won G1 races and, according to Racing Post Ratings, Dansili was actually the best foal produced by Juddmonte’s blue hen Hasili. It’s quite a line-up, featuring five G1 winners in champion Banks Hill, Cacique, Champs Elysees, Intercontinental and Heat Haze. All were by Danehill, bar Heat Haze (by Green Desert).

A well-bred miler by Danehill who could rely on the backing of Juddmonte, Dansili has been well supported from the outset. 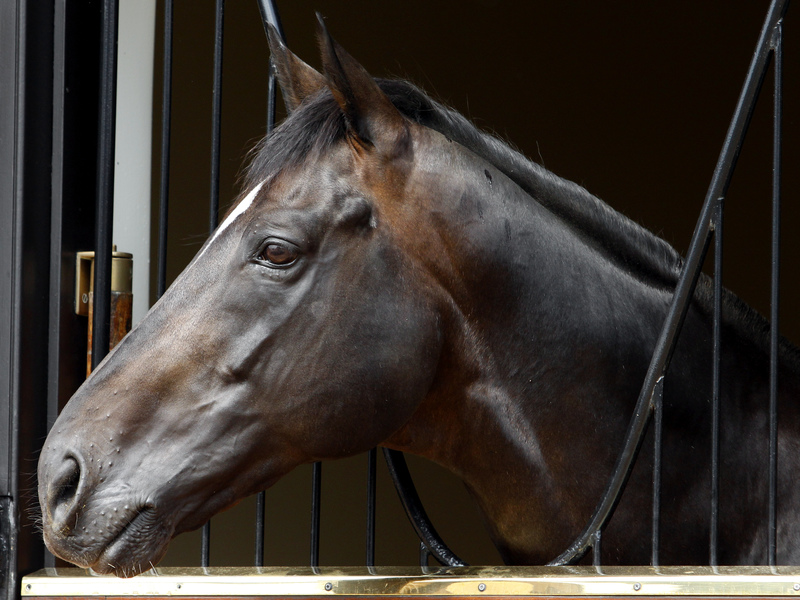 Dansili had raced just the once at two, when successful over a mile at Longchamp, and while there were 12 first-crop 2yo winners in Britain and Ireland in 2004, there was always the strong suspicion that many would improve with time.

One juvenile, Early March, did make the leap to black-type company when successful in the G3 Prix La Rochette at Longchamp in September 2004. That he should be a graduate of Juddmonte Farms came as no great surprise; with a powerful broodmare band and many of the world’s leading trainers at their disposal, they have a history of playing a vital role in establishing their young sires. Indeed, they can boast to have bred the first G1 winners by current or past residents such as Zafonic (Xaar), Rainbow Quest (Quest For Fame), Distant View (Distant Music), Known Fact (Warning) and Zamindar (Zenda).

The same became true of Dansili. Juddmonte bred eight of his first ten Pattern winners, including two of his first real stars, Price Tag and Rail Link. A member of his second crop, Rail Link progressed rapidly for Fabre in 2006, sweeping from a Saint-Cloud maiden win in late May to victory in the G1 Grand Prix de Paris and then the Arc, in which he beat Deep Impact and Hurricane Run.

Price Tag, meanwhile, was demoted from first in the 2006 Poule d’Essai des Pouliches and later that season went to America, where she won the G1 Matriarch Stakes.

By that time, Dansili had another string to his bow in Strategic Prince, a precocious 2-year-old who had won the G2 July and G2 Vintage Stakes for Paul Cole. With G1 Criterium de Saint-Cloud heroine Passage Of Time and G3 winner Thousand Words within his juvenile armoury for that season, Dansili headed into the following year with several classic prospects - and an increased fee of £30,000.

One notable attribute to Dansili’s stud career has been his versatility. He is capable of throwing good 2yos as Strategic Prince and, in later years, Zoffany (a member of that first £30,000 crop and winner of the G1 Phoenix Stakes), Shaweel (G2 Gimcrack Stakes) and Requinto (G2 Flying Childers Stakes) have illustrated.

There have been milers of the ilk of Miss France, winner of the 2014 1,000 Guineas at Newmarket, Proviso, a multiple G1 winner in America, and Delegator, who ran second to Sea The Stars in the English 2,000 Guineas before cutting back in distance to become a G2-winning sprinter.

The likes of Rail Link, Harbinger, Flintshire, The Fugue and Zambezi Sun head an array of talented horses over 1m2f and 1m4f while G2 Goodwood Cup winner Illustrious Blue was one of several fine stayers. In that respect, he’s not too dissimilar to Danehill, whose phenomenal record ranged from good 2yos to older, talented middle-distance horses and classy stayers.

A number have also possessed the durability to compete over several seasons. Flintshire, for instance, has just retired to stud having amassed nearly $9.6 million in earnings for eight wins, including five G1s.

Then there was Famous Name, who became a household name in Ireland during a six-season career with Dermot Weld that yielded 20 stakes wins.

For one reason or another, Dansili’s progeny boast a particularly fine record at Royal Ascot. Of his 66 Group winners, eight landed a Group race at the meeting, among them The Fugue, whose sparkling turn of foot lowered the colours of Magician and Treve in the 2014 G1 Prince Of Wales’s Stakes, 2012 G1 Coronation Stakes heroine Fallen For You and 2013 G2 Ribblesdale Stakes winner Riposte.

Special mention must also go to the ill-fated Thomas Chippendale, who scored at consecutive renewals of the meeting in the G2 King Edward VII Stakes and G2 Hardwicke Stakes.

Dansili has stood his entire career in Newmarket, but that hasn’t prevented him from gaining international traction. In November, Queen’s Trust became his second winner of the Breeders’ Cup Filly & Mare Turf after Dank, who won in 2013. Another daughter, Laughing, also represented her sire to great effect in America, capturing the G1 Diana and G1 Flower Bowl Invitational.

Again, Juddmonte have also been influential in promoting the horse to an American audience. Plenty of their high-profile ex-European runners have flourished over the years for Bobby Frankel and latterly Bill Mott and Chad Brown, and, given that Dansili’s progeny invariably enjoy fast conditions, it’s understandable that several, such as Flintshire, Price Tag, Proviso and Aviate, have fared well in the U.S.

His progeny are also well suited by conditions in Australia, where European imports Foreteller and Magog (renamed Grand Marshal) improved to reach G1 heights. In all, Dansili has been represented by 11 stakes winners in Australia, quite a figure considering the select group of runners who have made the trip down under.

Effective with a variety of backgrounds

Perhaps what makes him particularly useful to breeders is that he has fared well with mares from a variety of backgrounds, whether it be Northern Dancer, Raise A Native, Never Bend, Blushing Groom or Forli.

However, as is typical of a Juddmonte stallion, Dansili’s stud record features strong success with mares by a range of Juddmonte sires, in particular Distant View, who was the damsire of G1 winner Emulous, the G1-placed Bated Breath and Zacinto as well as listed winners Making Eyes and Daring Diva from a pool of just 20 foals.

Rainbow Quest also features heavily, either as the damsire of G2 and G3 winners such as Riposte, Glowing and Sense Of Joy or via his son Quest For Fame, whose daughter Fame At Last bred Famous Name, his G3-winning sister Big Break and listed scorer Discipline.

Other than that, as a son of Danehill, he promised to become an useful outcross for Sadler’s Wells-line mares and so it has proven: Sadler’s Wells himself is the damsire of 23 stakes winners by Dansili led by Flintshire, The Fugue, Passage Of Time, Thomas Chippendale and Father Time.

Danehill and Sharpen Up have also long enjoyed a fruitful partnership, and that has continued through Dansili via the likes of Strategic Prince and the G1-placed Epic Love, both of whom were out of Diesis mares, G2 winner Vancouverite (Selkirk) and G3 winners Dormello (Selkirk) and Silver Touch (Sanglamore).

Now the question is whether his sire line can really take root.

Today, the flag is flown by Coolmore’s Zoffany, who pulled off the notable feat of siring three Royal Ascot juvenile winners - Illuminate, Washington DC and Waterloo Bridge - in 2015. That first crop, which also came to include G1 winner Ventura Storm and Oaks runner-up Architecture, was bred when Zoffany stood for just €7,500. By 2016, that had risen to €45,000.

Meanwhile, Bated Breath, Delegator, Requinto and Famous Name each made solid starts with their first 2yos in 2016.

Bated Breath, who stands alongside his sire at Banstead Manor Stud, didn’t run at two himself, yet had 18 juvenile winners in Europe, including the Group-placed Al Johrah, Take A Deep Breath and Unabated.

Overbury Stud’s Delegator sired G3 Firth Of Clyde Stakes winner Delectation, the unbeaten Graphite Storm and sales race winner Accidental Agent out of his first 74-strong group of 2yos, making his death in December at the age of ten all the more regrettable.

Harbinger’s early crops in Japan include a trio of G3 winners while in New Zealand, Zacinto has turned heads as the sire of G1 New Zealand 2,000 Guineas winner Ugo Foscolo out of his first crop. A G1-placed miler in his pomp for Juddmonte, Zacinto stands at Inglewood Stud.

Their successes have gone some way to balance the earlier disappointments of Rail Link, Strategic Prince and Thousand Words; each sired a G1 horse - Epicuris, La Collina and Top Notch Tonto respectively - but overall, did nothing for Dansili’s reputation as a sire of sires.

It will be interesting to see how younger sons such as Flintshire, who has retired to Hill ’n’ Dale Farm in Kentucky, and Albaasil, who has been well supported by Ritchie Fiddes at Moor End Stud in Yorkshire, turn out.

Dansili has been a remarkable all rounder during his lengthy stud career. With that in mind, it’s sad to think that his brother Cacique was robbed of the chance to really make his presence felt due to fertility problems, especially as his few foals included G1 winners Dominant, Mutual Trust and Slumber.

But in Dansili, British breeding has had access to a tremendous servant, one who has been well managed throughout by his owners.

Nor is the story over. As Dansili prepares for his 17th season in service, he continues to operate at a nine percent stakes winners to foals of racing age strike-rate. In addition, waiting in the wings are youngsters out of the likes of Beauty Parlour, Galikova, Silasol, Solemia and Elusive Kate as well as the full or half-siblings to Passage Of Time and Taghrooda.

With older flagbearers such as Queen’s Trust, So Beloved and Bess Of Hardwick also remaining in training, it should be business as usual for Dansili in 2017.