Dubai and Qatar have been having a massive impact on international racing for years, and now another Gulf emirate is stepping into the arena in the shape of Abu Dhabi, which is giving French racing a huge boost this weekend.

Not only is the Abu Dhabi Sports Council sponsoring the two French Guineas at Deauville tomorrow and Sunday, it is also supporting today’s Arqana Breeze-up Sale, which takes place just up the road from the racetrack.

There’s something of a new look for the meeting, with the races now run on different days, rather than both on the Sunday as in the past. And prize money for both tomorrow’s G1 Abu Dhabi Poule d’Essai des Pouliches (for fillies) and Sunday’s G1 Abu Dhabi Poule d’Essai des Poulains have increased by €50,000 - to €500,000 (for the Pouliches) and €600,000 (for the Poulains).

The deal has also increased the prize money from €30,000 to €100,000 for an important race for purebred arabians (the President of the UAE Cup - Coupe d’Europe des Chevaux Arabes) at Deauville on Sunday. 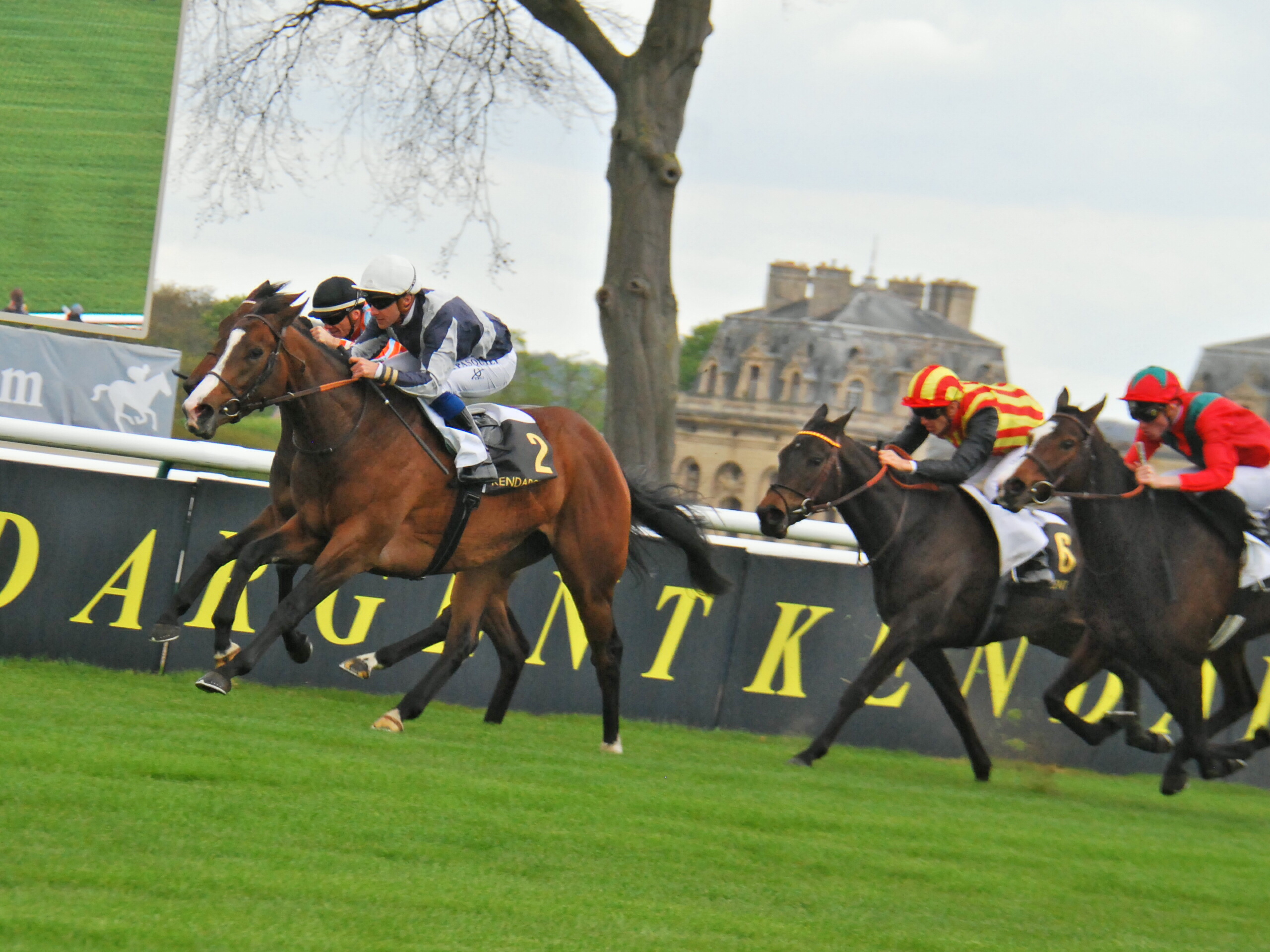 Last year’s running of the the two classics races produced champion 3-year-olds in The Ghurka (Poulains) and La Cressonnière (Pouliches), with the former going on to win the Sussex Stakes at Goodwood and the filly competing a classic double in the Prix de Diane at Chantilly.

Neither horse had won a race at Group level before their classic successes at Deauville. Coolmore, who sponsor the other G1 on Sunday, have renamed it The Ghurka Coolmore Prix Saint Alary.

So will new superstars emerge this weekend from the two classics, which are taking place at Deauville for the second year running while Longchamp is being redeveloped?

The winner of each race will need to get every yard of the running on the testing straight mile at Deauville. With plenty of rain having fallen in the past week, and a mixture of sun and showers forecast for the weekend, the going is likely to be soft.

The draw is another key factor - those drawn with low numbers on the nearside generally are disadvantaged if the going is on the soft side, when the winner tends to come well away from the rails, especially in large fields.

Senga (sire: Blame)
Pascal Bary (TRC world ranking 104)
Before a cosy win in the G3 Prix de la Grotte at Chantilly last month, the Flaxman Holdings-owned filly was an unlucky fourth to Wuheida in the G1 Prix Marcel Boussac at Chantilly last October, finishing fast to be beaten just under two lengths after not getting a clear run, just behind the John Gosden-trained Dabyah, who was an intended Pouliches runner until being withdrawn yesterday after scoping badly. The American-bred Senga, the likely favourite tomorrow, has never run on soft ground.

Via Ravenna (Raven’s Pass)
Andre Fabre (10)
Fabre has won the race three times, most recently with Golden Lilac in 2011. Via Ravenna looks a live candidate after winning the G3 Prix Imprudence over seven furlongs at Maisons Laffitte last month a shade comfortably ahead of Thais (second) and Gokena (fourth), who both reoppose tomorrow.

Roly Poly (War Front), Rain Goddess (Galileo), Smoulder (Redoute’s Choice)
Aidan O’Brien (1)
Roly Poly has plenty of experience at the top level, having won a G2 and a G3 and been second in the G1 Cheveley Park Stakes as a juvenile, but all her best form is on fast ground. Rain Goddess was a running-on fourth to Dabyah in the G3 Fred Darling at Newbury last month, but is likely to improve for that and appears O’Brien’s best hope. Stable jockey Ryan Moore, however, does not ride at Deauville. He is on duty for the yard in listed Derby and Oaks trials at Lingfield instead. O’Brien has won the Pouliches just once.

Toulifaut (Frankel)
Jean-Claude Rouget (16)
Rouget trained the last three winners (La Cressonnière, Ervedya and Avenir Certain). La Cressonnière and Avenir Certain are among four of the last ten winners to go on to complete the Pouliches/Diane double. Rouget is just getting over the effects of a virus at one of his three Pau yards, which cost the lives of two horses. Toulifaut looks to have something to find, having finished a 1¾ lengths fourth to easy winner Senga in the G3 Prix de la Grotte at Chantilly on April 16.

Sea Of Grace (Born To Sea), Cristal Fizz (Power)
William Haggas (44)
Sea Of Grace, a G3 winner at the Curragh when trained by John Oxx as a 2-year-old, was a disappointing fifth in the G3 Nell Gwynn at Newmarket last month. She is the mount of Christophe Soumillon and is a shade shorter in the ante-post market than Cristal Fizz (Gerald Mosse), who has yet to run in 2017 having won both her races at two.

Delectation (Delegator)
Andreas Wohler (24)
Watch out for this one. Germany’s outstanding trainer rarely sends his horses abroad without a chance, and this filly is unbeaten in three races, including an easy win in a G3 at Cologne on soft ground on her last start in April.

Wajnah (Redoute’s Choice)
Francois Rohaut (149)
The Al Shaqab-owned filly is a real dark horse, having only run twice (last September and in March), winning both times at Bordeaux over 1,600 metres on soft and heavy ground.

Heuristique (Shamardal)
Francois Graffard (95)
An easy winner of a listed race on heavy ground at Toulouse last September, Heuristique made a pleasing debut this season when a good second behind Melissa over a mile at Saint-Cloud.

Festive (by Literato)
Trainer Eric Saint-Martin (NA)
The filly has been supplemented but will need to improve considerably to justify the €32,400 late entry fee. She has run just twice, winning a maiden at Cagnes Sur Mer and running fourth in a conditions event at Maisons-Laffitte last month. 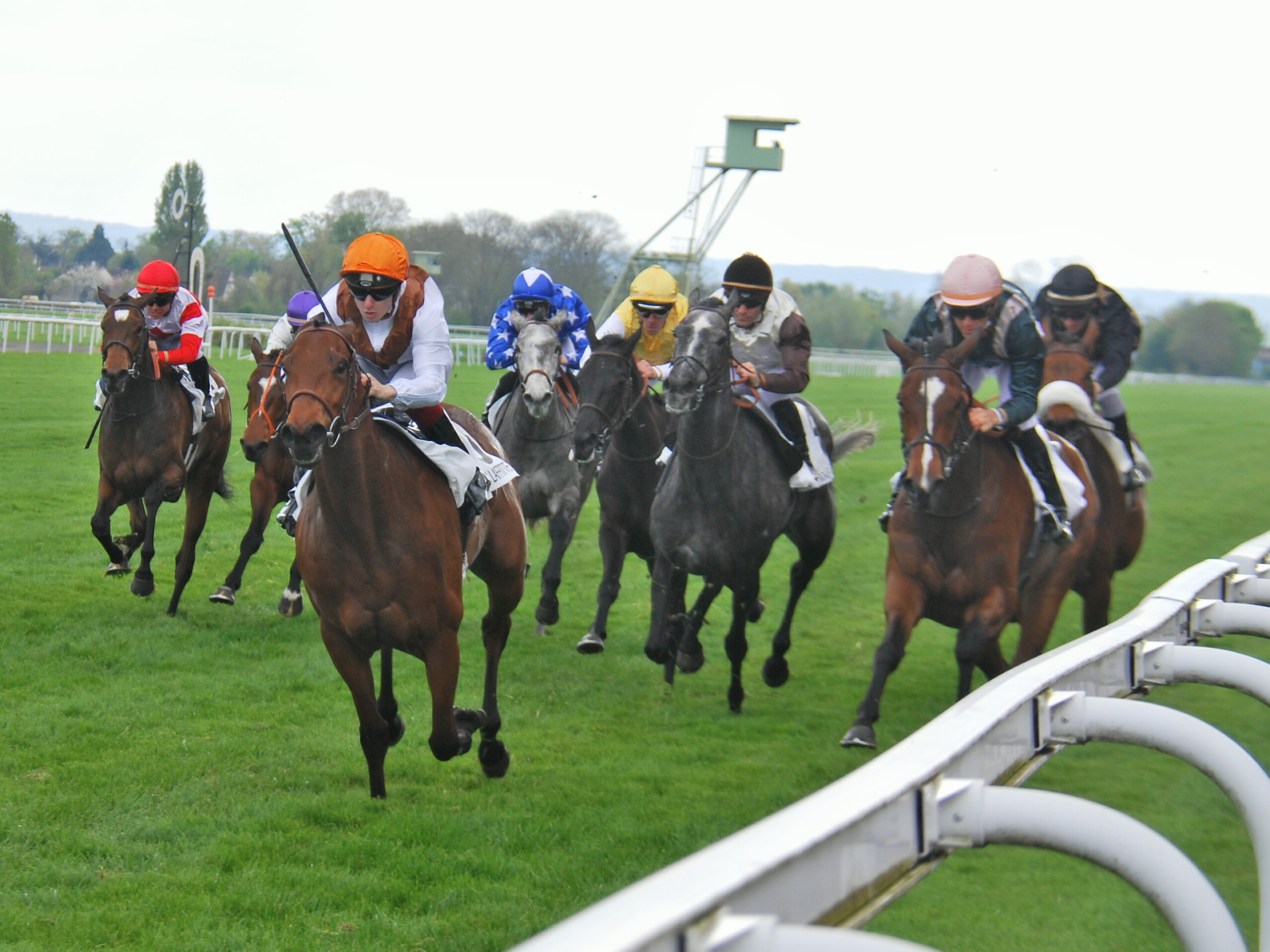 Orderofthegarter (Galileo), Whitecliffsofdover (War Front), Peace Envoy (Power)
Aidan O’Brien (1)
The G1-winning Scat Daddy colt Caravaggio had been expected to lead the Ballydoyle challenge but was ruled out yesterday, when it was announced he would concentrate on sprinting. But Coolmore still have one of the likely favourites in Orderofthegarter, an easy winner of the Leopardstown 2,000 Guineas trial over a mile in April. He looks a typical Galileo improver. O’Brien has already won the race four times, most recently with The Gurkha, another son of Galileo, last season.

Brametot (Rajsaman)
Jean-Claude Rouget (16)
This colt is a potential favourite for the race on the back of his stunning performance in the G3 Prix de Fontainebleau at Chantilly over a mile in April. Trailing the field about eight lengths after missing the break, jockey Cristian Demuro gradually made the ground up, closing on the leaders entering the straight, to ultimately saunter past for a comfortable win. One of Sunday’s rivals, Spotify, was just under three lengths back in third. Brametot has won four of his five races, including two at Deauville.

National Defense (Invincible Spirit)
Criquette Head-Maarek (126)
National Defense made all when an impressive winner of the G1 Prix Jean-Luc Lagardere at Chantilly on Arc Day last October (with Whitecliffsofdover 4¾ lengths back in third). On his reappearance in the G3 Prix Djebel at Maisons-Laffitte, he was beaten a length by Al Wukair, the Andre Fabre colt who ran third to Churchill in the 2,000 Guineas at Newmarket last weekend. African Ride, another expected runner on Sunday, was 2½ lengths further back in third in the Djebel. National Defense gained experience of Deauville when winning easily first time out. The colt needs to stride out in front, his only poor run coming second time out, when third after being held up.

Rivet (Fastnet Rock)
William Haggas (44)
Last season’s G1 Racing Post Trophy winner was a close second to Eminent in the Craven Stakes at Newmarket last month. Eminent didn’t run badly in the 2,000 Guineas, when beaten 3½  lengths by Churchill, the same distance he was behind Churchill in the Dewhurst last year. Haggas believes the colt was unsuited by the undulations at Newmarket, which is why he has been sent to Deauville.

Kings Gift (Casamento)
Michael Dods (149)
Will it be worth the €39,600 supplementary entry fee? Kings Gift was 6½ lengths when fourth behind subsequent Guineas runner-up Barney Roy in the G3. He would need to improve to get involved in the finish.

Inns Of Court (Invincible Spirit), Le Brivido (Siyouni)
Andre Fabre (10)
They’ve both run once at two and once so far at three, they’re both unbeaten, and neither has been highly tested. And they’re both trained by the master that is Andre Fabre, whose horses appear to have recovered from the virus that hit the stable so hard last year. So either could develop into a star.

Mankib (Tamayuz)
Freddie Head (29)
Mankib has won two of his three races to date but would need to step up considerably on his short-head win in a conditions race at Maisons Laffite last month.