Winfried Englebrecht-Bresges (pictured below) probably breathed a huge sigh of relief on Sunday evening after successfully navigating his way through his most challenging week as chief executive of the Hong Kong Jockey Club, a position he has held for the past 12 years. 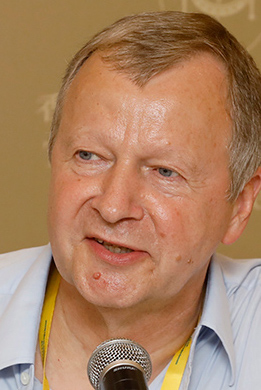 After months of unrest, violence and vandalism on the streets of Hong Kong as pro-democracy protesters have railed against what they see as an erosion of the special administrative region’s autonomy and their human rights, Hong Kong racing staged its biggest meeting of the year, the International Races at Sha Tin, with impressively good results.

German-born Englebrecht-Bresges, a former CEO of the German Jockey Club, is steeped in racing, having been involved in stud management and also as an owner and breeder. He currently heads up the Asian Racing Conference and is vice-chairman of the International Federation of Horseracing Authorities (IFHA).

His other passion is football (soccer), having gained selection in the German youth team during his university days in Cologne.

Who has been the most important figure in world racing history?

That is a very difficult question. But, after some serious thinking, I conclude that it is the 12th Earl of Derby, the man who gave his name to the world’s premier Classic. First run in 1780, the Derby is a name instantly recognised around the world, even by those not involved or without any interest in horseracing. People everywhere know that the Derby is a race at the highest competitive level. The fact that practically every racing jurisdiction in the world has a Derby in its program says a great deal about the 12th Earl’s huge influence on the sport.

What is your favourite racing venue and race?

I have to admit to bias on this one. Happy Valley on a Wednesday night is completely unusual and is my favourite. An outstanding and historic racecourse surrounded by skyscrapers in the heart of Hong Kong, one of the world’s busiest cities. Under lights, on a Wednesday night, the Valley bursts into life.

And my favourite race, and the one I most look forward to, is the Prix de l’Arc de Triomphe at ParisLongchamp, run on the first Sunday in October. Paris at that time of the year is autumnal and quite often there is soft ground, but the Arc holds its position as the premier all-aged G1 in Europe.

Being part of the team responsible for the 1979 German Triple Crown winner, Konigsstuhl. And, so far, he is the only German Triple Crown winner, having won the Guineas, the Derby and St Leger. It was also very satisfying to see him go on to become such a successful stallion. He was champion German sire in 1988 and 1994. He is famously the sire of Monsun, who in turn has made a name for himself, siring three Melbourne Cup winners, plus Her Majesty the Queen’s grand stayer Estimate, winner of the Ascot Gold Cup.

What is the biggest challenge the sport faces today?

Racing worldwide faces the challenge that we are in the entertainment industry, and the relevance of racing for many of the younger generation is not like it was 30 or 40 years ago. And to turn it around to make racing a sport that is popular entertainment, that is the biggest challenge. Because the sustainability [of racing] depends on the younger generation embracing the sport.

I would plead for completely medication-free racing worldwide, and that includes the USA. It makes sense that, in the modern world, that is what we should be striving for and what we should have.