She was the darling of Europe, a filly whose blemish-free record and swashbuckling come-from-behind style of running had race fans everywhere falling in love with her. And you can see from the photographs that it could be just as easy to fall for her new daughter.

This is Zarkava, mesmerising winner of five G1s for the Aga Khan in 2008, and the delightful homebred filly foal she gave birth to last week, a daughter of star stallion Siyouni, who stands at the Aga Khan’s Haras de Bonneval in Normandy. 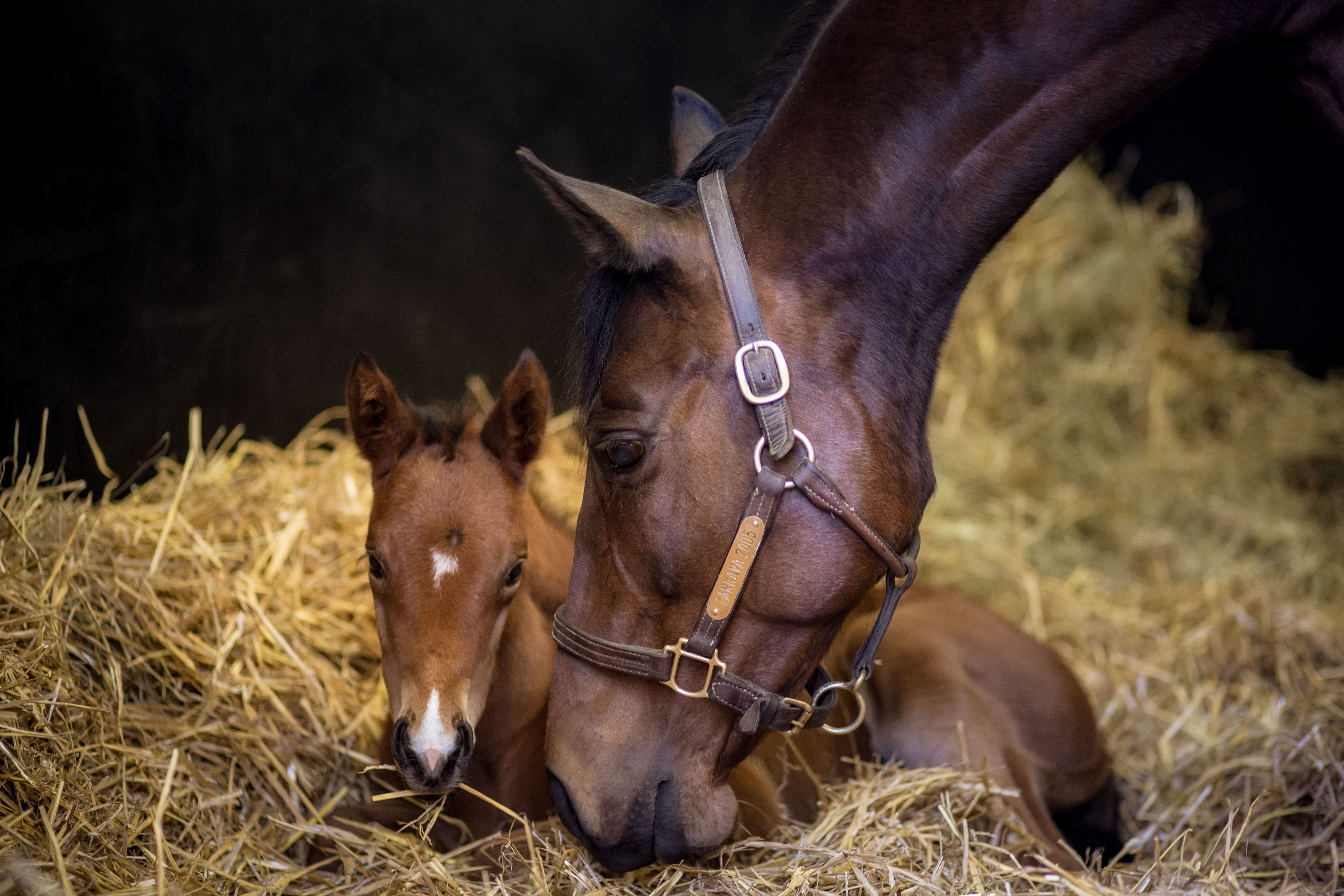 The hope is that the youngster can be at least as successful as her half-brother Zarak, a son of Dubawi, who added a fourth in the Dubai Turf at Meydan on Saturday to an impressive CV that includes finishing second (to Almanzor) in the Prix du Jockey Club last year and winning the G3 Dubai Millennium, also at Meydan, in February.

She’ll have to go some to match her mother, though. Zarkava retired to stud at the end of her 3-year-old career unbeaten in seven races, including the Poule d’Essai des Pouliches, the Prix de Diane and the Prix de l’Arc de Triomphe (see the YouTube video below).

Breeding the best to the best is certainly a policy the Aga Khan and his team have followed with Zarkava. To date, she has visited Dalakhani, Sea The Stars, Galileo, Redoute’s Choice, Frankel and Invincible Spirit, as well as Dubawi and Siyouni. She has another date soon with Sea The Stars, who stands at the Aga Khan’s Gilltown Stud in Ireland (alongside his son, last year’s Epsom Derby winner, Harzand).

Zarak is Zarkava’s best offspring so far, but the prospects must be good for the new arrival. Siyouni, a son of Pivotal showed class and precocity, making his first start in May and winning four races at two, including the G1 Prix Jean-Luc Lagardère at Longchamp.

Siyouni has been fully booked every year since he retired to stud. His fee is currently €45,000.