Question: which major racing nations provide the strongest programs for stayers? Answer: Germany, France and Britain. Question: how good are those programs? Answer: probably not as good as they should be.

The findings are based on a worldwide breakdown of all the Group and Graded races used in the TRC Global Rankings (which is pretty well all of them). They show that, while horses with stamina are the poor relations everywhere, they get a particularly raw deal in the U.S. and Australia.

The first chart below tells only part of the story, but it does illustrate how lopsided the racing world has become. Of more than 1,500 Group and Graded races in the leading 15 nations (in terms of the number of those races run), just 28 percent are over further than nine furlongs. 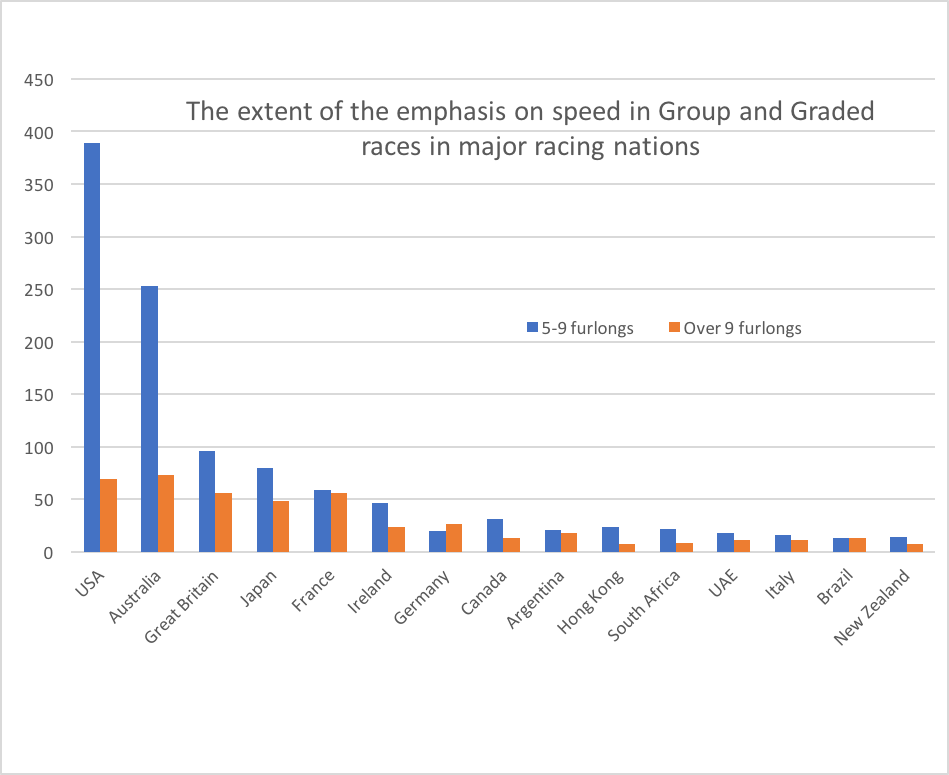 Note that only in Germany, where 56 percent of the races are beyond nine furlongs, is the red column bigger than the blue.

The U.S. and Australia stage more races over further than nine furlongs than the others, but in both cases the percentage of the overall total is much lower (only 14 percent of Graded races in the U.S. are beyond nine furlongs; the figure is 22 percent in Australia). Only Hong Kong, which has just 31 Group races, has a similarly low figure – 22 percent (just seven races beyond nine furlongs).

Of course, we’re not pretending that a race over further than a mile and an eighth necessarily constitutes a test of stamina. The second chart paints a more precise picture.

Breaking down Group and Graded races by distance 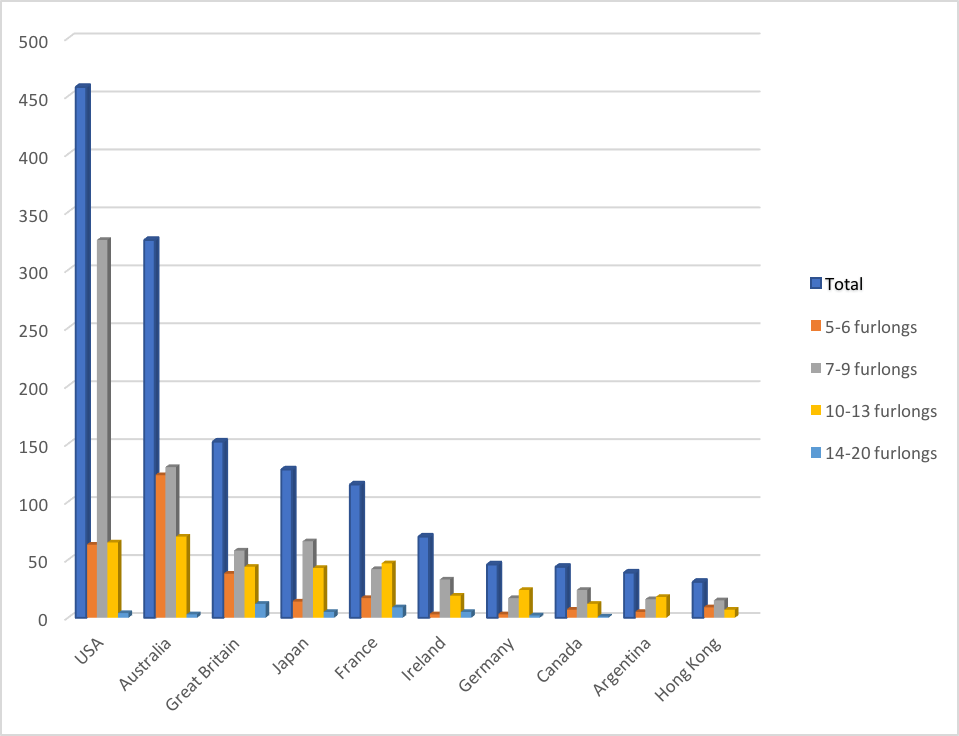 We’re looking at just the top ten nations here. The darker blue column on the left of each grouping represents the total number of Group or Graded races in that country. In all except three cases, there are more races over 7-9 furlongs (the grey column) than any other distance group. The three exceptions are France, Germany and Argentina, where the 10-13 furlong bracket (the yellow column) is the strongest.

We highlighted the relative strength of Britain’s program for stayers at the top of this article. That’s because of the lighter blue column on the right: Britain has the most Group races over a mile and threequarters and beyond (12) of any nation. Indeed just this year Britain upgraded the two-mile Goodwood Cup to G1 status, and a move is afoot to do the same with the Long Distance Cup, also over two miles, on Champions Day at Ascot in October.

Yet the 12 races in that light blue column represent just eight percent of the total number Group races in Britain, hardly a superhuman effort to encourage the breeding of stayers. Only France (eight percent, with nine races) and Ireland (seven percent, with five) have comparable records.

Indeed, Britain, France and Ireland have more Group races over 14-20 furlongs than all the other countries in the world put together.

It’s perhaps surprising that Japan’s program for stayers is not stronger considering the country’s reputation, yet 63 percent of their Graded races are over nine furlongs or less.

See the table below for the basic stats. 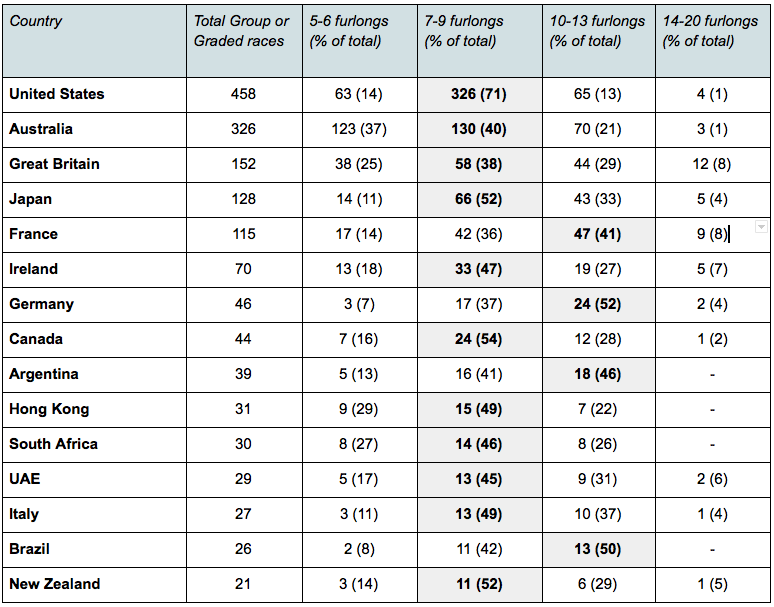