“I would rather go out there without my breeches, than without my whip.” The words belong to jockey Per-Anders Gråberg, a high-class Alpine skier who switched to horse riding “simply by accident” at the age of 13 and has since landed 14 riding titles.

Gråberg is not ‘whip-happy’, quite the opposite, but his experience of riding in jurisdictions with contrasting whip rules means he has developed some interesting views on a subject that has become a hot topic once again - check out this recent commentary by Daniel Ross on this site - after the Breeders’ Cup Classic. Geir Stabell reports. 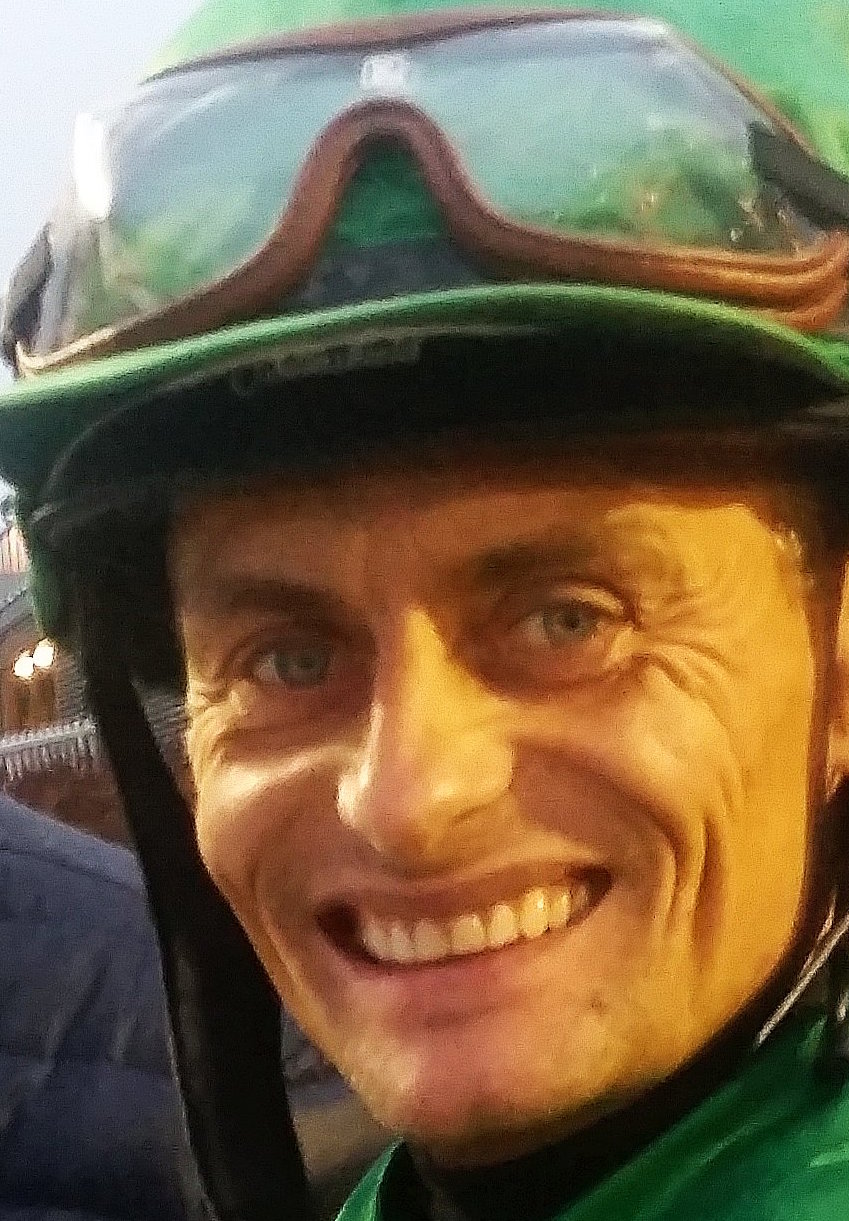 It’s a grey November afternoon at Øvrevoll racecourse outside Oslo. The penultimate raceday of the season offers a very ordinary racecard. Per-Anders Gråberg (pictured) has flown in from Stockholm, for five mounts. The 44-year-old will be riding without carrying a whip. No, he did not leave it behind in the overhead luggage compartment on the flight. Whips are only carried in juvenile races in Norway - and then just for safety purposes. All other races are contested without whips.

Gråberg is not comfortable with the Norwegian rules, probably the strictest in the world.

“In Sweden, we are allowed to hit the horse three times, and that's enough in my opinion,” he says. “Here we cannot even carry a whip. Don’t get me wrong, I’m not in favour of mad whipping. I hate it as much as anyone when I see a rider using the whip ferociously on an unplaced horse. But the whip is still important. I would rather go out there without my breeches than without my whip. I may need it. The breeches I can do without.

“But, when coming to Øvrevoll, I must comply with the rules. A couple of years ago, I rode a horse here that failed to turn – we went straight through the outside rail. I broke three ribs and got sidelined.”

The importance of balance

Perhaps he got lucky too – such accidents frequently have much more severe implications. “It’s not the only accident at this course that could have been prevented if the rider had a whip,” he says. “I’d say there’s a 90 percent chance I could have corrected the horse if I’d had the whip in my hand, and I had no chance without it.”

Gråberg, a professional jockey since 1995, with eight Swedish and two Norwegian championships to his name, along with six Scandinavian titles (a now defunct award for the top rider in Sweden, Norway and Denmark combined), was a good Alpine skier in his youth, consistently on the Stockholm team - which is one step below the national team. He was successful. He was also small and light, however and, as they developed and grew, other boys caught up with the nimble, well balanced Gråberg. Today, he talks a lot about balance when discussing the whip and its role in racing.

“I came into racing quite late,” he says, “just by accident, since we had a summer place close to jockey and trainer Bisse Lundgren’s farm. I was about 13, curious about these fast horses, and Bisse said, ‘You have small feet, you won’t grow tall, you should become a jockey.’” Gråberg, who had never sat on a horse before, replied, “That sounds cool.” Five years later, he took out his apprentice licence, working for John Huber and subsequently Mischa Khan at Täby Galopp.

“Starting race riding at 18 was late, compared to most other jockeys, but I had been skiing actively since the age of four and my balance was quite natural – something that helped me immensely. The whip helps the balance – riding without it is like a skiing without a skiing pole, totally different.

“In races without whips, riders often start waving the reins and shaking about in the saddle at the finish – trying to urge their horses - often resulting in the horses becoming unbalanced. It’s inefficient and it’s ugly.”

Having ridden in all three Scandinavian countries, as well as Germany, England and Dubai, Gråberg is used to having to adapt to different rules.

“In Sweden, whip restrictions have over the years been reduced from ten strokes to seven, then to five, and in recent years down to three strokes only,” he says. “It’s similar in Germany, where we are allowed five strokes, and this is fair enough, but I have two problems with these rules.

“Firstly, that slapping the horse down the neck – while keeping your hands on the reins – also counts. I feel that’s wrong. It’s just a wake-up call and I don’t think it should be treated the same as a back-hander.

“Secondly, stewards in these countries tend to just count, count, count – they do not assess the situation. I prefer the English way, where stewards don’t just count strokes but look at how the whip is being used, how the horse responds and so on.

“It’s not the seven-strokes rule that makes me favour England, not at all, it’s that the stewards interpret the race as well as the rule book. Jockeys are given more respect, and there is a better understanding of our job.”