In part two of our seven-part weekly series looking at the development of Saratoga Race Course, Paul Roberts and Isabelle Taylor explain how the magnificent 40-day race meet that begins there on Friday owes a huge debt to a remarkable character known as Old Smoke. The extracts are taken from their book The Spa: Saratoga’s Legendary Race Course.

In 1863, bitter civil war was consuming the United States. Yet, on August 3 that year, a new era dawned for Saratoga Springs. Thousands gathered to watch a three-year-old filly, Lizzie W., beat the colt Captain Moore to the post in the first race of an experimental meeting of Thoroughbred running races. There were only eight races in the meeting, held at what had hitherto been the Trotting Course, but the town of Saratoga Springs was never the same again.

The 1863 meeting was the brainchild of one of the biggest personalities in American gambling history – John Morrissey.

Known as Old Smoke, a nickname he had acquired during a brawl over a prostitute in which he was knocked onto a bed of hot coals, Morrissey had propelled himself from an impoverished childhood as an illiterate Irish immigrant to become a sporting hero, New York gambling tycoon and influential politician. 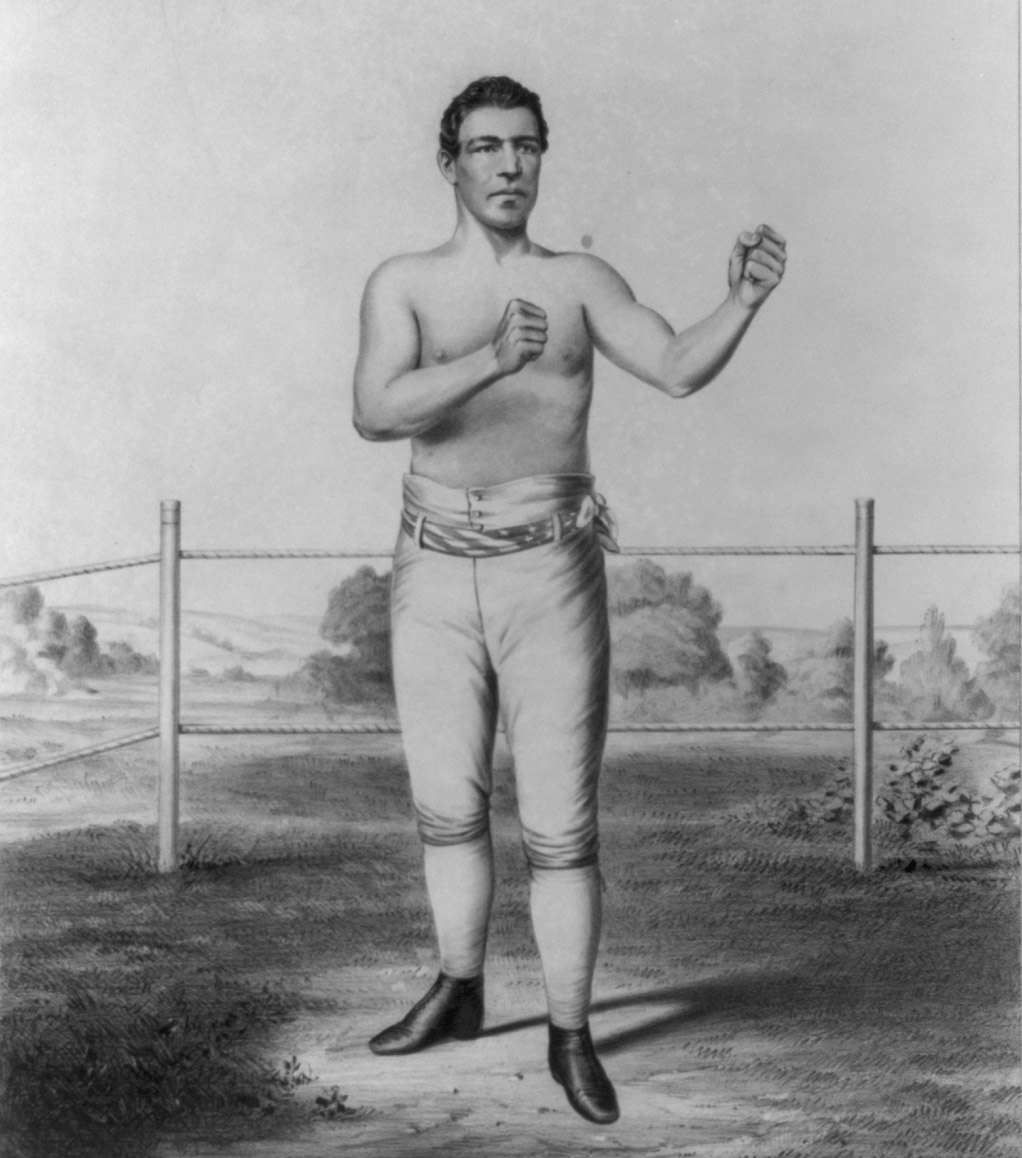 In 1861, he turned his attention to the fashionable resort of Saratoga Springs and expanded his gambling empire with the opening of a gaming house in the town.

By this time, the modest 1840s grandstand was no longer standing and the erstwhile trotting track had no building to accommodate spectators. Good views of the track were scarce thanks to the assortment of infield barns and pine trees. Moreover, the turns of the track were precariously tight.

Nevertheless, these shortcomings clearly mattered little to Saratoga’s early turfites. That inaugural meeting drew 27 horses and 15,000 people, each paying $1 for an admission card. The town’s hotels were full to capacity. On the final day of racing, guest numbers totalled 25 per cent more than the peak of the 1862 season. Overnight, the resort became summer’s horse-racing capital.

Revelling in the meeting’s social and financial success, on the day after the last race Morrissey drew together a band of society magnates and turf enthusiasts to found a jockey club, the Saratoga Association.

The Saratoga Association’s executive committee had a distinctive constitution. Overwhelmingly, it was formed of men of business, men like William R. Travers, Leonard Jerome, Erastus Corning and James Marvin. They brought a business-minded ethic to racing operations at the Spa. Gone was the unplanned, local character of match-racing. Horse racing became organised. It was transformed into a regularly programmed sport on a national scale, and it was governed by a tight circle of an elite group of racing enthusiasts.

On 2 August, 1864, the Saratoga Association opened a new racetrack opposite the original trotting course, retaining the latter as a training ground. Carriage after carriage travelled through the gate and deposited Saratoga’s fashionable pleasure seekers for the five-day meeting. It was a landmark day in national sporting history. The track was the United States’ first modern sports facility and one that continues today as the oldest extant example in the country.

Along the west side of the track, a grandstand was erected. It was a simple, timber building, architecturally modest but functionally appropriate. Raked seating for spectators was provided, beneath which were ‘retiring and refreshment rooms, ladies boudoirs and every needful convenience’.

The complex was completed by a betting ring, immediately east of the grandstand, and two judges’ stands overlooking the finishing line.

The success of the 1864 meeting was eclipsed by that of 1865. The length of the meeting was increased to six days while the size of the grandstand grew likewise. The structure was extended to the east and west by over half its length to some 320 feet, providing a total of 4,500 ‘elegantly cushioned’ seats for the assemblage of beauty, wealth and fashion vying for a spot in the stand.

In time for the meeting, an additional stand was erected near the clubhouse turn (first turn). Smaller and more modestly appointed than the grandstand, this ‘field’ or ‘public’ stand was originally uncovered. By 1875, though, it had acquired a roof, giving it a silhouette broadly similar to the grandstand.

1865 was a landmark year in another respect. It was in that year that Saratoga’s racing became legal in the eyes of the law.

The 1802 anti-betting state legislation had not been repealed, but a little- known bill passed in 1854 sanctioned racing that was conducted for ‘improving the breed of horses’. To the Saratoga Association, this provided the perfect loophole to make its racing activities legal, and the corporation was reborn as the ‘Saratoga Association for the Improvement of the Breed of Horses’.

The old trotting track, meanwhile, was not forgotten. Although the association’s new course had stripped it of its original function as a racing circuit, it continued to play a chief role in track operations, both for the stabling and training of Thoroughbreds. It was in the ensuing years that it began to earn its reputation as a bucolic retreat for horses, shaded by a growing canopy of pines, spruces and cedars. By the 1880s, the ambience had earned the ground its ‘Horse Haven’ epithet that it still retains.

As Saratoga grew in popularity, more stable accommodation was constructed in Horse Haven’s oval infield and on surrounding land. In terms of design and construction, the new stables were more or less identical to the earlier stable structures.

However, with the new administration came a new approach to the configuration of Horse Haven’s barns. Contrasting with the haphazard layout of the older structures nearby, the new stables and kitchens were arranged in ordered, parallel rows with gables aligned. Processions of trees were planted, evenly spaced, running alongside their lengths, and narrow, oval walking circuits were inserted in between or around them.

This rational, uniform layout attests to the business-like spirit of organisation, hitherto unknown, which the Saratoga Association brought to racing operations at the Spa.

While only photographs remain of Morrissey’s grandstand and public stand, the stables that were built under his management survive today and still play host to would-be winners every summer. Their amazing survival is testament to their quality of craftsmanship and design, and a visual memento of this epochal chapter in Saratoga’s long lifetime.

As the 19th century entered its last decades, though, a new chapter was to begin, and it changed the architectural character of the racecourse forever.