Three of James Willoughby’s four TRC Performers of the Week are discussed here, but we are presenting a separate article this time to pay tribute to the fourth.

It is a poignant and posthumous award this time, going as it does to REDOUTE’S CHOICE (+3pts, #43 from #49). We were sad to hear of his passing this week and he rightly receives this nod to his contribution – the second time in under a month in which he has received the award down to a victory by The Autumn Sun.

With no shame, we will repeat exactly what we said then:

“As high as #28 in 2017, the son of Danehill would have been top ranked at some point had our classifications started earlier than 2014. The great Arrowfield product has proved a top-class runner, sire of runners and sire of sires.

Underneath is a chronological list of the 103 Group and Graded Stakes winners who have counted towards TRC Global Rankings and were sons and daughters of Redoute’s Choice.

As final tribute, we have produced the TRC Global Ranking of Sires as it would have appeared on the final day of 2011, using only data from that calendar year.

How Redoute’s Choice ranked at the end of 2011

His 103 Group winners counting towards the rankings since 2011 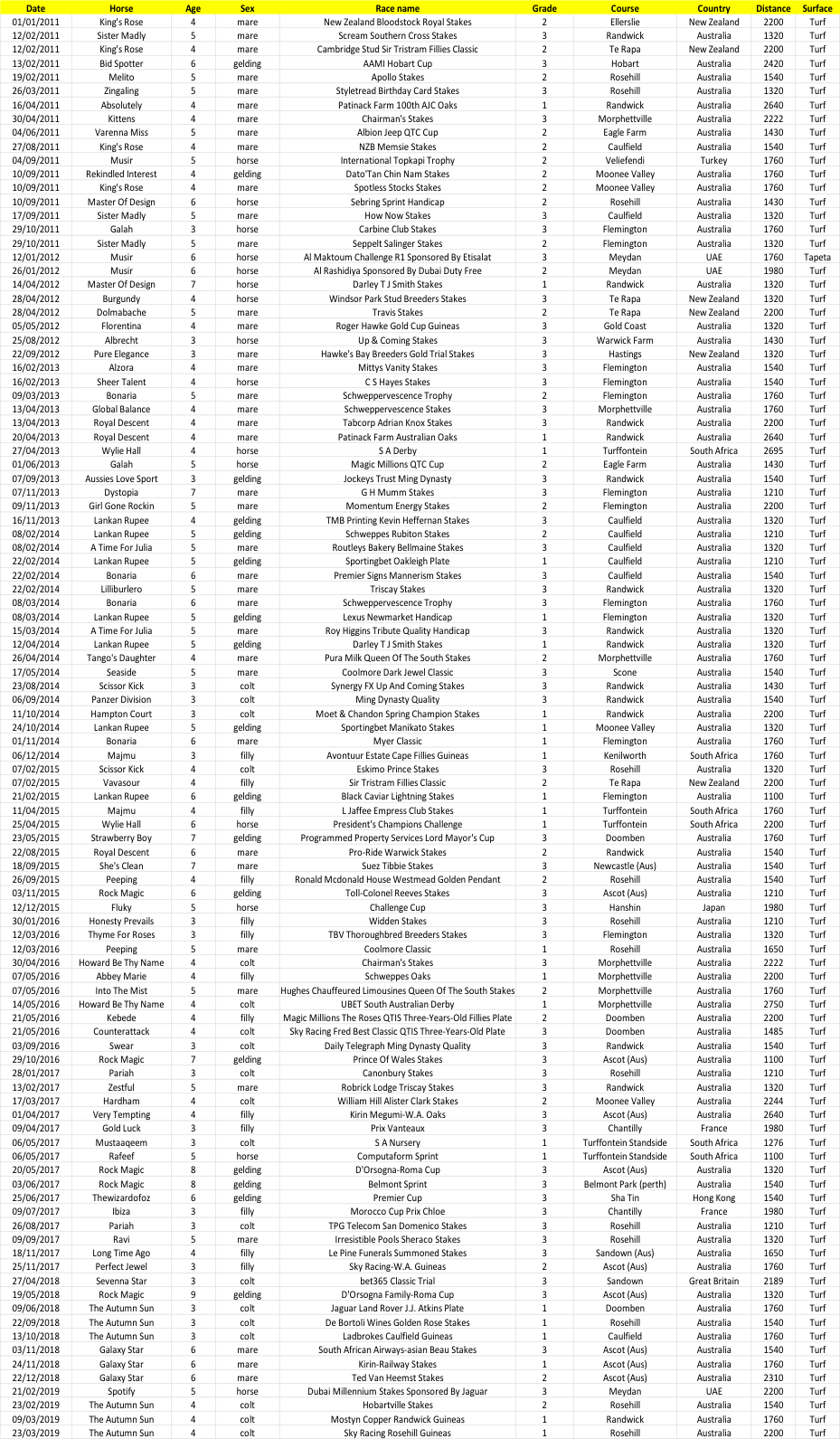