What is being described locally as the most important day in the history of racing in Bahrain comes to pass on Friday when a cosmopolitan field descends on the Arabian Gulf for the inaugural edition of the £500,000 Bahrain International Trophy. 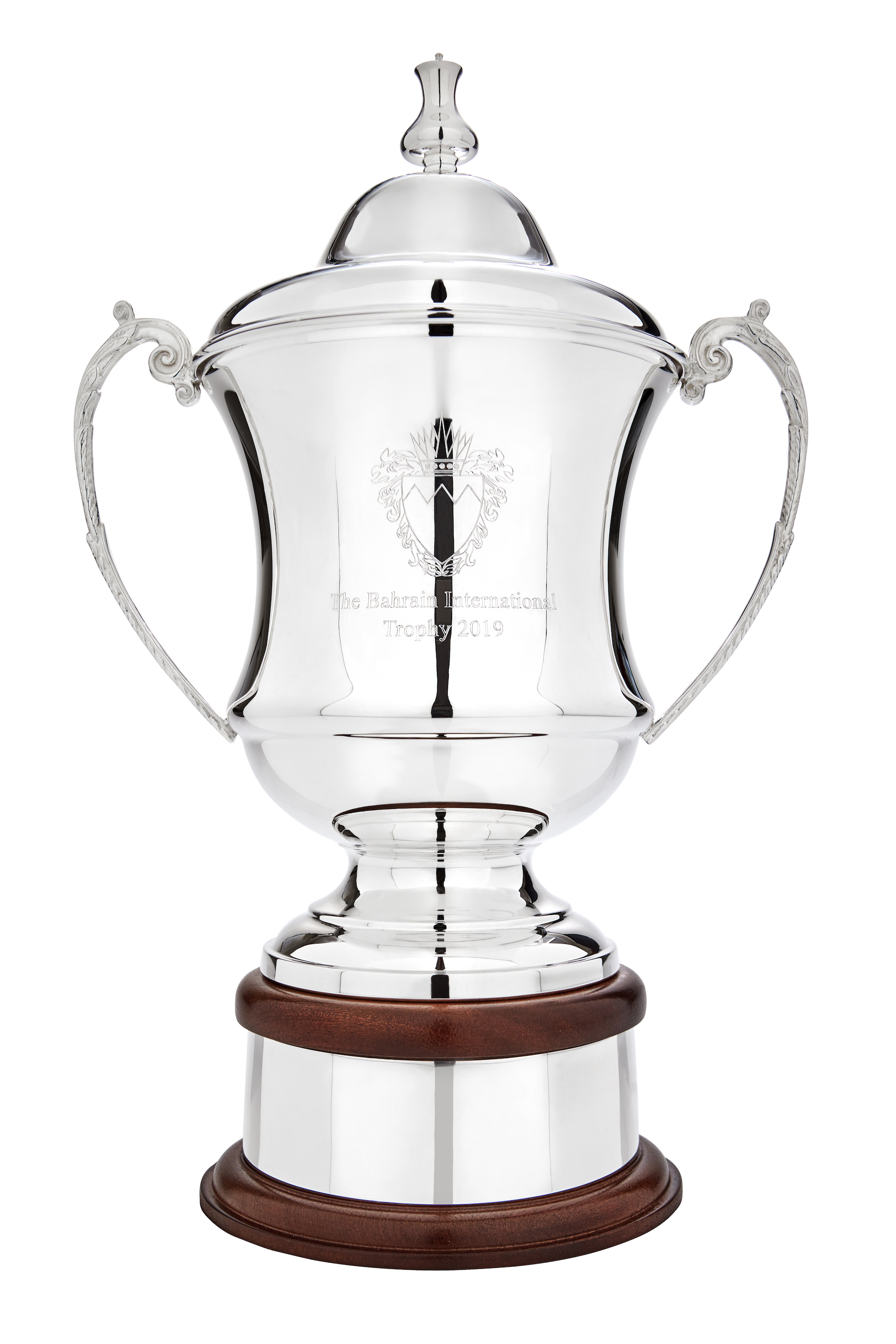 The newest stop on the global racing circuit is the Rashid Equestrian and Horseracing Club (REHC), based at Sakhir, about 30km south of the capital, Manama, where nine European-trained horses join five locals as the kingdom hosts its first international race.

The new race marks a hugely significant development in the Bahraini racing scene. “Our biggest goal was to attract a good field of highly rated European horses and top owners, trainers and jockeys to Bahrain, and we have achieved that,” said REHC executive director Sheikh Salman Bin Rashed Al Khalifa.

Established in 1977, the REHC usually races once a week in Bahrain, generally hosting seven-race cards featuring three races for imported Thoroughbreds, three for locals, plus a race for purebred Arabians. “For more than 40 years, we’ve been hosting local races and now, for the first time, we are hosting this international race,” says Sheikh Salman. “It is definitely by far the most important race ever hosted in the Kingdom of Bahrain.

“As well as benefiting our racing, I believe the event will do a lot to help tourism in Bahrain,” he added. “We have put in place a schedule of events that will enable visitors to have a look at our country, which will add value to their experience. Our aim is for everyone to leave with a positive image of Bahrain.”

Dubai’s Maktoum family have lent support by sending two leading contenders in the shape of Turgenev and Afaak. Turgenev (Rab Havlin), a 3-year-old son of Dubawi, gained notoriety at Royal Ascot as the horse on which Frankie Dettori was beaten when he was collared by Biometric in the later stages of the Britannia Stakes, thereby denying the jockey a famous five-timer.

He was last seen finishing second to subsequent Queen Elizabeth II Stakes winner King Of Change at Sandown, and Thady Gosden, pupil-assistant to his father John, suggested the Bahrain test might be right up his street.

“He’s travelled over very well – we’re pleased with him and he’s enjoying the sun like everyone else,” he said at the post-position draw ceremony, held at the Four Seasons Hotel in Bahrain Bay.

“This has been a target for a while now. He ran over ten at the start of the season, then we dropped him back to a mile and he ran well in the Celebration Mile at Goodwood and at Sandown last time. Sending him back up in trip on slightly faster ground and an easier track might suit him.” 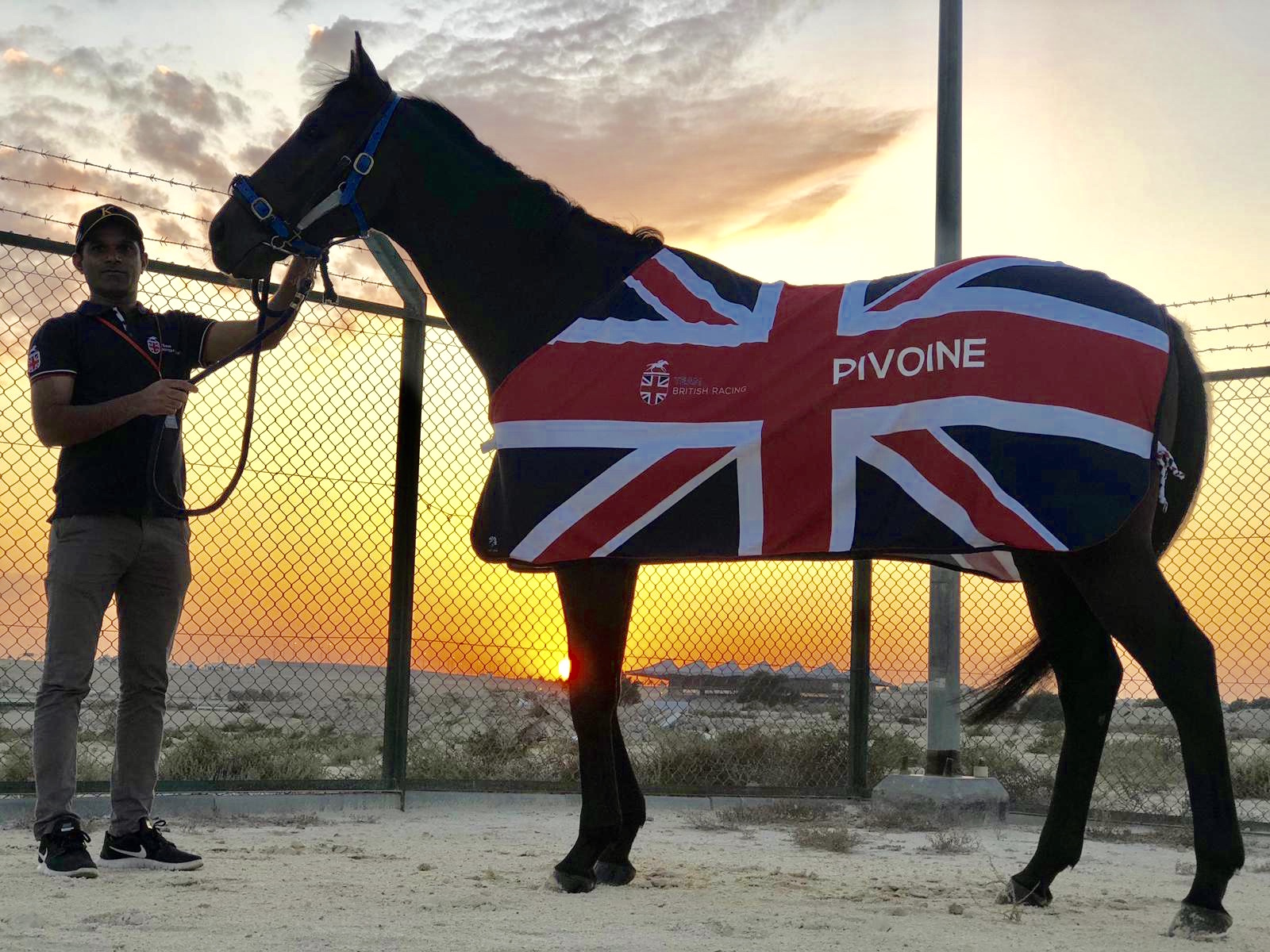 Sheikh Hamdan’s Afaak (Charlie Hills/Jim Crowley) went one better than Turgenev at Ascot, where he won the Royal Hunt Cup. Now he steps up to a mile and a quarter for only the second time in his life; all four career victories have come at a mile.

While there is not much between three or four of the European visitors, among the higher-rated are Prix Dollar runner-up Mountain Angel (Roger Varian/Andrea Atzeni) and John Smith’s Cup winner Pivoine (Andrew Balding/Silvestre de Sousa).

The only top-level scorer in the field is Fabrice Chappet-trained Intellogent, ridden by French racing’s new superstar jockey, Pierre Charles-Boudot, whose super six winners across Arc weekend were highlighted by Waldgeist in the Arc.

Intellogent landed his G1 in July 2018 in the Prix Jean Prat at Deauville, but the 4-year-old has been below that level of form this season, though his connections seem hopeful of an upturn and he is not penalised for that G1 success

With much-traveled Royal Julius also representing France and the filly Sword Peinture flying in from Germany, organisers can feel rightly proud of the level of overseas interest their new contest has attracted.

However, that is not to say the race is marked for export, with a five-strong domestic defence headed by local hero Thorkhill Star (Allan Smith/James Doyle) looking to expoit home-track advantage.

A dual winner at Beverley when he was bought out of Richard Fahey’s yard for 28,000gns at Tattersalls in July 2015, the 7-year-old has gone from strength to strength in Bahrain, winning a plethora of the kingdom’s top races for perennial champion trainer Smith.

He was unbeaten in seven races last term to extend his winning streak to ten; he has won 21 races altogether. “His record speaks for itself, really, and he’s just got better and better every year,” said Smith, who first went to Bahrain after leaving Belgium in 1994.

Surprisingly, stable jockey Gerald Mosse has chosen his 4-year-old stablemate Rustang, a five-time winner for Richard Hughes, who won two of his three races last season in Bahrain, where the current campaign started only a fortnight ago. Also in the home team is Euginio (Fawzi Nass/Paddy Mathers), a G3 winner for Richard Hannon.

Both the Smith-trained horses are owned by Al Adiyat Racing, the stable of Sheikh Isa Bin Salman Al Khalifa, the son of the Crown Prince and second in line to the throne. In a sense, there would be no more fitting winner of Bahrain’s highest-ever profile race than Thorkhill Star, the star of Bahrain racing – but Sheikh Isa admits this is one race where the result does not entirely matter to him.

“This race is a stepping stone to bigger things ahead,” he explained. “We have a lot of ideas about how we can expand the programme in years ahead, but this year I am honoured to welcome trainers who have sent runners.

“I have two runners and I am thrilled they are running,” he added. “However, this is probably the one race in history where I’ll say I won’t be too disappointed if I get beat!”