Even though we have covered their recent surge of victories extensively, Sheikh Mohammed’s GODOLPHIN operation simply have to land the honours here after an outstanding six Group wins last week – including two at G1 level. They gain 2pts and close the gap with world #1 Coolmore Partners to just a single point. It looks only a matter of time before there’s a change at the top of the owner standings. 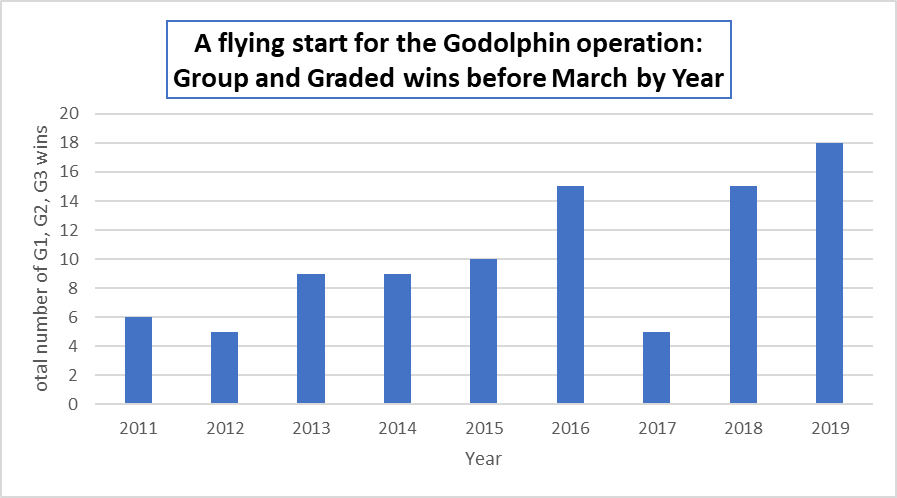 There is no need to go over the causal reason for Godolphin’s improved efficiency. In the week we promoted Charlie Appleby (+4pts) to world #1 trainer, he had three Group winners at Meydan, while in Australia James Cummings (+5pts, #12 from #14) added two, including the G1 Yulong Futurity. The other Godolphin winner was trained by another fast-riser in the trainer rankings, Anthony Freedman (+5ps, #27 from #34).

Having excepted Charlie Appleby (three wins) and James Cummings (two wins) from winning this category in order to break up the relentless Godolphin theme, and, given that Todd Pletcher (two wins, same as John Velazquez) is covered in the Jockey section, this goes to the partnership of MATTHEW ELLERTON & SIMON ZAHRA (+5pts, #131 from #174) for the G1 Oakleigh Plate win at Caulfield.

Ellerton and Zahra delivered the very smart mare Booker in great shape to avenge a luckless defeat in the race last year, when the daughter of Written Tycoon (+5pts, #36 from #49)  could not overcome a wide gate. They sent out Aristia to win the G1 Kennedy Oaks last November. 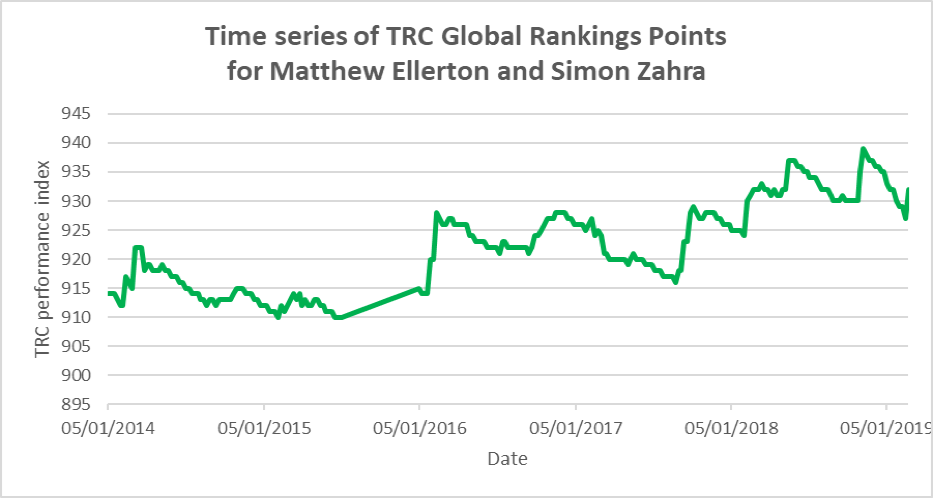 As high as #28 in 2017, the son of Danehill would have been much higher ranked had our classifications started earlier than 2014. The great Arrowfield product has proved a top-class runner, sire of runners and sire of sires.

Read Velazquez shows he’s still got what it takes