For many racing fans, the bloodstock side of the sport remains an enigma, an opaque veil obscuring breeding from view. The Irish Thoroughbred Marketing Irish Stallion Trail lifts that veil and provides fans with a coveted backstage pass.

It educates many about the bloodstock industry, giving insight into the formative years of a racehorse, what happens before it ever sees a training yard, and, most thrillingly, allowing fans to catch up with the stars of past seasons who will be on show at more than 25 of Ireland’s best stallion farms on Friday and Saturday (January 10-11).

From global giants to family farms, the Irish Stallion Trail encompasses every facet of the country’s bloodstock industry, all while displaying some of the world’s greatest horses and legendary Irish hospitality.

Ireland is home to the best in the bloodstock industry, with the Magnier family’s Coolmore Stud an Irish farm that has revolutionised the breeding of Thoroughbreds to become one of the biggest players on the international stage.

Coolmore’s main Irish stallion farm in Fethard, County Tipperary, is the residence of the world’s greatest sire, Galileo, whose extraordinary career has redefined the standard of greatness in a stallion. The Epsom Derby, Irish Derby and King George VI and Queen Elizabeth Stakes winner recently turned 22, and he is the crown jewel amid a treasure chest of outstanding horses who will be available to view at Coolmore Stud.

As well as Galileo, fans and breeders will be able to inspect his top-class sons and grandsons who stand alongside him there.

Dual Derby hero Australia, a son of Galileo and the brilliant Ouija Board, as will be on show with his third crop set to hit the track in the coming season. Also there are the magnificent Churchill, champion European juvenile and dual 2000 Guineas winner, whose oldest foals are just yearlings, another dual Guineas winner in Gleneagles, whose first crop excelled in 2019, Highland Reel, the highest-earning European-trained horse of all time, and The Gurkha, winner of the Poule d’Essai des Poulains and Sussex Stakes who has his first runners this year.

Galileo’s grandsons at Coolmore have been enhanced with the addition of last season’s Newmarket 2000 Guineas winner Magna Grecia, who also won the Group 1 Vertem Futurity Trophy at two. Out of the G3 winner Cabaret, a daughter of Galileo, the son of Invincible Spirit emulated another grandson of Galileo with his G1 victories and now stands alongside that horse, Saxon Warrior, whose first foals are due any day now and who provides fans and breeders with a rare opportunity to see a son of the late, great Japanese sire Deep Impact at stud in Ireland.

Stars of the past who have carved out successful stallion careers at Coolmore include the 2000 Guineas winner Footstepsinthesand, champion 2-year-old Holy Roman Emperor and seven-time G1 winner and world champion Rock Of Gibraltar, who turned 21 on January 1.

For lovers of greys, Coolmore have two top-class specimens - the European champion juvenile Mastercraftsman, who is the sire of champion Alpha Centauri, one of his 14 G1 winners.

The younger, steel grey Caravaggio electrified the foal sales with his progeny and the G1-winning son of Scat Daddy is one of the most exciting stallion prospects in Europe. He stands alongside No Nay Never, who looks like taking up Scat Daddy’s legacy in Europe, with his first two crops laden with Group winners. One of them, the G1 Middle Park Stakes and July Cup winner Ten Sovereigns, begins stallion duties alongside his sire at Coolmore this year.

Dubai’s ruling family has invested heavily in Irish racing, bloodstock and stud farms, and Sheikh Mohammed’s Kildangan Stud and his brother Sheikh Hamdan’s Irish stallion base of Derrinstown Stud, both in County Kildare, both open to the public during the Stallion Trail.

At Kildangan, visitors will be able to view a roster that includes some of Europe’s best stallions, headed by Shamardal, described on this site by James Willoughby as ‘the stallion of 2019’.

Winner of the Poule d’Essai des Poulains and Prix du Jockey Club, Shamardal had an outstanding year with three of his juvenile colts earning G1 glory, led by the European champion juvenile Pinatubo, and he was crowned leading sire at Royal Ascot. His son Blue Point became the first horse to win two G1 events at the Royal meeting and the winner of the King’s Stand and Diamond Jubilee Stakes takes his place alongside Shamardal at Kildangan.

For breeders especially, the return of Night Of Thunder to Kildangan from Dalham Hall is a particularly welcome development. The 2000 Guineas and Lockinge Stakes winner began his stud career at Kildangan, and Irish breeders have been rewarded for the success of that first crop with the opportunity patronise him in this country once more. His first runners included a brilliant return of seven stakes winners, and the Stallion Trail will provide many with their first glimpse of the chestnut son of Dubawi since he left Kildangan in 2017. 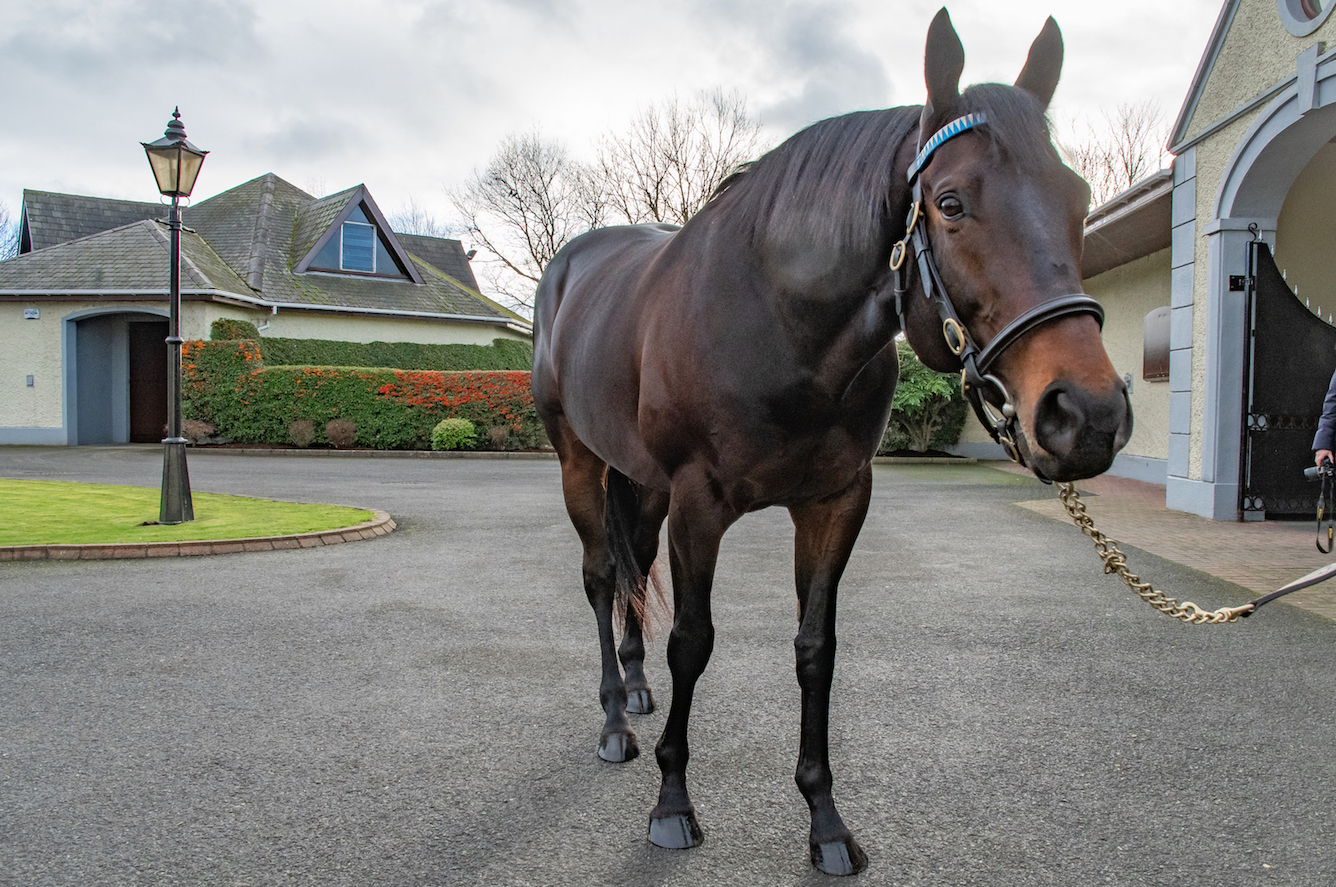 Racing fans will relish the opportunity to catch up with old favourites such as Teofilo, the European champion 2-year-old colt of 2006, who was trained by his breeder, Jim Bolger. Unbeaten during his only season to race, the son of Galileo is the sire of 16 individual G1 winners, including Godolphin’s Melbourne Cup winner Cross Counter.

The redoubtable Exceed And Excel offers fans an opportunity to discover the global nature of the bloodstock industry and learn about stallions shuttling between the Northern and Southern Hemisphere covering seasons, and there is no better exponent of shuttling than Exceed And Excel.

Derrinstown Stud is home to four stallions with the 2016 Irish 2000 Guineas winner Awtaad sure to be popular with breeders and fans alike. Sheikh Hamdan’s homebred colt was part of one of the best stories of the 2016 season as his Classic success was masterminded by legendary octogenarian trainer Kevin Prendergast. Awtaad stands alongside Tamayuz, sire of 2019 G1 Lockinge Stakes winner Mustashry and Gallic Chieftain, a star last season in Australia. 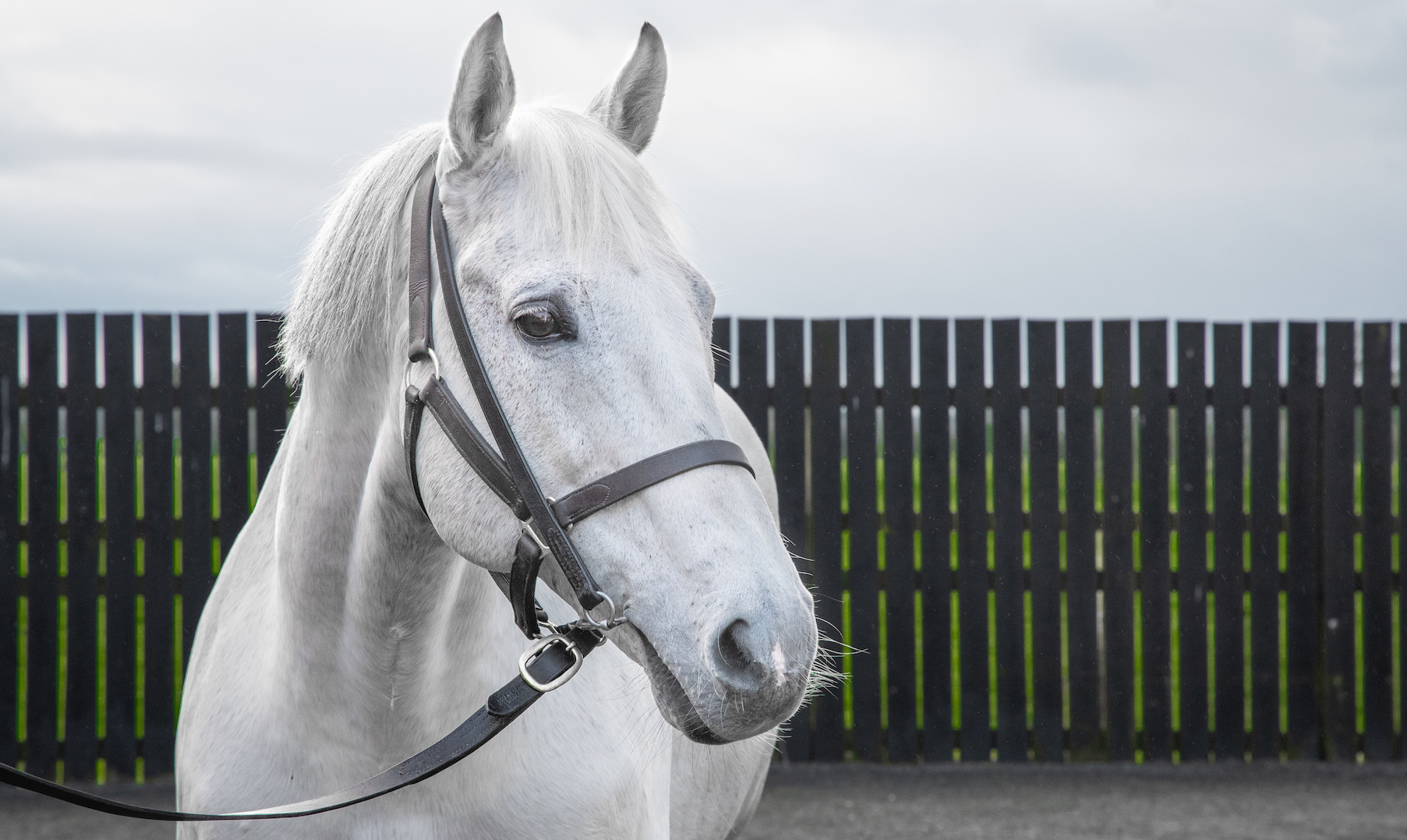 The Aga Khan’s pastoral paradise of Gilltown Stud outside Kilcullen, also in County Kildare, is home to one of the greatest racehorses of them all. Unbeaten at three in a streak that began with the 2000 Guineas moved on to the Derby, took in the Eclipse, Juddmonte International and Irish Champion Stakes and culminated in triumph in the Prix de l’Arc de Triomphe, Sea The Stars accomplished a feat that had never before been attempted.

He is also covering himself in glory as a stallion - he is currently world #3 behind only Dubawi and Galileo, his half-brother  - with 12 individual G1 winners and more than 50 stakes winners, including 2019 G1 scorers Star Catcher, Stradivarius and Crystal Ocean. His Derby and Irish Derby-winning son Harzand stands alongside him at Gilltown and it is an exciting year for the young stallion whose first runners will be seen in 2020.

The picturesque and historic Ballylinch Stud on the banks of the River Nore in Kilkenny will open its doors for the Irish Stallion Trail and visitors will be able to see the new recruit, Arc winner Waldgeist, alongside one of Europe’s best stallions, Lope de Vega.

In Kildare, Yeomanstown Stud will welcome visitors eager to see another member of Europe’s elite in Dark Angel, who resides alongside his son Gutaifan, as well as Camacho, El Kabeir and, new for 2020, Invincible Army. 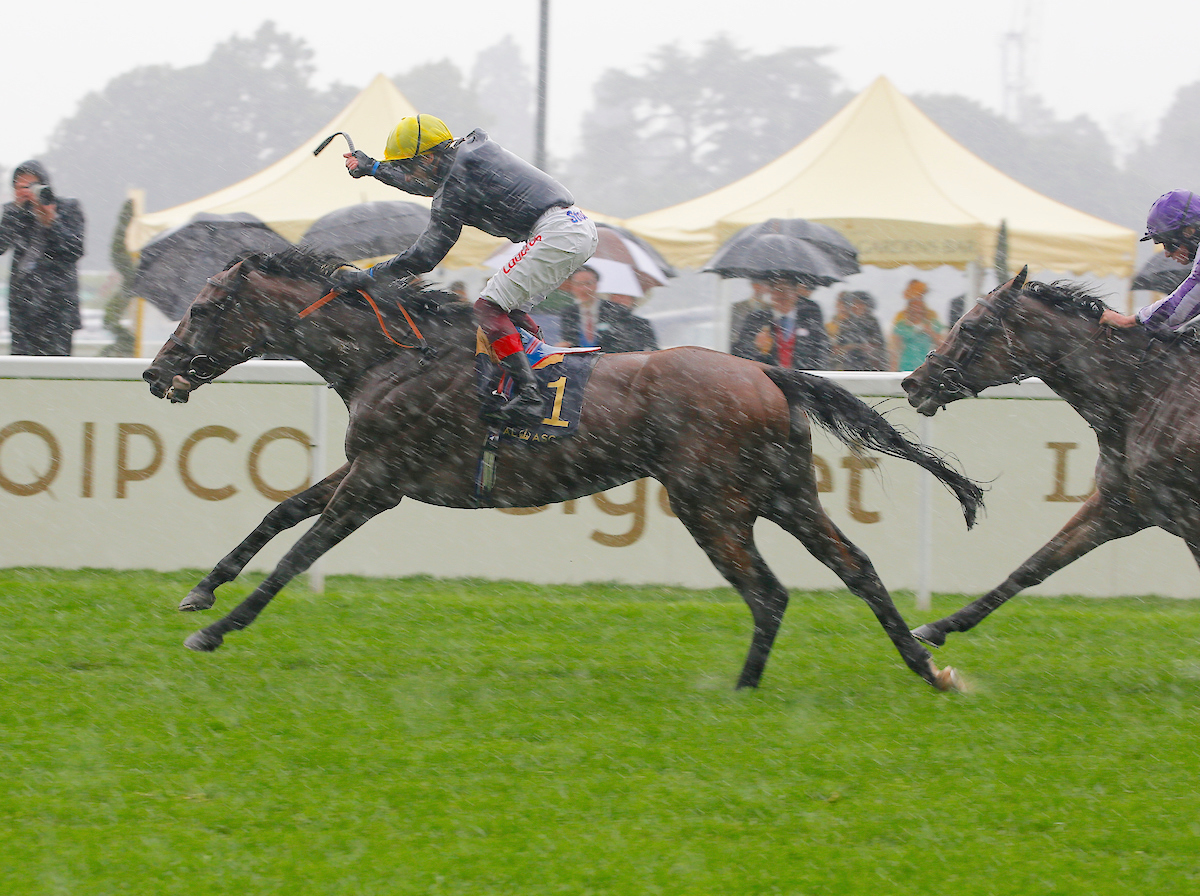 Irish racing fans have a special place in their hearts for National Hunt racing and many of the country’s main jump racing studs are opening their doors for the duration of the Stallion Trail.

The Cashman family operates both Rathbarry and Glenview Studs in County Cork, and, while Acclamation and James Garfield are sure to attract plenty of flat breeders to Rathbarry, racing fans will flock to Glenview, where they can see Shirocco, sire of the champion Annie Power, and Sholokhov, whose best offspring is the Gold Cup hero Don Cossack.

The Hickey family’s Sunnyhill Stud in County Kildare is famed for standing Old Vic, sire of Gold Cup winner Kicking King, bred by the family, who also bred current G1 chaser Kalashnikov, among many other top-class horses. They currently stand three stallions Doyen, Casamento and Lucky Speed, who will all be on show.

Yeats, who claimed his own pedestal in the pantheon of Royal Ascot greats with his four Gold Cup victories, is sure to be popular at Coolmore’s Castlehyde Stud outside Fermoy in County Cork. He leads the jumps stallion division, which has been bolstered by the recruitment of Crystal Ocean, who was rated joint best in the world last year alongside Enable and Waldgeist, and Irish Derby and St Leger winner Capri.

For more information on the Irish Stallion Trail, including details of all the farms taking part, registration and route planners, click here.