Just 15 months ago, Mirco Demuro was the world’s 43rd ranked jockey in the TRC Global Rankings. Newly based in Japan, solid reputation, riding plenty of winners, doing quite nicely thank you very much. Since then, though, he has done nothing but soar. 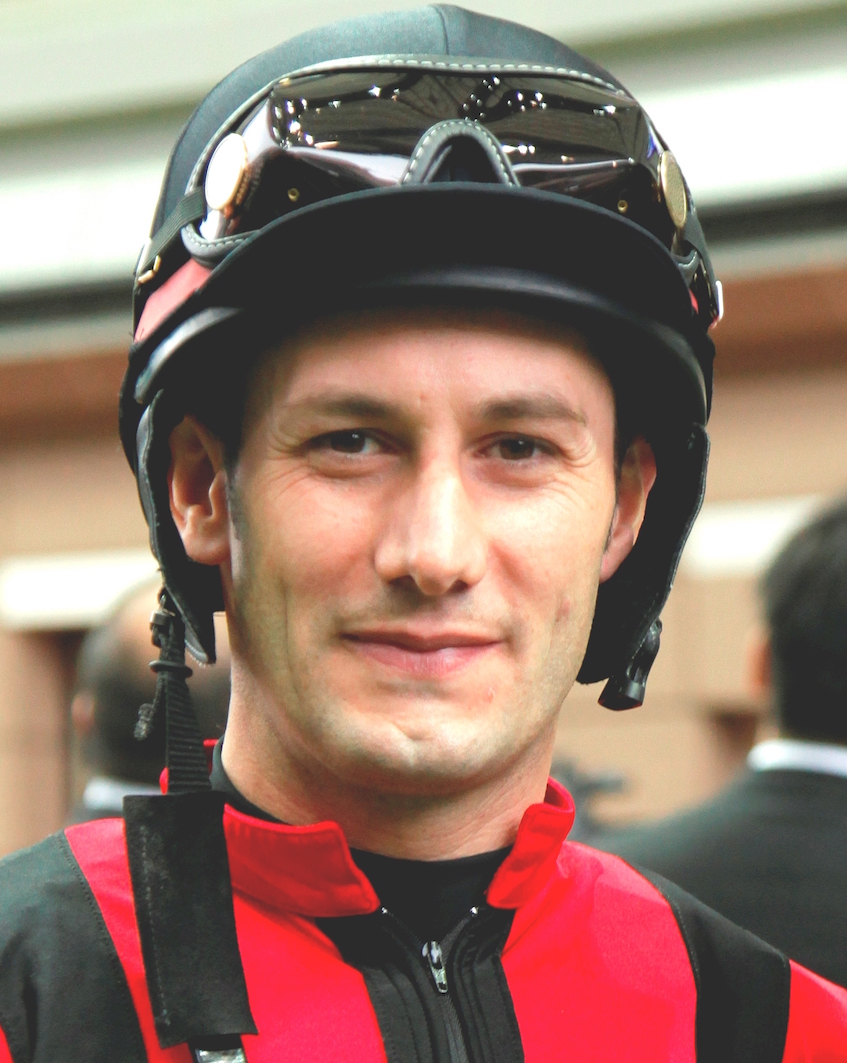 Increasingly, he has become the go-to rider in one of the fastest-rising, most competitive racing nations on Earth. If there’s a big race in Japan, it’s a pretty safe bet the 38-year-old Italian (photo: hkjc.com) will be on one of the leading fancies. As often as not, it will be him driving home the winner.

So much so that Demuro has this week become the world’s third-highest ranked jockey, with only Englishman Ryan Moore and Australian Hugh Bowman ahead of him in the standings.

And the man Demuro deposed from that #3 slot? None other than fellow Italian Frankie Dettori.

Rome-born Demuro, himself a former five-time Italian champion jockey, has been in particularly formidable form over recent weeks, and he showed it again at the weekend, winning a G3 on Saturday and the G2 Nakayama Kinen the day after on 6.1-1 chance Neorealism (see YouTube video below).

That meant an eight-point week-on-week gain in the rankings, which pushes him up from fifth, overtaking not only Dettori (who is now fourth) but also France-based Belgian Christophe Soumillon, who drops from fourth to fifth.

Demuro, who has also ridden regularly in France, Britain and Hong Kong, got his Japanese Racing Association licence in March 2015 (passing a qualification exam, having failed it in 2013).

His rise underlines the dire plight of racing in Italy. Of the top five Italian-born jockeys around at the moment, only one, Fabio Branca, rides mainly in Italy itself.

Includes all rides in all Group or Graded races worldwide over the last three years. Cristian Demuro (aged 24) is Mirco’s younger brother.

Of course, this is a quiet time for Europe-based jockeys, with plenty of top-level action in the Far East and Australasia, although Dettori, Soumillon - and indeed Moore - have had some success around the world during the European winter. 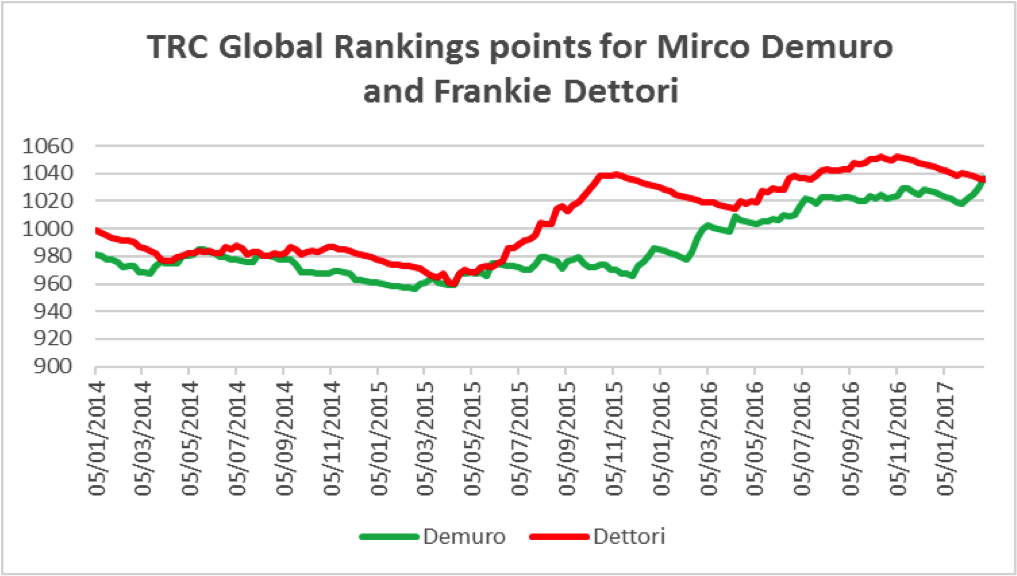 Check out the graph alongside to see how Demuro’s rankings points totals have compared with Dettori’s over the last three years.

And don’t expect Demuro to go into retreat anytime soon. The 2017 program of Japanese graded races is only just getting going.

The same goes for the man immediately above him in the standings, Hugh Bowman, who gained six points in the rankings himself after winning two of the biggest races in the world at the weekend - the G1 Citi Hong Kong Gold Cup at Sha Tin on Werther on Sunday, and the G1 Chipping Norton Stakes at Randwick on Saturday on the great Winx.

It helped him close a little on Ryan Moore, who still has 15 ranking points in hand, but the Brit’s #1 position could come under threat if Bowman maintains his momentum through a busy March in the Southern Hemisphere.

Last week was also a good week for Bowman’s Aussie compatriots Brad Rawiller and Craig Williams, who both gained six points. Rawiller, who has surged up the standings recently partly because of his association with Darren Weir (now ranked second in the world trainers’ standings - behind only Aidan O’Brien) is up to #28. Williams has climbed to #30.

Outstripping them both, though, was Joao Moreira, who gained seven ranking points and is up two places to world #7. He scored a Group-race double at Caulfield in Australia on Saturday and was back in Hong Kong on Sunday to ride Able Friend to finish second to Helene Paragon in the G1 Queen’s Silver Jubilee Cup at Sha Tin.