It was Jean-Claude Rouget who was the sporting loser congratulating a victorious John Gosden after his hot favourite was beaten in the G2 Prix de la Nonette at Deauville last month. Come Prix de l’Arc de Triomphe day on October 6, the Frenchman will be hoping the roles are reversed when impressive Prix du Jockey Club winner Sottsass bids to stop Gosden’s Enable winning her third consecutive Arc.

But first Sottsass’s credentials are being put to the test - on Arc Trials day at ParisLongchamp this coming Sunday. The son of Siyouni, who has not run since his Chantilly triumph, will be trying the Arc trip of a mile and a half for the first time in the G2 Prix Niel, one of three high-level 12-furlong Arc preps on Sunday’s ParisLongchamp card, along with the G1 Prix Vermeille and the G2 Prix Foy.

Of course, Sottsass - and every other runner in the Arc - will truly be up against it against the great Prince Khaled Abdullah-owned mare, who has shown herself to be as good as ever this season, winning three G1s in less than seven weeks this summer: beating Magical in the Eclipse Stakes at Sandown in July, Crystal Ocean in a thriller for the King George at Ascot later the same month, and Magical again in the Yorkshire Oaks in August. Enable is a shade of odds-on for the Arc with most British bookmakers.

It’s a marketing dream for France Galop with Enable and Frankie Dettori’s attempt to win a record third Arc likely to swell the attendance to a full house 50,000 on the first Sunday in October. Naturally, the home crowd would prefer a French win, and a better performance overall from the home team, which took  just one of the six G1 Thoroughbred races on the Arc card last year.

The omens are not good. French-trained runners have landed just one of the nine G1s run in France since they triumphed in the Prix du Jockey Club (via Sottsass) and the Prix de Diane (Channel) in June. (The sole winner was the André Fabre-trained juvenile Earthlight in the Prix Morny at Deauville last month.)

It is five years since a French-trained horse last won the Arc, Treve taking it for a second time in 2014. Since then there has been an unprecedented lack of quality 3-year-old middle-distance runners trained and bred in France. Last year Prix du Jockey Club hero Study Of Man fared best of just four French participants in the Arc, and he could manage only ninth in a field of 19.

Even owner-breeder the Aga Khan has not been producing his usual Classic-level horses of late.

None of the last four Arc winners have been French-trained. Before this sequence, foreigners had never won the race more than twice in a row - in 93 runnings. 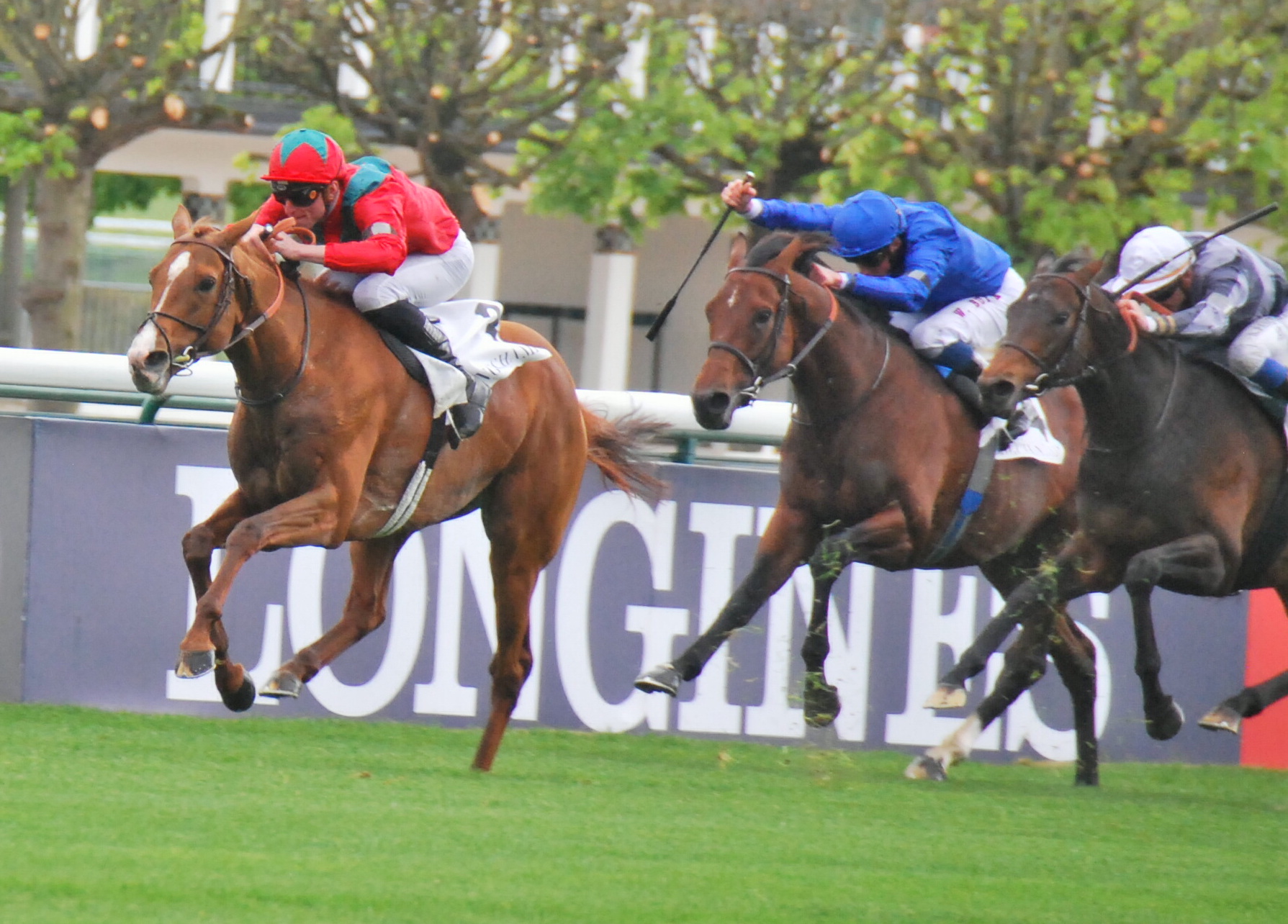 The French challenge suffered one blow this time when it was revealed that with the Wertheimer-owned 3-year-old Slalom - narrowly beaten by the Ballydoyle colt Japan in the Grand Prix De Paris in June - would be a non runner.

“The horse subsequently sustained an injury and is out of training,” said Fabre, his trainer. “It’s a pity as Slalom finished very well in the Grand Prix de Paris after losing ground when starting slowly.” Japan subsequently showed his Arc credentials when beating Crystal Ocean in another thriller in the Juddmonte International at York.

However, Fabre, who has trained seven Arc winners (the last was Rail Link in 2006) was impressed with Sottsass’s performance in the Jockey Club. “The horse showed a lot of class and this weekend’s Prix Niel will determine whether he gets the extra 300 metres or not,” he said.

As he is a son of the miler Siyouni, there are doubts whether Sottsass will get the trip on Arc day, whereas main market rivals Enable, Crystal Ocean and Japan are all proven at the distance. “I can give you the answer to that after the Prix Niel,” said Rouget. “But I have a good feeling about it.

“The horse is in good form and has been working very well. I have had good horses before but I never compare them.”

Rouget, who has yet to win the great race, described the quality of the likely Arc line-up as “average”. “There is not a great deal of strength in depth, with the commercial market aimed more at breeding milers,” he added.

“We take our time developing horses and try to breed a few Classic middle-distance level ones each year,” said Pierre Yves Bureau, manager at the Wertheimers’ Haras De Saint Leonard in Normandy. “Here in France, Le Havre and Intello are proving good commercial stallions for getting middle-distance horses.”

Fabre said, “It's a cycle that happens sometimes, though we have the best stallions in Europe, like Galileo and Dubawi, who produce good middle-distance horses, but well-bred horses by these sires are expensive to buy as yearlings, and in France we lack buyers prepared to pay that kind of money, and the tax here is too high.”

This was shown at the Arqana yearling sale last month, when foreign buyers bought all 20 horses costing €500,000 or more.

In Sunday’s Prix Vermeille, the Prix de Diane is represented through the winner, Channel, and third-placed Grand Glory. But the Diane form hasn’t been working out well. Channel finished down the field at Goodwood in the G1 Nassau Stakes and Rouget’s close-up fourth Etoile was only sixth behind Princess Haya’s Terebellum, trained by Gosden, in the Nonette.

Grand Glory, who finished well in the Diane, has been rested with the Vermeille in mind. She is out to give her three Italian-American owners a memorable day. Trainer Giunluca Bietolini said at Deauville, “Grand Glory has been working really well since the Diane and I’m hopeful of a good run in the Vermeille.”

Fabre, never to be dismissed in any big race, could well see the Gestut Ammerland-Newsells Park 5-year-old Waldgeist, a close-up fourth in last year’s Arc, win the Prix Foy for the second year running if the ground remains good or better.

The son of Galileo is likely to have to contend with the highly-rated Godolphin runner Ghaiyyath, 14-length winner of the recent Grosser Preis Von Baden. Ghaiyyath was well beaten by Waldgeist in the Prix Ganay at ParisLongchamp in April, although trainer Charlie Appleby hopes he is a different proposition now.

Adding spice to the Prix Foy, will be the Japanese Arc hope Kiseki, ridden by Christophe Soumillon.

Action to avoid the queues

France Galop have paid attention to the complaints by the English punters at last year’s Arc weekend, and made plans to increase the number of drinking facilities and betting outlets to avoid long queues. Clearer directions will be on show around the racecourse.