Barry Irwin’s Team Valor International is the most successful racehorse ownership syndicate in the world, with an astonishing catalogue of success that has brought earnings of nearly $80 million, more than 300 stakes wins and victories in some of the most important races on the planet, including the Kentucky Derby, the Dubai World Cup and two Breeders’ Cup contests. 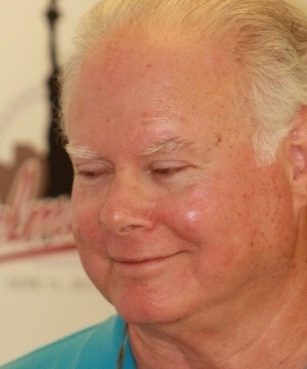 Much of Team Valor’s success over its 32-year life is down to Irwin’s uncanny knack of unearthing horses of potential from one part of the world and fulfilling that potential in another. A former racing journalist and author, Irwin (pictured) is renowned for his views on the state of the sport, and rarely pulls any punches.

From my own personal experience in 50 years of racing both at home and abroad, I would name an individual with whom I had personal interactions. F. E. (Jimmy) Kilroe was a racing executive and official with the New York Racing Association and Santa Anita Park. He redesigned the structure at NYRA that allowed it to become a national leader among racetracks. His major contribution at Santa Anita was to personally hustle foreign connections to bring their horses to Southern California for major races.

He also was responsible for getting some of the biggest Eastern-based stables (Ogden Phipps, Paul Mellon among them) to spend the winter at Santa Anita. He single-handedly opened the portal to international competition between America and foreign nations. He was a man of great intellect who generated handicap ratings for The Jockey Club and The Blood-Horse. He had national and international respect and brought a certain worldliness to the enterprise of international sport.

My favorite racecourse in the world is Newmarket, because it offers the truest test for a racehorse. For sheer pleasure, I would name Goodwood, a wonderful melding of the past and present with the most spectacular views of racing.

While most readers would expect me to cite my homebred Animal Kingdom winning the Kentucky Derby or the World Cup, it is actually 50/1 long shot Martial Law winning the 1989 Santa Anita Handicap, because we put our reputation on the line by paying $40,000 to supplement a $60,000 purchase from Sheikh Mohammed, and the win took place at my home track of Santa Anita, where I grew up. I could barely walk to the winners’ circle my legs were shaking so badly.

The use of legal and illegal Performance Enhancing Drugs. Rampant use of these medications and designer drugs have cast a pall over the landscape and in great part have driven me to abandon racing in America in favor of racing abroad, especially in Great Britain and Europe. Their use not only is dangerous to the well-being of the innocent animals involved, but has sapped the enthusiasm of horse owners, trainers and horseplayers.

Racing officials, groups that represent trainers and racetrack owners by and large have exhibited little to no interest in reining in the rampant use of drugs that deaden pain, buffer lactic acid, enhance the creation of red blood cells to deliver more oxygen to the lung and increase the metabolism of a racehorse. Only The Jockey Club and WHOA (Water Hay Oats Alliance) seem dedicated to cleaning up the sport along with a small group of like-minded individuals.

I would urge racing jurisdictions, breeders, sales companies and trade journals to devote less energy and capital to the commercial aspects of racing over the sport. Greed is ugly, racing is beautiful. Leaders should remember this. It is less a problem in Europe, but still a problem, and a major issue in America and Australia.