The famous racing town of Chantilly just outside Paris looks at its best this weekend, with little expense spared to bring out its delightful charm as thousands flock there for Sunday’s Prix de Diane at the magnificent racecourse with the chateau backdrop. Over on the other side of town, however, there’s a site of important heritage significance that looks anything but charming and delightful, as John Gilmore reports.

Not much has changed since June 2017 when I first pointed out the sorry state of the historic British racing section of the Bois Bourillon graveyard in Chantilly. The memory of those pioneers of the turf, who created the provincial town’s internationally famous racecourse, forest gallops and training centres in Chantilly, nearby Lamorlaye and Gouvieux, deserves a lot more respect.

The beautiful chapel-style Thomas Hurst family grave, for instance, is still in a dilapidated state, although it has had this dreaded Mairie (town council) recovery procedure notice removed:

But restoring it to its former glory will be expensive, and it is not clear who will cover that cost. 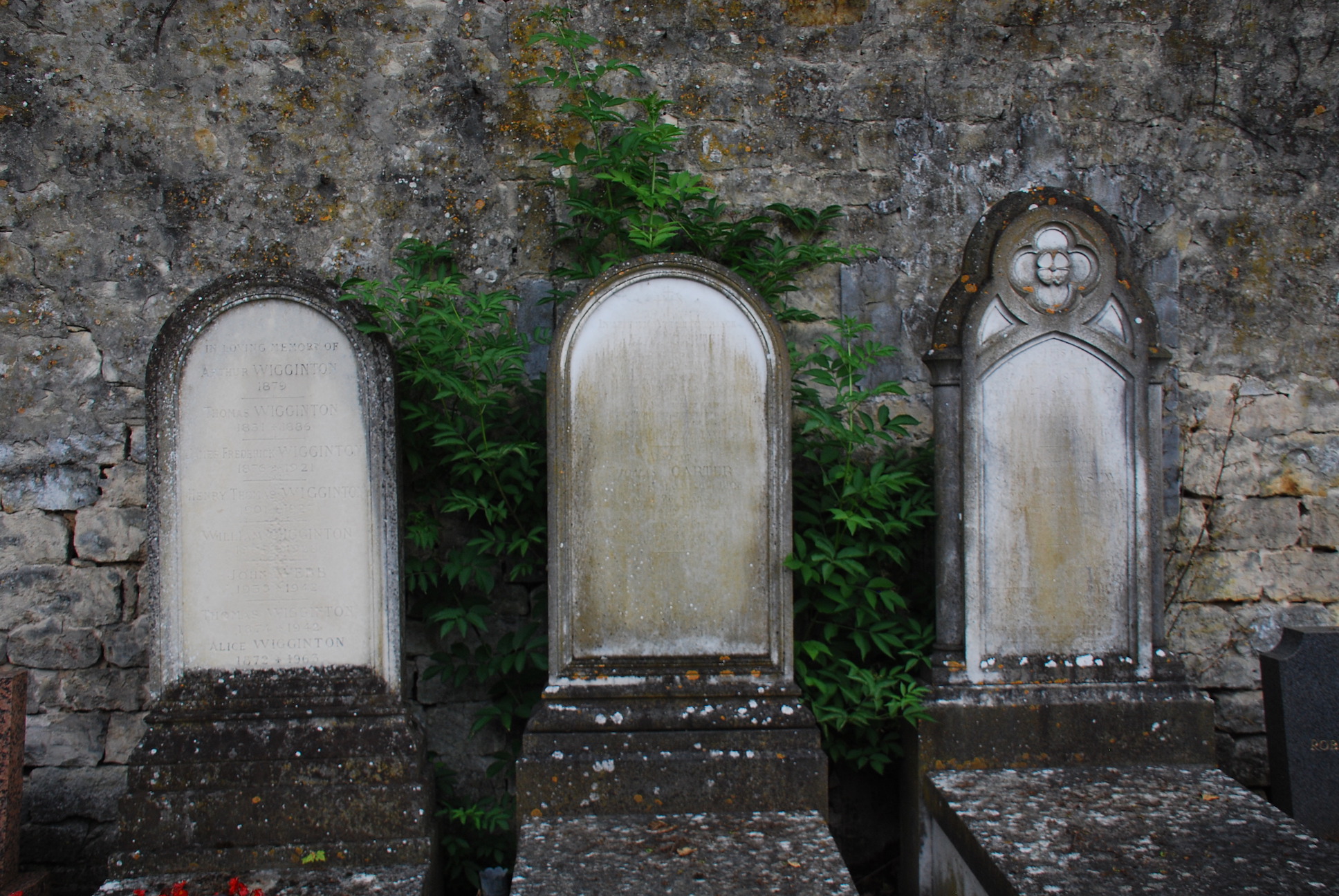 The old barrier wall has partly collapsed behind the Hurst grave, and the adjoining building lies empty. The wall has been temporarily shored up, and the Hurst grave is attached at the rear to the interior of the wall. At the front, a barrier has cordoned off the section to the right of the Hurst grave.

Historic British graves, and some replaced by new ones, stretch along the inside of the barrier wall, which is around 300 years old, with weeds growing among several graves, which have seen better days. A tree is growing through the roof of Hurst grave, which has large cracks in it. Inside the chapel, the roof is separating from the structure.

According to Deputy Mayor Yves Le Norcy, “Money has already been allocated for the tumbling west wall renovation at the Bois Bourillon graveyard.”

Despite assurances that things would start to move, not much has materialised, and the question of funding to restore and maintain graves is a major stumbling block.

Sadly it looks like the days could possibly be numbered for Arthur Carter’s (1863-1916) grave. The grave has the dreaded sign displayed at the front. The same sign is pictured in front of the Enoch Drummer (1819-1894) chapel-style family grave, though that is in far better shape than many of others. 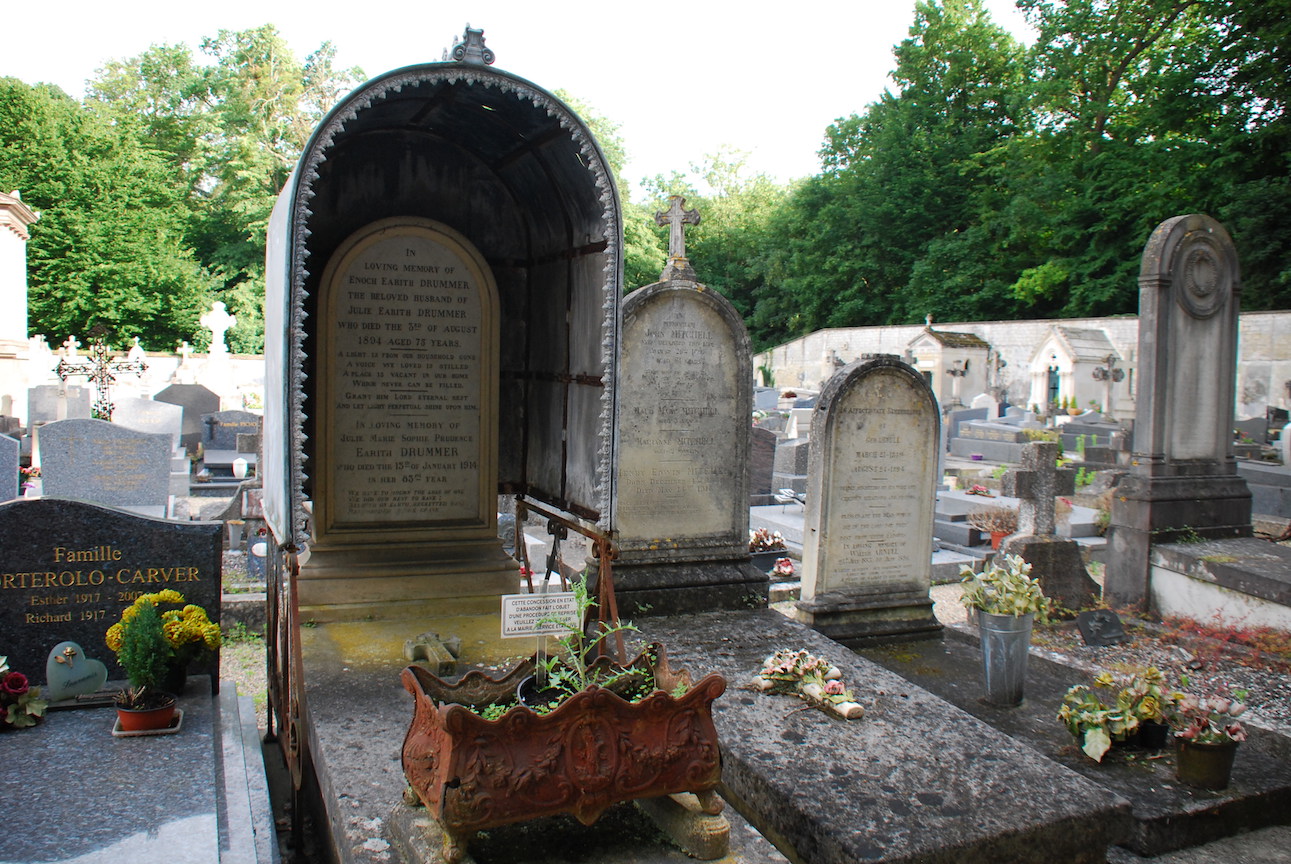 “The town operates within a legal framework set by law,” said Norcy. “We thus need to go from concession to concession and see if there are rightful owners [not an easy task] who have an interest in the concession they own. We cannot do anything except ask them to look after the grave as well as possible.

“If not, a rather long procedure is required so that the Mairie may freely dispose of the concession following the acknowledgement of a permanent and durable decay of the grave. It may be decided to preserve it, as has happened.”

The legal procedure can take up to five years and a lot of the graves have a perpetual life span, but that hasn’t stopped the process of plenty of new graves appearing in the past 12 years, replacing old British racing ones, now lost forever.

“We know what Chantilly owes to these people who came from England, which is why we carried out an inventory last year,” Norcy said. “The measures to be taken will have a cost for the town and the town will take care of it, depending on the interest and importance, as well as on private participation via an agreement.

“However, in order to carry out the best judgement the town must gather the opinion of the representatives of the English community.”

No meeting with British representatives has taken place and yet the Mairie has in the meantime put recovery procedure notices on the Arthur Carter and Enoch Drummer graves.

Lack of space at the Bois Bourillon should never be used as an excuse as the town has another graveyard, Cimetiere Saint-Pierre, about 600 metres from the Chateau on the other side of the town, with plenty of unused burial space there.

It is also strange, given the historical heritage importance of the British section of the graveyard, that the Mairie has not applied for Conseil Municipale (Municipal Council) funding to assist with preservation.

It was entirely predictable that, after the British racing families left en bloc in 1939-40 never to return, many of the graves of their ancestors would go untended, and of course many of them have been untouched for decades, even though the Bois Bourillon still features on the town’s guided tours.

Surely, with or without regulations, the Mairie had a duty of care to at least regularly clean the graves and put a few flowers on them from time to time, rather than just leave them to decay.

John Gilmore writes: At a meeting with Sarah Tillett, vicar of St Peter’s Church, and two church council members on July 18, the Mairie (town council) said an inventory of the British graves and work required had been completed. The church members suggested attempts be made to identify relatives in Britain to bear some of the financial responsibility.

They also suggested the church should put together a working party to do some of the superficial cleaning up, including weeding, around the graves, perhaps with the local scouts in September - although the Mairie has employees who can do such work. More realistically, the possibility of sourcing grants was discussed,

The meeting didn’t address the issue of the specialist job of cleaning the graves and tomb heads.

A big problem appears to be that most of the current British community in Chantilly have little knowledge of the racing names buried in the Bois Bourillon graveyard.