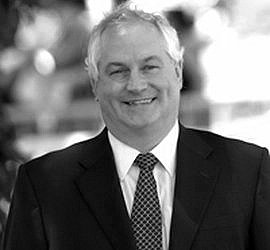 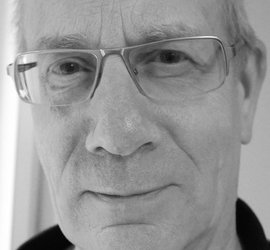 Former Racing Post editor Chris Smith trained as a news journalist on regional newspapers in Britain before spending three years on the Gulf Daily News in Bahrain. He joined the Post just before its launch in 1986 and became editor in 2002. He left six years later to pursue other projects in racing media. He lives just outside London with his wife, who is a schoolteacher, and two teenage children. 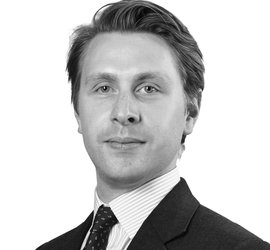 George is responsible for creating promotional campaigns and advertising strategy as well as handling all new and existing client relationships. Before joining TRC George worked in the wider sports industry most recently at global media and events company SportsPro.

George is a lifelong horseracing enthusiast he has a genuine passion for the sport.

A former editor of RaceWeek Magazine in Dubai, King still lives in the Emirates, where she is the lead English language presenter/producer on Dubai Racing Channel, reporting on the UAE's five racecourses and travelling to racing jurisdictions elsewhere in the world.

Dench’s impressive career as a racing journalist in the UK includes lengthy spells at Timeform and the Racing Post, where he has been a lead tipster, chief race analyst and senior racecourse reporter. He is also a former editor of The Form Book. He was Britain’s Racing Reporter of the Year in 2015.

Grassick comes from a strong Irish racing background. She has worked as a presenter for Equidia (the French racing channel) covering international racing and is currently on the presenting team for ITV Racing in Britain. She also writes as a freelance journalist and translator, for publications such as European Bloodstock News and Jour de Galop, and rides as an amateur jockey.

UK-based Godfrey, previously deputy editor and international editor at the Racing Post, is a past winner of the Joe Hirsch Award for Outstanding Writing at the Breeders’ Cup and has written two books about his extensive travels around the world’s racecourses - Postcards from the World of Horse Racing and On the Racing Road.

A six-times British racing broadcaster of the year and Channel 4 Racing anchor. In the U.S he is a regular on NBC’s coverage of the Breeders’ Cup.

Irishman McClean is chief racing writer with The Sunday Times in Ireland and a columnist with The Irish Field. He has ghost-written four racing autobiographies, most recently that of 18-time British champion jump jockey AP McCoy. He is a regular TV contributor on racing.

Australian McGrath, the BBC’s chief race commentator for 15 years until the Corporation stopped covering the sport in 2012, was also Hotspur, chief racing correspondent of The Daily Telegraph, for over 25 years. He previously spent more than a decade as a racing broadcaster and journalist in Hong Kong.

Morris has been arguably the world's leading bloodstock writer since the 1970s, when he wrote for The Sporting Life. He switched to the Racing Post in the mid-80s and worked there until 2014. He was Britain's Racing Journalist of the Year in 1990, and in 2010 he received the Thoroughbred Breeders' Association's highest award for his 'outstanding contribution to the British bloodstock industry'.

Newmarket-based Sexton joined the Racing Post as bloodstock correspondent in 2006 after a year as contributor to James Underwood's Racing and Breeding Digest. Currently based in Newmarket, she still regularly contributes to the Racing Post, alongside other publications, while serving as European representative to Schumer Bloodstock.

The architect of the TRC Global Rankings, James Willoughby is a specialist in the technical analysis of racing. He is a former chief correspondent of the Racing Post and works as an analyst on Sky channel Racing UK as well as on other projects.

Melbourne-based Manning is a freelance journalist and pedigree analyst, and a passionate racehorse owner and breeder. An award winner for print, internet and photographic journalism, she has written three books (Fields Of Omagh,Prince Of Penzance and the recently published The Gauch).

California-based Shields, a single mother of twins - and owner of an off-track Thoroughbred, is a frequent visitor to Canada and writes regularly about racing at Woodbine. An article she wrote about Secretariat’s 1973 Canadian International victory was nominated for the 2017 Sovereign Media Award.

Amanda Duckworth, who spent her college days taking care of the likes of John Henry, Cigar, and Da Hoss, got her start in turf writing when she became the first recipient of the Joe Hirsch Scholarship. She is a communications consultant for the International Federation of Horseracing Authorities. She also contributes to a number of other publications, including The Blood-Horse, TDN, and New York Times, and was previously a columnist for ESPN.com. She lives in Lexington, Kentucky.

Michele MacDonald’s award-winning stories and photos have been published around the world. A former executive news editor of Thoroughbred Times, she focuses on international racing and currently is a regular contributor to  Racing Post in the UK, International Racehorse in South Africa, Al Khayal magazine in Dubai, Al Adiyat in Dubai and others. She has edited two award-winning books and written chapters for others, including Keeneland: A Thoroughbred Legacy. She handles media relations for farms and racing stables, has been a breeder and owner, and serves as a bloodstock agent for select clients.

Teresa Genaro is Brooklyn-based freelance racing writer and English teacher. Her work has appeared in Forbes.com, The New York Times, Blood-Horse, and Daily Racing Form among other publications. In 2007, she started the blog Brooklyn Backstretch.

Patricia McQueen is an award-winning equine photographer and gaming industry journalist. Along with her photography work, she is currently the editor of a lottery trade publication and also runs her own gaming industry website. Her passion for horse racing began in 1973 with Secretariat’s exploits, and in recent years she has been researching his stud career and his descendants. She has photographed many of these horses since the early 1980s, traveling as far as Australia to see them.

Daniel Ross is a Los Angeles based freelance journalist, who covers horse racing for the Thoroughbred Racing Commentary, the Thoroughbred Daily News, and the Guardian. Before making the dubious decision of turning to writing to pay the bills, he worked for a number of jump and flat trainers in the UK, Ireland, Australia and the US, including Alan King, Gai Waterhouse, and Neil Drysdale. His fleeting career as an amateur jump jockey was an exercise in studied ineptitude. Follow him @1danross.