For lovers of racing, little compares to an afternoon (or evening) at the track. The sport is best experienced in the flesh, and the world’s race courses offer diverse ways to enjoy this pursuit. While we can’t literally transport you to the races, we’ll do our best to bring these tracks to you in a series of regular profiles. Today, in the final part of our four-part profile of historic York Racecourse in England, track chief executive William Derby tells Sean Magee about the philosophy at York, its development, and its importance in the local community.

Read about the history of York Racecourse

They may share a name, but the top man at York Racecourse cannot claim even the most tenuous kinship with the 12th Earl of Derby, who founded the famous race in 1780 that has spawned imitators at Churchill Downs and all around the world.

William Derby is the very model of a modern racecourse CEO: first-class degree in applied economics from Wye College, University of London; a condensed MBA at Harvard Business School; and qualified chartered accountant in the Cambridge offices of PricewaterhouseCoopers, where he became familiar with the racing world just up the road in Newmarket.

Despite the name, there is no racing in his background. But he has been passionate about the sport since his early years, and as a teenager – and later at Wye College – rode out for local trainers, while his year at Harvard allowed him the opportunity to become a regular at Saratoga, Suffolk Downs, and other New England racetracks.

Derby has been CEO and Clerk of the Course at York since 2002, moving to the Knavesmire from another showcase horseracing venue at Ascot Racecourse, where he worked as head of accounts and then commercial director.

He outlines current operations and planning at the course below:

“At York, our philosophy is to focus on staging the very best racing we can, and to keep the horse at the centre of the action – and in the case of the Ebor Festival in August, to maintain that fixture’s place as one of the great events of world racing.

“Our philosophy with racegoers is equally simple: to offer a high-quality social and sporting occasion, a great day out at a reasonable price. We’re aware that each race meeting at York has its own nature and its own appeal, and that people who come to one of our music evenings might then graduate to a Saturday fixture without the music, and then on to one of the festival meetings.

“For racing purists, our summer Saturdays would not have the appeal of the Dante or Ebor Festivals, but the revenue generated from those highly popular Saturdays contributes to increasing the level of prize money necessary to maintain the quality of the high-class races.

“Whenever they come, we want people to enjoy their day, and we invest a huge amount of effort and resource in ensuring that they do. Above all, we want to provide an enjoyable style and safe environment.

“Visible evidence of our commitment to improving the York experience for horses, for their connections, and for racegoers is the £10 million ($17 million) development currently under way, which will provide a new pre-parade ring to keep the horses centre stage. The new weighing room will have every facility imaginable for jockeys, and we are reconstructing the champagne lawn and terrace area to make more of the remaining part of the 18th-century John Carr grandstand."

“Another mark of our commitment to make York as fair a test as possible for the horses – who, after all, are the focal point of the whole operation – is that in the last few years we have spent £2.5 million ($4.25 million) improving the racing surface itself. And we are very proud that the work of our head groundsman Adrian Kay, who joined us from Aintree [Racecourse], won the 2013 Groundsman of the Year award across all professional sport.” 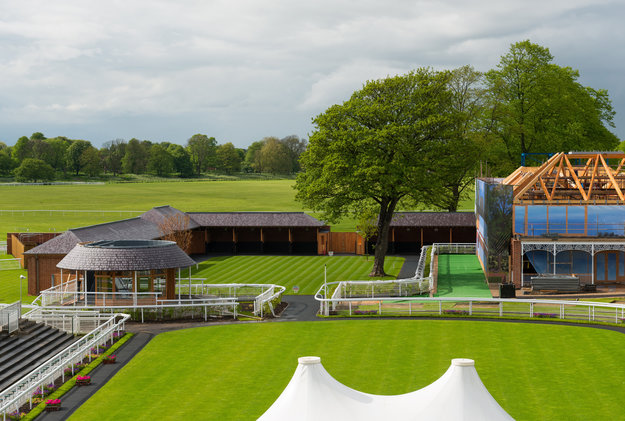 “We were later than some courses to embrace the idea of race-day concerts, and started only in 2005. We’re not planning to be the next Glastonbury, but our music evenings have proved a great success, not least because they cater for a variety of tastes – attracting young racegoers, but also what we might call the slightly more mature customers who love to see Blondie or The Beach Boys. And we had 29,000 people for Kaiser Chiefs, which made for a fantastic atmosphere.

“It’s important that these evenings have decent racing as well as the music, so this year there’s a listed race on the Friday evening in late July and the G2 Sky Bet York Stakes on the Saturday.” 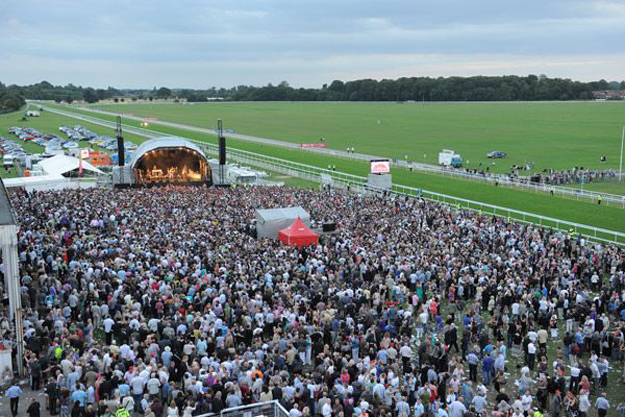 “We are stepping up our efforts to bring top-class horses from outside Europe to the Knavesmire. When Royal Ascot came to York in 2005, Cape of Good Hope won the Golden Jubilee Stakes to become the first Hong Kong-trained horse to win in Britain, and later that year the great Japanese horse Zenno Rob Roy was narrowly beaten by the Italian-trained Electrocutionist in the Juddmonte International Stakes. Then in 2012, Ortensia became the first Australian-trained winner at York with her breath-taking win in the G1 Coolmore Nunthorpe.

“With the Knavesmire leased from City of York Council and the racing controlled by the Committee, York has an unusual business model for a racecourse, but it works well. With Lord Grimthorpe in the chair, there are currently six members of the committee – each representing a particular area of expertise – and they are united by a passion for racing and in particular for racing at York. With no shareholders to be taken into consideration, all financial decisions are made in the best interests of racing at York, with all returns reinvested in prize money, facilities, and the racing experience.”

“With 120 licensed racing stables and some 3,300 horses in training in Yorkshire, horseracing is a significant contributor to the county’s business. A recent study showed that racing in Yorkshire brought £230 million ($390 million) a year into the local economy, of which York provided £58 million ($98 million).

“With our annual attendance around 350,000 – nearly 100,000 at the Ebor Festival alone – York racing makes a significant contribution to the city and supports over 1,300 full-time jobs in the city.”

NEXT ON THE AGENDA

“With the current development programme being completed in 2015, we are moving on to investigate other areas of the course which need attention – primarily the southern end of the stands, where the old Silver Ring used to be.

“On the racing front, we are keen to have more G1 races: There is a strong case for upgrading the major 2-year-old races at the Ebor Festival, the Gimcrack Stakes, and the Lowther Stakes. And as well as attracting more international challengers, we will endeavour to ensure that the best domestic and European-trained horses come to York.”