It is the pride of Canada: a million dollar contest over the classic distance of 1¼ miles, pitting the country’s best 3-year-olds against each other in the heat of summer. But, for those outside the nation, the Queen’s Plate may seem nothing more than a restricted, non-Graded race over a synthetic surface. Recent winners are helping to defeat that stigma by going on to score in major stakes around the world.

The rich history of the Queen’s Plate, which will be run for the 159th time next Saturday (June 30) at Woodbine Racetrack outside Toronto, first began in 1860. It has grown into an entity unto itself, complete with food trucks, live bands, and a focus on fashion. The atmosphere is a mix between that of the Kentucky Oaks, with women adorning fascinators and men in suits and jackets, and that of the Preakness Stakes with its raucous festival feeling.

Like the multi-day racing festivals at the Kentucky Derby, Belmont Stakes, and Breeders’ Cup, the Queen’s Plate has turned from one signature race into a three-day extravaganza. The day after the race, July 1, is Canada Day, which offers families a chance to head to Woodbine and enjoy the holiday with both racing and a Kids’ Inflatable Zone.

None of this would be possible without the historic race itself. Perhaps the best-known Plate victor is Northern Dancer, the only Kentucky Derby winner to also win Canada’s premier race. He went on to be a pillar of the breeding industry.

Since him, the winners of the Queen’s Plate have been a mixed. There have been names such as Awesome Again, Dance Smartly and With Approval, all Graded stakes winners and Breeders’ Cup starters who made a significant impact on their divisions in the United States as well as Canada. But there have also been winners such as Wild Desert (2005), 16/1 shot Edenwold (2006), and 15/1 Mike Fox (2007), who went a combined one for 26 after their Plate wins.

Major race winners who go on to disappoint are not abnormal in racing. The Kentucky Derby has recently seen Orb (2013) run four more times without a win, and Super Saver (2010) only made three more fruitless starts. The 2017 hero, Always Dreaming, came into the Derby with three straight wins, and has not scored in five starts since then. Nyquist was an unbeaten Eclipse champion when he wore the Roses in 2016; he only made three more starts and failed to win.

Starting in 2014, the Queen’s Plate has seen a dramatic return to form of its winners. After darting across the line first that year, the filly Lexie Lou went on to win a Graded stakes at Santa Anita and finish second behind California Chrome in a G1 at Del Mar. She returned to Woodbine as a 5-year-old to win a pair of G2s against some of the classiest female grass runners on the continent.

In 2015, Shaman Ghost rolled to win the Queen’s Plate as the 3/1 second choice. He only made one more start in Canada, then took his show on the road for the rest of his career. The Ontario-bred won the G2 Brooklyn Invitational at Belmont Park as a precursor to his thrilling victory in the G1 Woodward Stakes at Saratoga. He missed the Breeders’ Cup Classic but returned at five to run second in the Pegasus World Cup Invitational before winning the prestigious Santa Anita and Pimlico Special Handicaps. Shaman Ghost earned $3.8 million on the track. 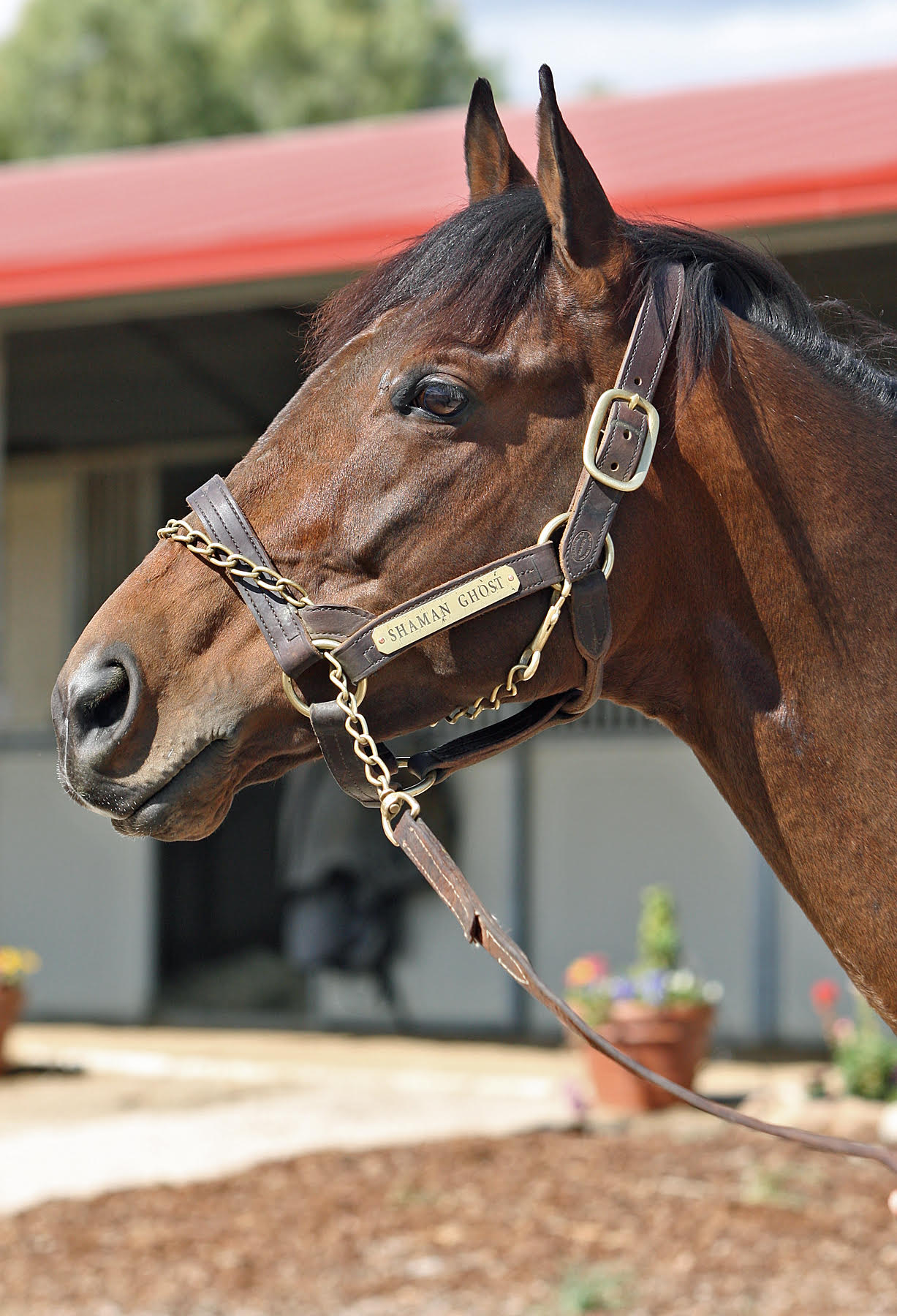 Now the son of Ghostzapper is at stud in California at Terry Lovingier’s Lovacres Ranch. “He’s been a wonderful breeder and he’s doing fantastic,” Lovingier said. “He’s going to have over 90 mares in foal. He was a stone cold racehorse that won some pretty major races.”

Sir Dudley Digges provided a 15/1 upset in the 2016 Queen’s Plate but went on to win three allowance races at Churchill Downs in 2017, and added the Old Friends Stakes at Kentucky Downs. In his 2018 debut, Sir Dudley Digges did something no Queen’s Plate winner has ever attempted by traveling to Barbados for the 37th running of the Sandy Lane Barbados Gold Cup. Although not recognized as a Group event internationally, it is a G1 race locally.

Holy Helena turned heads in 2017 by breaking her maiden, winning the Woodbine Oaks, and adding the Queen’s Plate over the males, all in just seven weeks. She has returned even stronger at four, and won the Graded The Very One Stakes at Gulfstream Park before adding the G2 Sheepshead Bay Stakes at Belmont Park. She has earned over $1 million in just ten starts.

This year, a pair of standout fillies will be attempting to duplicate Holy Helena’s feat.

Wonder Gadot, who was narrowly second in the Kentucky Oaks behind Monomoy Girl, and Dixie Moon, who outlasted Wonder Gadot to the wire to win the Woodbine Oaks, are both expected to compete. They will have to face Plate Trial Stakes winner Telekinesis, a Graded stakes-placed son of Ghostzapper and the Street Cry mare Intentional Cry. Her dam is Gold Mover, who earned $1.5 million on the track in her day and produced stakes winners Giant Mover and Maleeh. Adena Springs’ Ghostzapper is the sire of both Shaman Ghost and Holy Helena, and has a chance to make it a hat trick with Telekinesis.

But even Queen’s Plate winners who did not go on to Graded success are still finding their own way of honoring the race’s legacy. Big Red Mike, victorious in 2010, is now an ambassador at the LongRun Thoroughbred Retirement Society. He never left Canada and only won once more in ten starts after the Plate, but he is a much-loved member of the LongRun herd of retired racehorses.

“He is a big draw at our open houses,” said LongRun’s founding member, Vicki Pappas, through executive assistant Wendy Muir. “People like to take selfies with him and see and meet him.”

Big Red Mike’s care is still sponsored by his racetrack owners, Dom and Frank Romeo. He is named after Frank’s son Mike. “The Romeos visit him all the time,” Muir said. “He is going to be with us forever unless we find that perfect person for him. He’ll always have a home with us.”