It’s easy to see why Coolmore are so keen on War Front.

A Grade 2 winner who came up short at the top level and retired to stud at $12,500 as a result, War Front is now being celebrated as the last major son of Danzig at stud. In time as his better bred crops reach the track, he maybe regarded as one of the greats. But for now, Claiborne Farm’s flagship resident is the hottest young sire on the planet.

At $150,000, he is the joint most expensive stallion standing in America in 2014 alongside Tapit, and is virtually impossible to get into. It was very evident at the Keeneland September Sale, where he returned an average of $401,629 off a 2011 fee of $15,000, that his progeny are already becoming collectors’ items.

Fuelling those prices has been the support of Coolmore. As the accompanying table indicates, the outfit spent an average of $871,875 on his progeny this year, including $2.5 million on the top lot at the Keeneland September Sale, in a manner reminiscent of their support of Storm Cat.

Why Coolmore would go to such lengths on a stallion that is not a home-grown product and stands at an outside operation is not hard to fathom.

This year, Aidan O’Brien saddled five runners by War Front, led by Declaration Of War and War Command. Lines Of Battle took the UAE Derby, while Giovanni Boldini ran second in the Breeders’ Cup Juvenile Turf and Guerre was listed-placed. 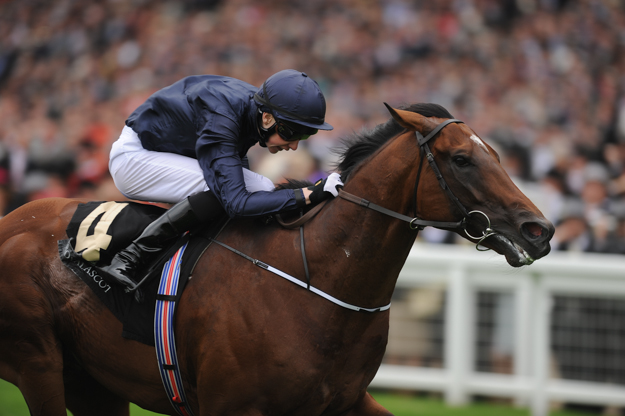 Yet the operation was an early believer. One of the three stakes-winning juveniles to emerge out of War Front’s 75-strong first crop was Michael Tabor’s Warning Flag, a listed winner at Dundalk who was subsequently high-class in Hong Kong. And when that first crop came to include 11 stakes winners (15 per cent) including top dirt runner The Factor and turf Grade 1 winners Summer Soiree and Data Link, interest naturally heightened.

Today, War Front’s statistics read: 28 stakes winners from 248 foals, including five at G1 level (excluding Warning Flag in Hong Kong). His overall stakes winners to foals of racing age ratio of 11 percent is a throwback to another era.

Much of the credit goes to War Front’s owner-breeder, Joseph Allen, as well as Claiborne Farm. Both supported the stallion with good mares in his early seasons while it was Allen who took the plunge and sent several of his progeny to Europe, even though War Front himself was most effective on dirt.

Among them were Declaration Of War and Listed winner The Brothers War, who started their careers with Jean-Claude Rouget. Allen’s colours have also been carried by War Command and Lines Of Battle.

Thus his ability to sire high-class winners on all surfaces was apparent early on, which in turn has led to an increasingly international appeal. Other major operations are on the bandwagon - there are nine unraced War Front two-year-olds officially listed in training in Europe, including those owned by Godolphin and Sheikh Hamdan al Maktoum - but there’s no doubt Coolmore have stolen a march.

With Declaration Of War down to cover at €40,000 ($65,700) at their Fethard base next season and War Command a future possible, Coolmore now has access to a potentially highly influential strain of the Danzig line that doesn’t contain Danehill. And if his sons happen to cross well with Sadler’s Wells, all the better. 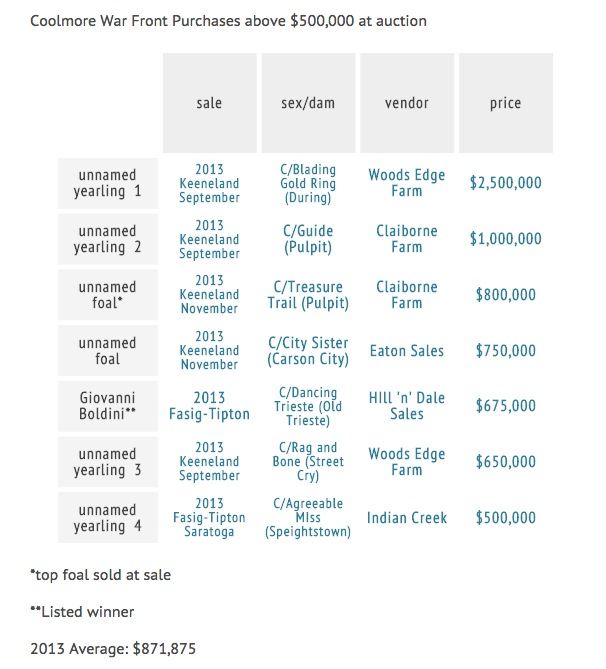 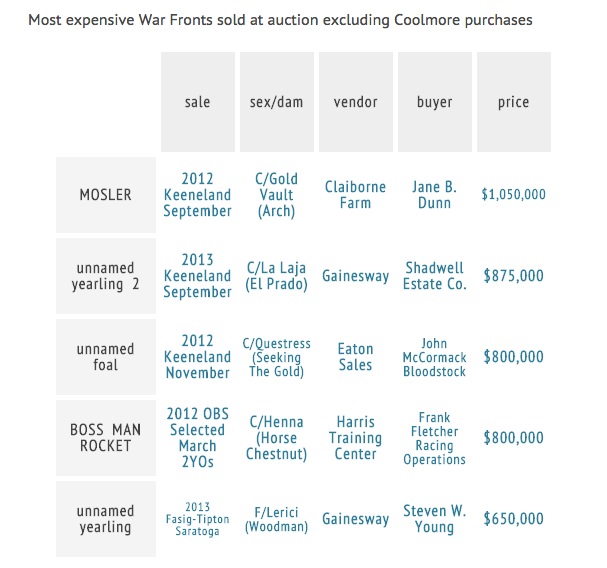 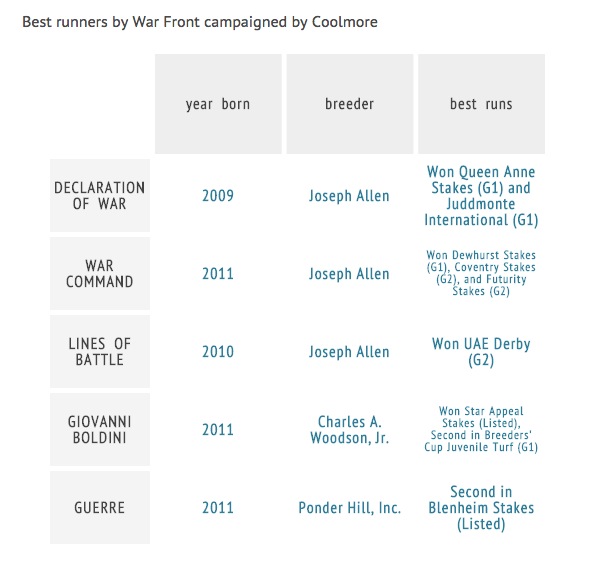