A former diesel fitter and his ex-trackwork rider wife are hitting the heights as owners yet again after landing their third Derby at the weekend. And it’s largely down to a breeding formula that is paying dividends.

Volatile Mix, winner of the G1 South Australian Derby at Morphettville on Saturday, is the product of a liaison Graham and Linda Huddy arranged between Pentire and a mare by High Chaparral.

The Huddys, who live in Queensland, enjoyed tremendous success with High Chaparral’s son Shoot Out, a horse they outlaid just $15,000 for. Out of the Pentire mare Pentamerous, Shoot Out won ten races, including G1 triumphs in the Australian Derby, Randwick Guineas, George Main Stakes, and two Chipping Norton Stakes, netting more than A$3.2 million in prizemoney.

So, when looking for a suitor for their High Chaparral mare Utopia, the Huddys were drawn to Rich Hill Stud in New Zealand and its veteran sire Pentire. 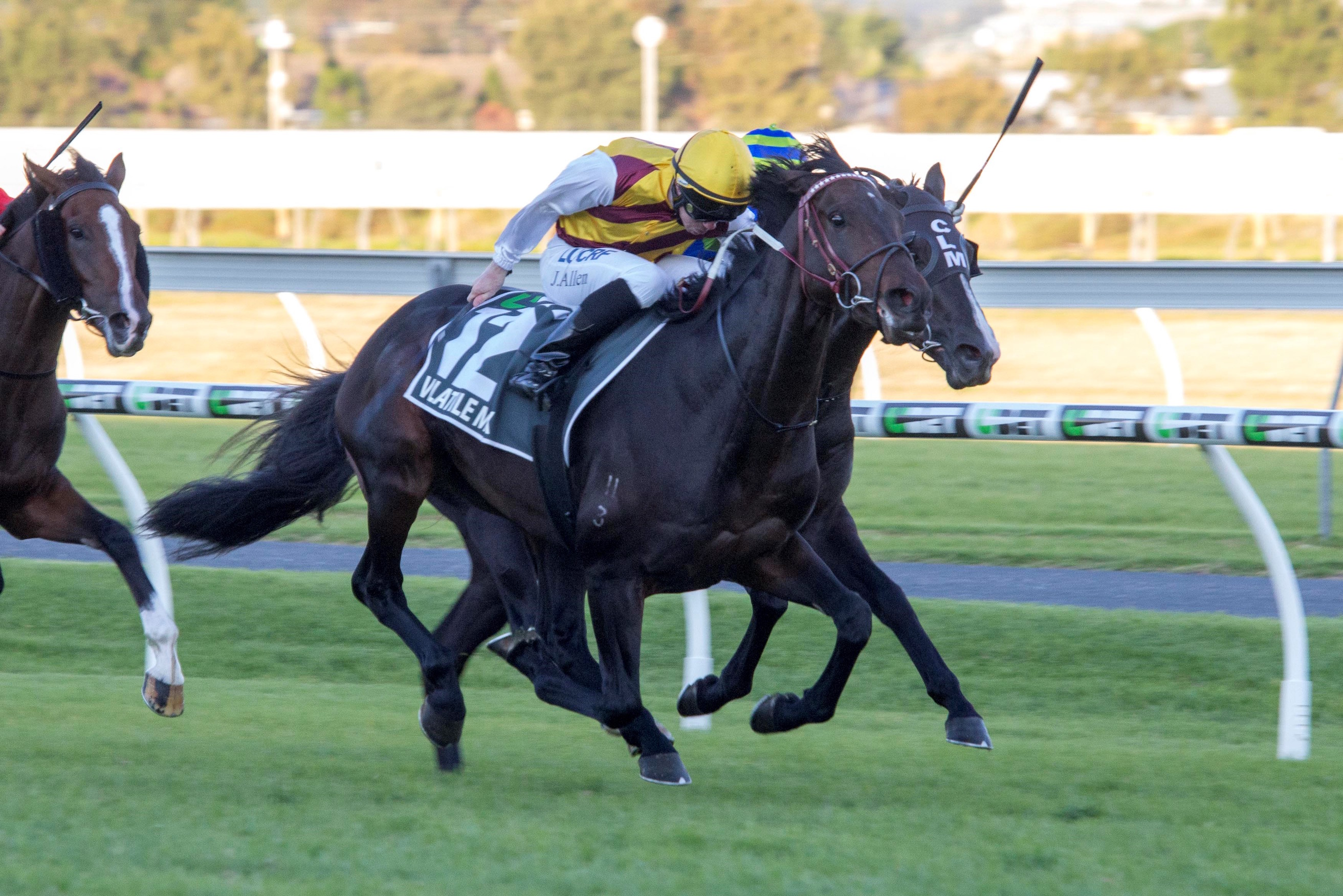 “We had such success with Shoot Out that I thought we would try the reverse cross and send her to Pentire,” Linda Huddy said. “I wanted to name him something which related to the reverse cross, but every time I told people about him being by Pentire out of a High Chaparral mare, out of a Zabeel mare they said ‘that sounds fiery’, so we named him Volatile Mix.

“The funny thing is, he isn't volatile at all. He is as quiet as anything.”

The Huddys share a lifelong love of horses. Linda was once employed as a trackwork rider by champion trainers Bart Cummings and Colin Hayes in South Australia.

Graham Huddy grew up riding on a north Queensland cattle property and was working as a diesel fitter while establishing an earth-moving business for the mining industry when the couple first met.

They have been able to indulge their passion for racing after selling their mining services business just months before the Global Financial Crisis in 2008.

Formerly based in Mount Isa, Queensland, the Huddys live on a 100-acre property an hour north of Brisbane that is set up for horses.

Volatile Mix became the third Derby winner to race in the Huddys’ distinctive maroon and gold diagonal stripes. In addition to Australian Derby winner Shoot Out, the couple are also part-owners of Preferment, with the 2014 Victoria Derby among the Zabeel entire’s four G1 triumphs.

All three Derby winners were conceived in New Zealand, and the success of Volatile Mix is all the sweeter given the Huddys bred him themselves.

In April 2010, word reached the Huddys that Utopia, a High Chaparral daughter of five-time winning Zabeel mare Joie de Vivre, could be bought.

Bidding for a fourth Derby

“She came on the market after she ran second in the Group 3 Manawatu Classic, and John Wallace, our trainer at the time, thought she would be a likely Queensland Oaks prospect,” Huddy said.

Despite winning at the Sunshine Coast at first time of asking, Utopia failed to fire when 11th behind Miss Keepsake in the Queensland Oaks.

Brought back as a 4-year-old, Utopia failed to trouble the scorer and was subsequently found to have an issue. “She turned out to be a roarer, so she had a tie back operation but in the end we retired her and sent her to Pentire.”

Trainer Darren Weir has confirmed Volatile Mix will now head towards the G1 Queensland Derby at Eagle Farm on June 10 as the Huddys look to add their home-state classic to their haul of multi-state Derbys.

The staying prowess of Volatile Mix comes as no surprise when delving deeper into his pedigree. His grand-dam, Joie de Vivre, is a full sister to Auckland Cup winner Bazelle, who in turn is the mother of G2 winning stayer Show The World.

Now back in Australia, Volatile Mix’s dam Utopia has a Pins two-year-old filly, a weanling colt by I Am Invincible, which Huddy said is destined for the sale ring, and is in foal to Dream Ahead.