The Japan Racing Association (JRA) has launched an initiative that aims to reverse decline in racecourse attendance, particularly among the coveted 20-30-year-old age group, by making the racecourse more attractive to younger women. Paul Haigh spoke with the JRA's Chief Technical Adviser, Corporate and Strategy Planning, Mitsuaki "Aki" Akitani about the program.

At first glance Umajo seems like a pretty sexist concept, put together by a bunch of grinning male executives over a few bottles of Suntory whiskey. Never mind “Build it and they will come,” try “Get the pretty girls in and the young men will home in like ants to a picnic.”

That image is as factually incorrect as some might think the whole concept is politically incorrect. Umajo didn’t spring from a committee, or from any middle-aged big gun with a suspect “eye for the ladies.” It derived, as so much does in the JRA, from plain research.

Japanese racing has long been the world leader in terms of turnover and attendance, the latter strengthened by a culture that sees a big day at the races as a “date,” not just acceptable but desirable to both sexes. But the idea of Umajo, a single word that translates as “horse ladies,” came from ongoing research that showed the two groups in Japanese society that might be ripe for recruitment to the sport were seniors and young females, according to the JRA’s Chief Technical Adviser, Corporate and Strategy Planning Department, Aki Akitani,.

The idea was a year in the planning, and the launch took place just eight months ago in October 2013. What was the reasoning behind Umajo – apart from the obvious one that if pretty girls come racing, young men will follow?

“In general, the percentage of female customers at racecourses is relatively small - around 14 percent,” Akitani explained. “But, as I indicated in my presentation to the Asian Racing Conference in May, the lifestyle of the young generation of females in Japan has been changing. They are now more likely to spend their time in the same way as their male counterparts: going out, drinking, and enjoying sports - including horse racing.”

How exactly does it work?

“Female customers have their own area at the racecourses where they are served free beverages [non-alcoholic] and where couples [a male and a female] are entitled to use the facilities too,” Akitani said.

Previously, in a still very male-dominated society, Japanese women might have felt bashful or intimidated about going racing without a male partner. The idea of Umajo is to remove that inhibition by giving women their own space where they can enjoy the sport without feeling embarrassed in any way.

“Their top demand was just to have a place at the races where they could relax, sit, and talk,” Akitani said. “Men are allowed to come into the Umajo enclosure, but only by invitation, and we make sure the number of men never exceeds the number of women in the Umajo area.” 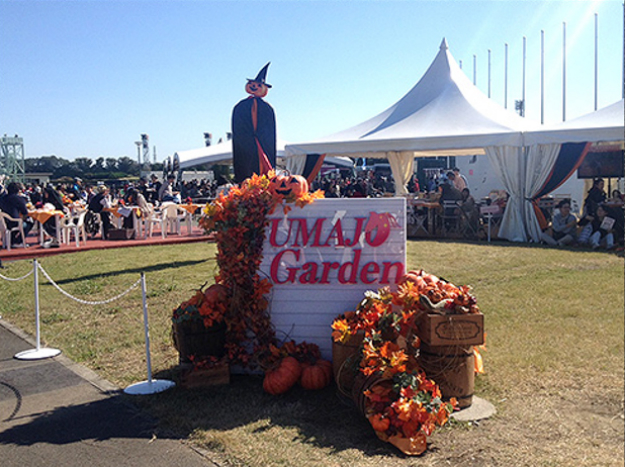 So, is Umajo a private club?

“No. It’s not a club and there’s no membership,” Akitani answered. “We simply call them ‘the ladies who love racing’ - the Umajo. And we don’t try to organise them. We expect them to form private gatherings of their own. Of course, it would be nice if horse racing becomes their main topic of conversation.”

However, there is a leader whose job is to promote that feeling of relaxation and augment it wherever possible, but there is no condescension implicit in Umajo, which exists to make Japan’s racecourses more attractive and more welcoming places for young women. On the contrary, you could argue that it’s an important step toward gender equality in a society that has for some time lagged behind the rest of the world in this respect.

“Of course, boys chasing girls is a global phenomenon,” Akitani said. “But for us, the change in female lifestyle was really the key factor. We felt Japanese racing needed to get rid of the ‘boys club’ culture.”

If Umajo looks a bit feminine to the outside observer in the way it’s presented, this is nothing to do with male condescension.

“It’s run by about 20 young female workers at the JRA, although it’s not a full time commitment for any of them,” Akitani said. “There’s one leader and two sub-leaders and the rest discuss together the betterment of the project and how it can be made more appealing. We deliberately designated women to run it because we understood it would not be possible for men to look at it from a woman’s point of view. I play a role as just caretaker of the project to lay the groundwork for them, negotiating with the Finance Section for budget, negotiating with the general managers of racecourses, and so on.”

So, the initiative is entirely female driven to satisfy the tastes of young Japanese women. So far, the reception has been uniformly welcoming in Japan, with disapproval coming only from those who are anti-racing in any case.

Umajo has its own website and uses magazines, racing TV, and social media to advertise. It also works with media outlets to further the project.

“The top page [on Umajo’s website] today, for example, features a collaboration with one of Japan’s most popular women’s magazines, CanCam,” Akitani boasted. 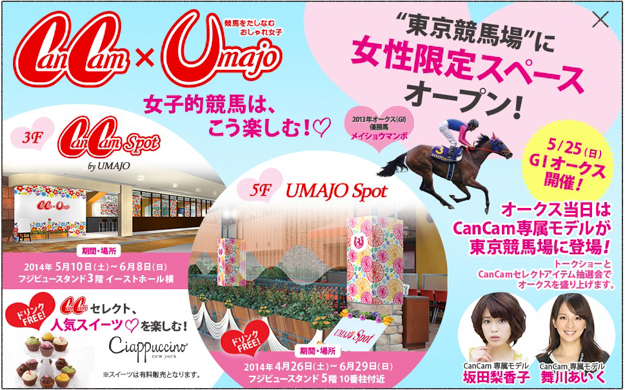 When introducing the Umajo project at the ARC in May, Akitani seemed a little skittish. Or maybe he was just giving a nod to potential critics. Was this because he realised that some might disapprove of the whole idea on principle?

“You are a good observer,” he said, amused. “I was trying to soften the atmosphere in the hall…but I failed. Completely! I said, ‘Look at all these pretty girls. They are all nice and good and very hard workers. But I tell you what, they are also a little bit photogenic.’ But unfortunately, the pictures flashed on the screen were too small for people to see their individual faces. So the joke fell a bit flat.” 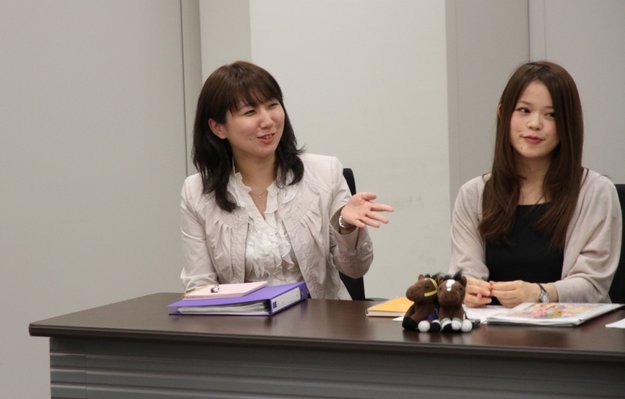 Umajo’s leader Akiko Fujita thinks the group could have a positive impact on Japanese racing overall.

"I am very proud of being a leader of the Umajo. I am very convinced that the racing industry needs ladies very much for a healthy future, and I am very glad our initiative has been well accepted and developed in a very good manner so far,” Fujita said.

"I hope to see an image of horse racing that doesn’t just involve gambling,” she continued. “Instead, [one that] sees it better accepted as sport entertainment in which ladies can participate easily and enjoy racing itself. I want horse racing to be one of their social options for weekends. I am sure we have what it takes to do that, and that and we are on the way to our ultimate goal.''

The test for Umajo will be to see if the group can educate new female fans about racing, moving beyond the potential perception of a mere social club at the races.

“Most of our existing customers started racing with someone who knew the sport very well, a racing evangelist if you like,” Akitani said. “Our survey shows that, same as everywhere, there are a number of Japanese who detest racing just because of the gambling aspect. But obviously, those who actually come to the races don’t have this problem. I think I’d say that those women who become Umajo do so for various reasons, and see racing from various different perspectives.”

Although Umajo hasn’t been around that long, the JRA is still seeing success with their efforts to bring women to the track.

“[Umajo has] actually been running for just over a year,” Akitani said. “Our first aim was just to accommodate female customers in comfortable places, and we didn’t set any numerical goals for our first year. But we did set a target for the first time on Japanese Oaks Day, when ladies were offered entry at reduced rates. We hoped to see 15,000 female attendees, or around 20 percent of the total, a big increase on the normal 14 percent, and we achieved that with 15,143.”

The feedback from Umajo is instructive for the JRA, and offer suggestions and comments such as: “It makes us feel easier about visiting racecourses;” “It’s good to know Umajo is implemented by female workers of the JRA;” “The place is clean and comfortable. Free drink is also nice;” “Umajo needs more advertising and PR;” “I would like to see collaboration with high street fashion brands;” “I think a racing guide book for beginners would be a good idea;” “A tour around the racecourse to know more about how racing is organised would be attractive;” and – an odd one as the JRA already has breaks for well-known bands between racing on some big days - “It would be good if Umajo worked together with live music events.”

Even the Japanese media is supportive of the Umajo project. Fujita has been asked to do several interviews with various media outlets.

With its growing profile in Japan, now the question is: Could the Umajo concept ever work in another jurisdiction?

“I think it depends on the situation in the individual countries,” Akitani mused. “In Japan, ladies have, for a long time, been on the periphery of society, and Japan is ranked quite low on the female equality scale, published by the World Economic Forum. In this sense, we still have some room for improving ladies’ social status, but I think Umajo can be a part of that process. We are riding on the tail of a social trend.”