Track bias is a source of omnipresent discussion and controversy in Thoroughbred racing. Although still a factor in many handicapping strategies, most knowledgeable horseplayers recognize that the extreme track biases seen in many older tracks have disappeared from modern racing due to increased attention to safety resulting in more consistent maintenance patterns and more consistent surfaces. Although track bias is not the sole factor determining the outcome of a race, it is still a factor, and handicappers ignore it at their peril. Dr. Michael “Mick” Peterson, a professor at the University of Maine and executive director of the Racing Surfaces Testing Laboratory, considers the mechanics of track bias, the circumstances under which it may be a factor, and the relationship between a safe and a consistent racing surface.

What is track bias?

While bias can occur on all three major surface types, the degree and scenarios are different on turf, dirt and synthetic. In all cases, proper maintenance can minimize the effects, but the tools differ by type of surface.

Generally speaking, bias is less common on synthetics, and the surface will not change during the course of the race card. Turf can change during the day, but is almost totally at the mercy of the weather. Dirt is the most dynamic of the three, with opportunities to change the bias through the card and at the mercy of the weather. It is the most challenging surface to maintain, and can be the most rewarding for the attentive handicapper.

The three sources of track bias

There are three primary sources of track bias: weather, maintenance and kickback.

The persistence of the track bias either through the race card or even between days is generally determined by the source of the bias and the efforts of the track maintenance team. In most cases, weather and maintenance go hand-in-hand – the most significant and common track bias is caused by inconsistent moisture content. Wet, dry, or even freezing weather will change a racing surface. Maintenance variables including harrows, floats and the operation of water trucks are sometimes to blame for variation in the track. However, inconsistent moisture and the resulting bias is usually a function of weather.

Other non-water related maintenance problems are more subtle and speak to the skill and attention required for proper track maintenance. Thus the cause of a fast rail could be water, or it could be an issue with the grading that changes way that the harrow cuts the surface.

The other persistent source of track bias is kickback – when part of the ground surface is dislodged during the running of a race and “kicked back” into incoming horses. This is an issue on some tracks when the surface does not compact properly and a loose layer develops on top of the track cushion. Kickback may be one reason that some horses perform better on turf. Unlike weather and maintenance, the effect of kickback may depend more on individual horses and riders than the degree of material. As with many factors in racing surfaces, as the surfaces become more forgiving and more consistent, the reaction to even small changes can be an important factor in the outcome of a race.

When does track bias matter?

A well maintained track with wide corners will minimize the effect of track bias. For example, if a track is reasonably fair across the surface, running path options exist which will allow the best jockeys to avoid areas of the track which may be slower. Good examples of this phenomenon exist at Newmarket Racecourse, Kentucky Downs, or down the hill on Santa Anita’s turf course. The wide turns provide alternative race paths which will not significantly increase the distance traveled and allow the rider to effectively nullify the track bias. On surfaces like these, the skills of the rider may be more important than the track variable. An attentive jockey who understands the track and knows the mount can avoid many issues on a wider more sweeping course.

In contrast, track bias is probably most important on a short one turn or two turn race on an oval. This is simply an issue of geometry; a horse on the rail covers less ground to win. If there is a bias to the rail, the outcome of the race can be affected by the difficulty of traveling outside of the first lane or by the effort required to hold a position on the rail.

The size of any track bias effect is in general very small, and it may be transient. This means that the track bias is not only difficult to measure with traditional testing, but it would not be noticeable to many riders. However, when a race is lost by a nose, any effect is significant. As we parse these small effects it is critical to remember that we are dealing with minute changes that result in a reaction by the elite equine and human athletes of our sport.

It is also important to remember that the effect of track bias can be magnified by perception. If the rider and trainer change the race strategy to accommodate a perceived bias, their reaction can have an effect that is as real as a physical bias. Given the perception of the track, sometimes a transient bias will persist if the strategy for addressing it carries over long after the problem has been corrected.

Bias is a particular challenge for the handicapper. Since the bias can come and go, it is useful to know the source of the track bias and understand the source. If you are aware of these factors you are more likely to recognize the patterns and adjust your thinking accordingly.

Finally, the link between the safety and consistency deserves mention in any conversation about track bias. A consistent surface is generally considered to be safe. A bias resulting from surface inconsistency is a critical factor that can negatively affect the safety of horses and riders. Handicappers, too, must be mindful of this angle – when a bias results from inconsistency, it means there is an active maintenance effort behind the scenes to correct the situation and restore a consistent surface.

The importance of water

The single biggest variable in dirt and turf horse racing is water.

All three sources of track bias, weather, maintenance and kickback are, to some degree, affected by water. In fact, water can be both the cause and the solution to most track biases. Therefore, understanding water, and the effect of moisture content on sand, is critical to understanding track bias.

Too much or too little water on a dirt or turf racing surface will cause it to become deep and tiring. An attentive beach walker will notice the same effect: Feet sink into the sand and walking is difficult along dry dunes. However, that same walker will encounter the same problems in the fully saturated sand at water’s edge. When considering the effect of water on track bias, it is critical to start with the condition of the track prior to the start of racing and to understand the changes that occur during the race card due to weather and maintenance.

Two recent contrasting examples are helpful. On Kentucky Derby Day in 2013, rain did not start until well into the undercard. As the rain came down slowly and began to pool on the track, the times were steady. It was only when the water began to penetrate the surface that the times began to fall slightly. That was the time to seal the track – that is, compact the top layer of the dirt surface to prevent precipitation from being further absorbed into the surface, which was done at Churchill ahead of race 7 – to avoid the kind of surface that would have swiftly taken on the deep, tiring properties of sand next to the ocean.

However, the 2013 Breeder’s Cup at Santa Anita started on a Friday with high temperatures and a dry steady wind. These factors create a constant maintenance challenge to keep up with the drying of the track and ensure sufficient moisture in the surface. In this case, drying would lead to a surface which would be slow and more like the dunes at the beach.

Climate and weather are not the only factors – the track-specific drainage characteristics and use of water trucks can fundamentally alter the performance of the racing surface. In both cases consistent efforts to avoid track bias are required. The tools are different but the goal is the same: A consistent racing surface from the rail to the outside running lanes. 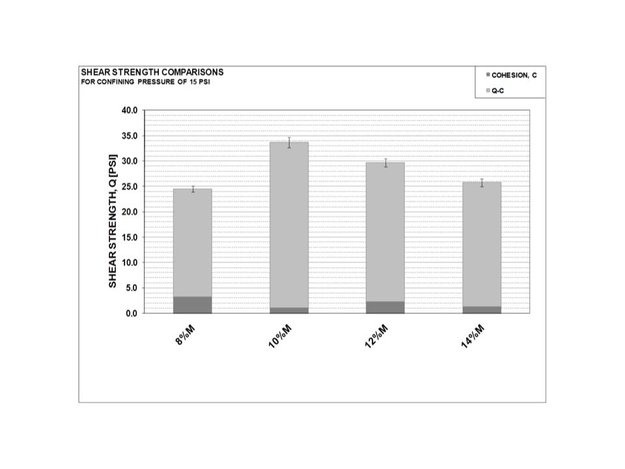