Top Aussie sprint looks set to be a thriller - and U.S. bettors can watch it live tonight

As the top U.S. horses migrate north for the summer, on the other side of the world in Brisbane, Australia, the top Thoroughbreds are also migrating north - for the winter. But that doesn’t mean racing down under is cooling off. Some of the biggest races in Australia are about to commence during the Brisbane Winter Racing Carnival.

The Carnival will showcase a series of spectacular sprints on the turf in May and June at Doomben and Eagle Farm racecourses.

And it all kicks off with a bang at Doomben tomorrow (Saturday, May 14) with the A$500,000 (US$367,000) G1 BTC Cup. The race, which some see as a Queensland equivalent of the Breeders’ Cup Turf Sprint, features some of the fastest horses in Australia - and it can be watched live in America tonight.

Fourteen quality runners have accepted for the six-furlong (1,200-meter) event, hosted by Brisbane Racing Club, and fans can expect a genuine tempo and healthy dividends.

Like the Breeders’ Cup Turf Sprint, the BTC Cup is a six-furlong turf G1 weight-for-age race for 3-year-olds and older. The major difference is that BTC Cup is run clockwise (right-handed), unlike U.S. races, which go in the opposite direction.

Although superstar Fell Swoop has been the early favorite, top Sydney trainer Chris Waller is getting just as much attention with three of his horses. His 3-year-old Japonisme is second favorite, with Delectation and Counterattack on the next line of betting. Japonisme, a possible for Royal Ascot next month, is currently priced at odds of $5 (4-1) while Matthew Dale’s Fell Swoop is at $4 (3-1).

The BTC Cup is race 7 on the Doomben card and is due to go off at 4.06 p.m. in Queensland. That’s just after 2 a.m. EST (11 p.m. tonight PST) and U.S. bettors can share in the excitement by logging into betting sites like TVG, TwinSpires, Xpressbet, BetAmerica, MyWinners, WatchandWager and NYRA Rewards to place their wagers and watch the action.

For bettors wanting more action from Brisbane, the BTC Cup will be followed by the Doomben Cup on May 20, the Doomben 10,000 on May 27, the Queensland Oaks on June 3, and both the Queensland Derby and the Stradbroke Handicap on June 24. 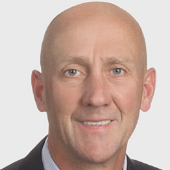