Young shuttle stallion Charm Spirit has been making quite an impact at the big NZB National Yearling Sale at Karaka in New Zealand. The demand for the first crop of the son of Invincible Spirit was expected to be keen, and pre-sale hopes have been realised through the opening sessions of the Book 1 Sale.

Charm Spirit’s superb 3-year-old career in 2014 culminated in victories in three of Europe’s leading Group 1s over a mile (the Prix Jean Prat at Chantilly, the Prix du Moulin at Longchamp and the Queen Elizabeth II Stakes at Ascot on British Champions Day) when trained in France by Freddy Head.

He retired as one of the best sons of Invincible Spirit. Indeed, only his contemporary, Kingman, has achieved a higher international rating among offspring of the Irish National Stud’s star stallion.

Charm Spirit is now shuttling between the Aga Khan’s Haras de Bonneval in Normandy and Windsor Park Stud, close to Cambridge in New Zealand. And his first yearlings have been making quite an impression at the sale, near Auckland. 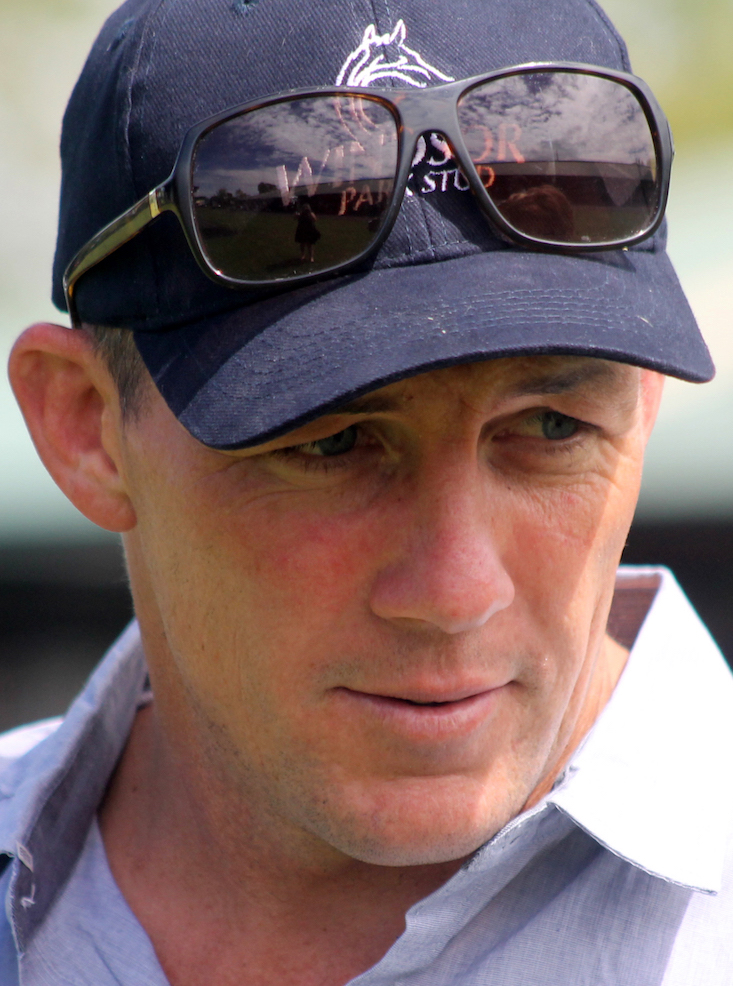 “He’s averaging around $130,000 [US$95,000] and they’ve been a really strong line of horses,” Windsor Park studmaster Rodney Schick (photo: Tara Hughes) said. “We’re really happy with the way things have been going. We were pretty confident coming into the sale.

“The other important thing is that they are going into top stables with people like Ciaron Maher, Guy Mulcaster and Chris Waller buying them.”

One of Windsor Park Stud’s prized Charm Spirit lots was the second-to-last yearling through the ring on Monday and the filly was knocked down to Victorian horseman Ciaron Maher (currently 67th in the TRC Global Trainers’ Rankings) for $400,000.

“That’s about what we were expecting,” Schick said. “It was good money for her so we were very happy.”

The bay is a daughter of the Savabeel mare Lady Kipling, who won 11 races from the stable of Murray Baker and Andrew Forsman, including the Cal Isuzu Stakes (1600m) and the Auckland Thoroughbred Breeders’ Stakes (1400m).