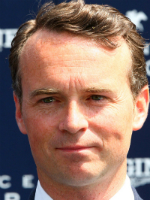 The Chantilly-based trainer had the best year of his young career in 2015, when he finished seventh on the French trainers’ table based on prize money, with over €1.9 million from 58 winners, and recorded his first ever G1 victory, thanks to Erupt’s success in the Grand Prix de Paris.

The Darley Flying Start graduate starts 2016 with more 2-year-olds than last year as well as a nice bunch of unraced 3-year-olds. He will also be able to rely on stable star Erupt, who has not been seen since his sixth place in the G1 Japan Cup. The Niarchos family-owned son of Dubawi is reported to have come out of his trip to Japan in good form and is due to make his reappearance in the Prix Ganay, which will be held this year at Saint Cloud on May 1.

Qatar Racing’s 4-year-old Sumbal has also remained in training and this G2 winner could make his return to the track in the G2 Prix d’Harcourt at Chantilly on Sunday. 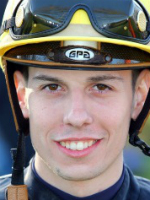 It was announced late last year that the young Italian jockey would replace Gregory Benoist as first jockey for major owner Gerard Augustin-Normand. The younger Demuro brother had been acting as a temporary replacement during Benoist’s winter stint in Hong Kong before his appointment was made official.

The 23-year-old, who rode 66 winners in France last year, including two listed successes for Augustin-Normand, took the listed Chesham Stakes at Royal Ascot on Suits You (by Youmzain) for Eoghan O'Neill.

Champion jockey in his native Italy at just 19 years of age, he previously spent some time in Japan and has made quite a name for himself since his arrival in France in 2013. The strength of Augustin-Normand’s string - over 150 horses with more than 30 trainers around France - means Demuro will be a force to be reckoned with in 2016. This 18-year-old apprentice has already caught the eye of numerous top trainers during his short career.

After spending three years with Pascal Bary, the young rider made the move across Chantilly to Italian trainer Alessandro Botti last September. He currently has 31 winners to his name, six of which have come in the first two months of 2016 alone, which means he will still be able to rely on the valuable apprentice weight allowance for this year.

“It has been a good advertisement for me to be associated with top trainers like Pascal Bary,” Bazire said. “I still have a very good relationship with him and regularly ride work when he needs me to. I hope to make a big impact this year that will last after I lose my claim.” 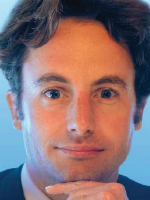 Managing Director of Arqana since 2006, Delloye has just taken over his new role as Chief Executive of French racing’s governing body, France Galop.

Delloye is a familiar face to visitors to Arqana’s sales complexes in Deauville and Saint Cloud and was instrumental in many developments for the sales company during his time there. Many in French racing were delighted at the news of his appointment in the hope that his dynamic attitude will herald a new dawn for French racing.

Delloye commented at the time: “I am really looking forward to this new position, which will bring many new challenges. I am delighted to continue to be involved with French racing, which I am so passionate and enthusiastic about. I think we have many advantages on our side and I look forward to future projects.” Unbeaten in four starts, Trixia announced herself as a classic contender for 2016 after her success in the G3 Prix des Reservoirs at Deauville last October.

The Jean-Claude Seroul-owned daughter of Siyouni was eased up near the finish under a hands-and-heels ride to beat Jean-Claude Rouget’s Jemayel, who is held in high regard by her trainer. Trixia has now been moved from Frederic Rossi in Marseille to Chantilly, where she will be in the care of Alain de Royer Dupré. The filly has received entries for the fillies’ French hat trick of G1s - the Poule d’Essai des Pouliches (French 1,000 Guineas), the Prix Saint Alary and the Prix de Diane (French Oaks). The Wertheimer brother’s stable star was the principal flagbearer for the Tricolour in 2015, when maintaining his unbeaten record in six starts, four of which came in G1 races abroad. And we can probably expect more of the same this season.

After winning his prep race in Chantilly in early March, the then 5-year-old gelding took the G1 Dubai Turf in Meydan on Dubai World Cup night later in the month. Back in Europe, the popular grey was successful in the G1 Prix d’Ispahan before winning the G1 Queen Anne Stakes at Royal Ascot in June and the G1 Sussex Stakes at Goodwood at the end of July.

Solow finished off a tremendous year with an unbelievable fifth consecutive G1 success in the Queen Elizabeth II Stakes on British Champions Day back at Ascot.

He scored comfortably  on his reappearance on Chantilly early last month but was forced to miss this year’s Dubai Turf after suffering a slight knock in training. Trainer Freddy Head stressed it was not serious.

7. French classics on the move

… while Longchamp is rebuilt 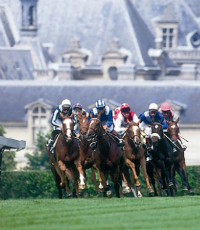 The closure of Longchamp Racecourse after the Prix de l’Arc de Triomphe in 2015 as it undergoes a major transformation will result in the great race being held for one time only at the historic and prestigious racecourse of Chantilly (pictured left).

This will provide a once-in-a-lifetime opportunity for people to see the Arc runners gallop past the famous Royal Stables and Chateau of Chantilly in October. Expect many to make the most of Arc weekend with a visit to Europe’s largest training centre in the heart of the breathtaking Chantilly forest.

Hosting this event will provide challenges for Chantilly as public attendance will have to be restricted due to the size of the racecourse, and temporary facilities will have to be installed.

Chantilly will not be the only French racecourse to benefit from the temporary closure of Longchamp in 2016.

Not only will this provide a chance for racing enthusiasts to spend an action-packed long weekend in the equine paradise on the Normandy coast, but it will also mean the two “Poules” being run, uniquely, over a straight-mile track.

The Coolmore-sponsored G1 Prix Saint Alary has been moved from late May to Monday 16, the day after the two Guineas, providing even more of a reason to extend a stay in the beautiful seaside town. 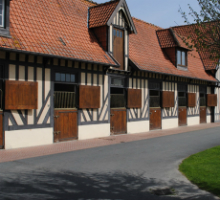 Ecurie des Monceaux has been one of the most remarkable success stories in Europe in recent years. In operation since 2009, under the guidance of Henri Bozo, it has been the leading vendor at the Arqana August Yearling Sale in Deauville for the past four years, selling 27 yearlings for a record breaking €12.1 million, at an impressive average price of €450,000.

The Monceaux team broke the million barrier three times at last year’s yearling sale, with the top lot a son of Dubawi, from the family of Prudenzia and Chicquita, who was knocked down to John Ferguson for €2.6 million. It will be exciting to see what dizzying heights these relatively new consignors reach this year. 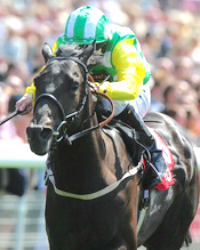 The champion first season sire in France, the 8-year-old son of Ifraaj had a dream start to his stallion career at Haras d’Etreham in Normandy. His first crop of 2-year-olds included listed winner Almanzor, who is a leading classic hope for Jean-Claude Rouget in 2016, as well as Nadino, who is likely to be entered in the French 2,000 Guineas.

Twenty-two percent of his first crop hold classic entries and there are plenty of other impressive statistics: 81 percent of his runners finished in the first three and over six percent stakes winners to runners. Three of his yearlings also broke the €100,000 barrier at the Arqana Yearling Sales in 2015.

“Wootton Bassett covered around 70 mares last year,” said Nicolas de Chambure, of Haras d’Etreham. “[This was] after having a book of around 30 mares in his first two seasons at stud.

“The quality of mares being sent to him is improving each year. His progeny are good looking, nice moving types who improve from two to three, and all the trainers are very happy with them. He has proved himself to be a very commercial stallion and we expect him to cover between 100 and 120 mares in 2016.” 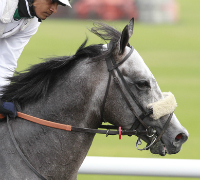 Standing at Haras de la Cauviniere in Normandy, Rajsaman (by champion sire Linamix) broke the French record for the most mares covered by a stallion with a book of 219 in 2015.

G1-placed and a multiple black type winner, Rajsaman will have 110 2-year-olds from his first crop in 2016. His first yearlings sold well last year and proved particularly popular with French trainers, with Joel Boisnard going to €67,000 to acquire the highest priced of them.

A dual listed winner as a 2-year-old, Rajsaman went on to win twice at G2 and twice at G3 level, including a victory over Siyouni and Lope De Vega in the G3 Prix de Fontainebleau.

“He has been very well supported by us, as has been our policy with all our new stallions in the past, such as Le Havre, as well as by some very successful French and European breeders,” said Mathieu Alex, of Haras de la Cauviniere. “We tried to keep as many of his progeny as possible and to send them to the best trainers. I know both Pascal Bary and Jean-Claude Rouget think a lot of his 2-year-olds that they currently have in their care.

“He was precocious and looks to have bred that into his progeny. We are expecting to have a very big year with him in 2016 and he already has 150 mares to cover. We have sent him 35 of our own mares every year, including the dam of dual classic winner Avenir Certain and G1-placed Nonsuch Way and Belliflore. We have great faith in this stallion so we are keeping our fingers crossed for the future.”