Not to be overshadowed on Dubai World Cup day was the team of competitors from America.

With champion Roy H scratched from the Dubai Golden Shaheen due to a foot abscess, there were no champion dirt runners left to perform, yet, despite that lightness in depth, American-trained runners won three of the six races in which they competed. They also racked up combined earnings, including the dollars earned by place-getters, of $7,855,000, equal to 22.4 percent of the $35 million offered by the nine-race program.

Multiple Graded stakes winner Coal Front launched the red, white and blue flag in the $1.5 million Godolphin Mile, the first Thoroughbred race on the program following the Dubai Kahayla Classic for purebred Arabians, by swooping to pass frontrunner Heavy Metal near the finish.

The victory proved a literal dream come true for jockey Jose Ortiz, who had said earlier in the year that he hoped to ride for the first time in Dubai.

“My horse felt great for me,” a jubilant Ortiz said. “He dug in late and won it well.” 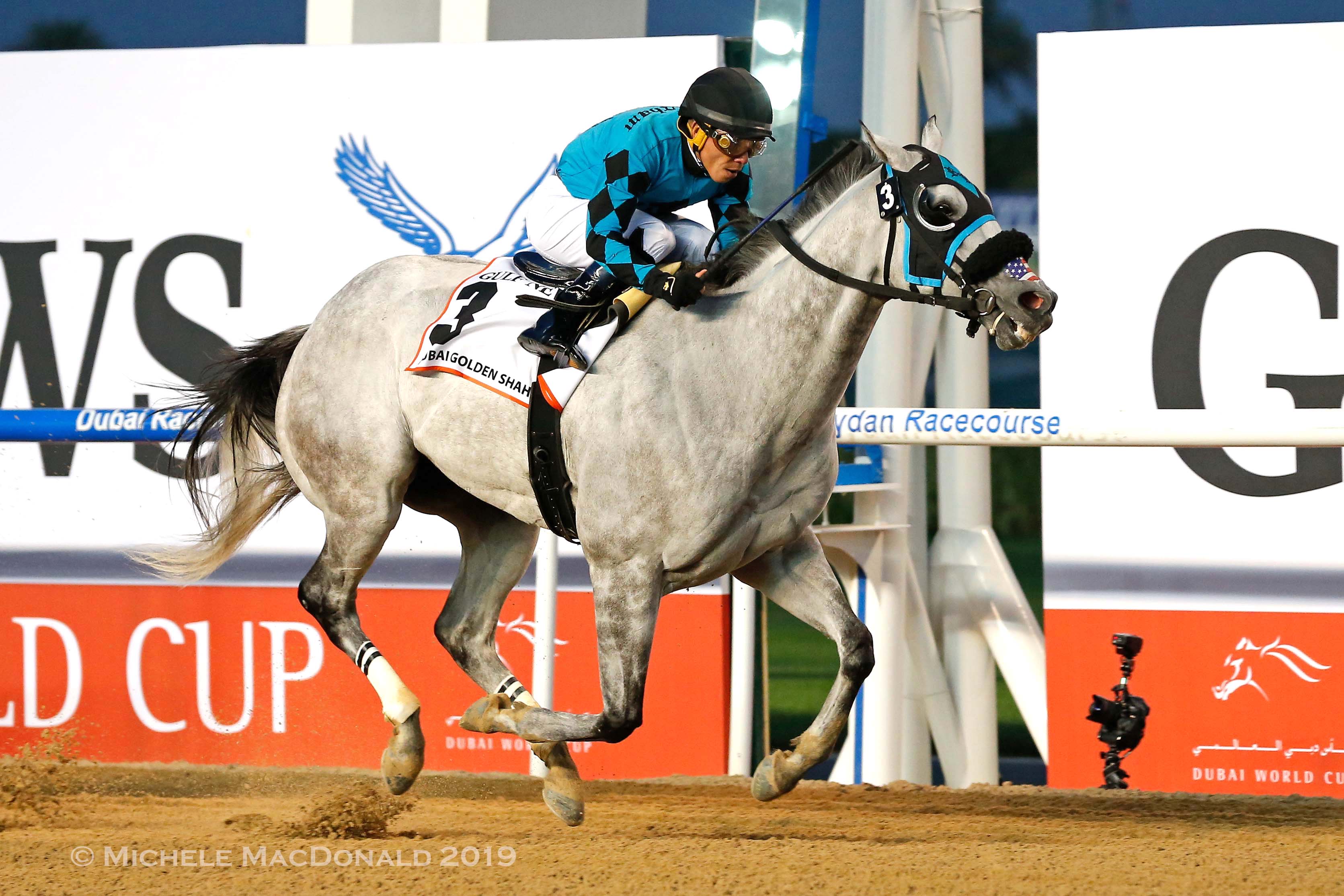 Also making personal history with the win by Coal Front, who raced in the silks of Robert LaPenta and is co-owned by Sol Kumin’s Head of Plains Partners, was trainer Todd Pletcher, who recorded his first and long-sought Dubai victory.

It took Ortiz less than two hours to add to his win total as he steered Imperial Racing’s Plus Que Parfait to triumph in the $2.5 million UAE Derby while earning the qualifying points needed for the Kentucky Derby starting gate. The win marked a return to roots for trainer Brendan Walsh, an expat Irishman who worked there for Godolphin for a decade but was saddling his initial runner in Dubai.

“Brendan, he works so hard and he gave me so many shots and we haven’t been lucky and now I was able to deliver for him. To win means a lot,” Ortiz said. “It’s tough to come all the way over and win here, and I have been blessed to have two winners.”

California-based Gray Magician finished just three-quarters of a length back in second for trainer Peter Miller, who also had reason to be proud of his turf sprinters Belvoir Bay and Stormy Liberal. That duo finished second and third, respectively, in the $2 million Al Quoz Sprint won by Godolphin G1 winner Blue Point.

“We just got beat by the home team and that was probably the difference. I think maybe, if the race was at Santa Anita, we might have had the edge,” Miller said. “All congratulations to Sheikh Mohammed and his team. Blue Point is a super horse and it was no disgrace finishing second and third to him. I’m hoping maybe I’ll see Blue Point in the Breeders’ Cup at Santa Anita. We’ve got a score to settle.”

U.S. sprinters ran 1-3-4 in the G1 Dubai Golden Shaheen, with the 7-year-old X Y Jet finally winning landing the spoils after losing out in photo finishes in each of the last two runnings.

Gronkowski, who finished second to Justify in the Belmont Stakes, currently is trained by UAE-based Salem bin Ghadayer, and his $2.4 million check will stay in Dubai with owner Phoenix Thoroughbreds.