With “Championship” meetings gathering steam around the world, Gretchen Kijak updates on the future of Sydney’s version – The Championships at Royal Randwick in April next year.

It was with inspired minds that Sydney’s The Championships was conceived, a racing event that would not only rival Victoria’s famous Melbourne Cup carnival, but one that could also achieve a global recognition on par with the Breeders’ Cup or Dubai World Cup night. Positioned as the jewel in the crown of Sydney’s six-week 2014 autumn carnival, the event showcased 10 races across two Saturdays in April. It was the brainchild of Racing NSW, hosted by the Australian Turf Club (ATC) at Royal Randwick, and a record-breaking AUD$18.2 million in prize money was offered, aided in part by New South Wales government funding.

The concept of Sydney’s The Championships was met with both scepticism and delight. Though it was agreed that Sydney deserved a racing event with the international draw and reverence of a Melbourne spring, hardened racing identities had serious doubts whether the unprecedented prize money could be sustained. Australia stages approximately 72 G1 races every year, but there had never been such a radical elevation in prize money as what was proposed for The Championships. Three races were chosen to be the richest of their type in the world – the AUD$3 million Doncaster Mile (1,600 meters), AUD$2.5 million TJ Smith Stakes (1,200 meters), and, the pinnacle race of the two feature days, the Queen Elizabeth Stakes (2,000 meters). The latter alone skyrocketed from a purse of AUD$500,000 in 2013 to AUD$4 million in 2014.

To complicate matters, The Championships was only green-lighted in November 2013, leaving little time to pull the ambitious inaugural event together, even with high-profile races that already attracted the best racehorses in Australasia. Nevertheless, the event was a success. The ATC recorded attendance of more than 50,000 over each of the Saturdays, and punters upped their game as well. Australia’s leading wagering operator, Tabcorp, reported a 39 percent increase in the New South Wales TAB turnover compared to the previous year’s equivalent, and a whopping 303 percent increase in betting on the Queen Elizabeth Stakes.

The racing did not disappoint. The TJ Smith was won by Victorian gelding Lankan Rupee, who went on to become the world highest-ranked sprinter. Popular Sydney trainer Chris Waller saddled the first four home in the Doncaster Mile, and crowd favourite, the New Zealand star It’s A Dundeel, secured the Queen Elizabeth for John Messara of Arrowfield Stud, who is also chairman of Racing NSW, and the man credited with creating the concept for Sydney. 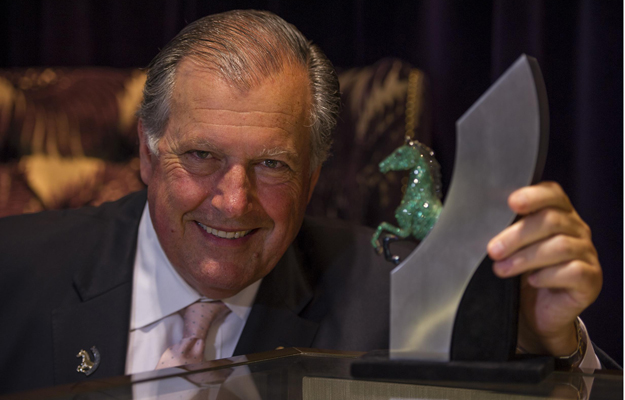 However, the likelihood of The Championships gaining an encore performance in 2015 looked woeful for a while, despite the undisputed success of the debut meeting. Funding negotiations between Racing NSW and the state government ground to a halt in May this year, just a month after the event. In lieu of a second government grant, a loan of AUD$10 million per year for four consecutive years was proposed to secure The Championships’ future, but Racing NSW rejected it. Instead, it brought a much bigger issue to the table – the ongoing debate over wagering tax.

At the moment, for every AUD$100 bet on the New South Wales TAB, the state government takes AUD$3.22, compared to the Victorian government which takes AUD$1.28, and the Queensland government which takes AUD$1.83. Racing NSW proposed that if the state was allowed parity (equality) with the tax rates of the other racing states, the racing industry could contribute a further AUD$172 million to the New South Wales economy, including AUD$48 million from The Championships (in combination with the entire autumn carnival). A further AUD$36 million was forecast from event-motivated tourism income. While negotiations about tax parity remain ongoing, Racing NSW and the ATC nevertheless scored a win on Aug. 14. The government committed AUD$10 million in outright funding to The Championships for 2015.

“The Championships will become racing’s premier event in New South Wales, and the government is proud to be supporting its continuation,” said New South Wales Premier Mike Baird. “With greater brand awareness and more time to prepare, next year’s event is only going to be bigger and better.”

The Championships 2015 will be held on April 4 and 11 at Royal Randwick. The 10 feature races, as well as total prizemoney, remain the same as 2014, but the dates have been moved forward a week. This places the Inglis Australian Easter Yearling Sale between the two big Saturdays. It’s a strategic move to bookend the elite bloodstock auction, the largest aggregating sale in the Southern Hemisphere, which has always enjoyed a proximity to Sydney’s rich autumn wares.

Darren Pearce, CEO of the ATC, said, “We are grateful for the ongoing support of the New South Wales government, and the announcement of funding for 2015 allows us to build on the success of The Championships for a ‘grand final’ week of racing at Royal Randwick. The ATC and Racing NSW will continue to work with government on showcasing Sydney, and all that it has to offer on the racetrack.”

While much of The Championships will remain as it was in 2014, next year’s event will also welcome a new addition – a Provincial and Country Championship Series. In an effort to involve non-metropolitan racing, five provincial racecourses (Kembla Grange, Newcastle, Wyong, Hawkesbury, and Gosford) and seven country racecourses (Bathurst, Port Macquarie, Tamworth, Wagga Wagga, Grafton, Goulburn, and Dubbo) will stage qualifying races in their respective regions, culminating in two final races at Randwick – the Provincial Championship over 1,400 meters on April 11, and the Country Championship over 1,400 meters on April 4. Both races will carry AUD$300,000 in prize money.

“People have already purchased their tickets to cheer on their region at Royal Randwick,” said Peter V’Landys, CEO of Racing NSW. “We are targeting the young, progressive country horses for this series, and, along with the provincial series, it ensures the entire New South Wales Thoroughbred racing industry is part of the grand-final fever of The Championships.”

As the event ploughs toward 2015, the question about international visitors remains. In 2014, both Gordon Lord Byron, from Ireland, and Hana’s Goal, from Japan (who were the only two internationals to travel), picked up rich wins during the Sydney autumn, though neither occurred on the two Championship days. Darren Pearce believed these victories were priceless marketing for the event.

“Gordon Lord Byron and Hana’s Goal showed that the superior horses from overseas can compete in one of the toughest and most competitive racing centres in the world in Sydney,’’ he said.

However, it will not prove any easier to get visiting horses to the city next year, as Sydney still lacks a quarantine facility for horses in training. At present, all international racehorses must complete two weeks of quarantine in their home nations, followed by a further two weeks at Victoria’s International Quarantine Centre at Werribee Racecourse. This facility is 900 kilometres from Sydney. While restrictions were simplified in 2013, the relaxing of quarantine is a serious concern. Australia is comparatively disease-free, and the impact of something as common as equine influenza (EI) brought the industry to its knees in 2007.

The renewed funding for The Championships outlines quarantine as one of its key targets, and a dedicated equine quarantine facility that is also a training track is in the pipeline. While Canterbury Racecourse in inner-west Sydney was a possible solution, so also were the provincial track Kembla Grange, and country track Goulburn. But V’Landys rejected these.

“Both Kembla Grange and Goulburn have been ruled out as they would not satisfy our Commonwealth government requirements,” he said. “Regulations are much stricter since the outbreak of EI. However, we have looked at two other locations, and we hope to make an announcement in the next few weeks.”

In the meantime, New South Wales waits. The quarantine solution is paramount to the survival of The Championships, but so also is the tax parity decision, which is due next month. On Oct. 7, it was reported that the tax parity report was delivered to the government for review, and racing awaits that outcome with bated breath.