An unusually marked, mostly white foal from the last crop of California Chrome’s sire, Lucky Pulpit, has been foaled at Stone Bridge Farm in New York, fulfilling a dream sparked in owner-breeder Gary Tolchin when he attended races with his father as a youth.

The colt was delivered on May 19 by the white mare Passionforfashion, who Tolchin acquired privately last year after a lengthy search for a white Thoroughbred.

“I always wanted a white horse after I saw one at Aqueduct with my father, Sam Tolchin, when I was growing up,” he said. “My goal is to continue breeding white horses.” Tolchin intends to keep the newborn colt and eventually place him in training. 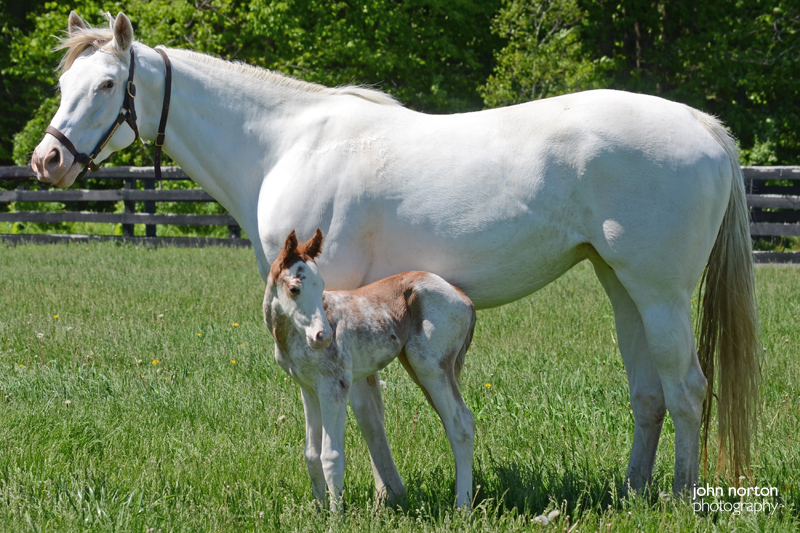 Rick Bailey, registrar of The Jockey Club in America, said it is too soon to determine what color the colt will be given officially when registered. His coloring is similar, although a bit more splashed with chestnut, to that of Passionforfashion’s dam, the registered white Trust N Luck mare Turf Club, who also had liberal chestnut markings.

Tolchin, who is based in New Jersey and is active in the New York and Kentucky breeding programs, has owned or co-owned many prominent runners, including Big Brown, winner of the Kentucky Derby and Preakness Stakes.

After an unsuccessful attempt to buy another white mare at public auction, Tolchin found Passionforfashion through social media.

She was located by one of his agents, bloodstock and media consultant (and TRC contributor) Michele MacDonald, in a Facebook posting by trainer Doug O’Neill’s operations manager, Sharla Rae Sanders, and soon purchased from previous owners.

Since Passionforfashion, a daughter of Unbridled’s Song’s multiple graded stakes-winning son Old Fashioned, was located in California and the 2016 breeding season was coming to a close, MacDonald recommended she be bred to Lucky Pulpit, who stood at Harris Farms. The cross of the Pulpit and Unbridled lines is the same general cross that produced leading sire Tapit.

Tolchin arranged the mating with Lucky Pulpit, California’s leading sire in 2016 and sire of record-setting, two-time Horse of the Year California Chrome. After Passionforfashion was safely in foal, he shipped her to Stone Bridge Farm. 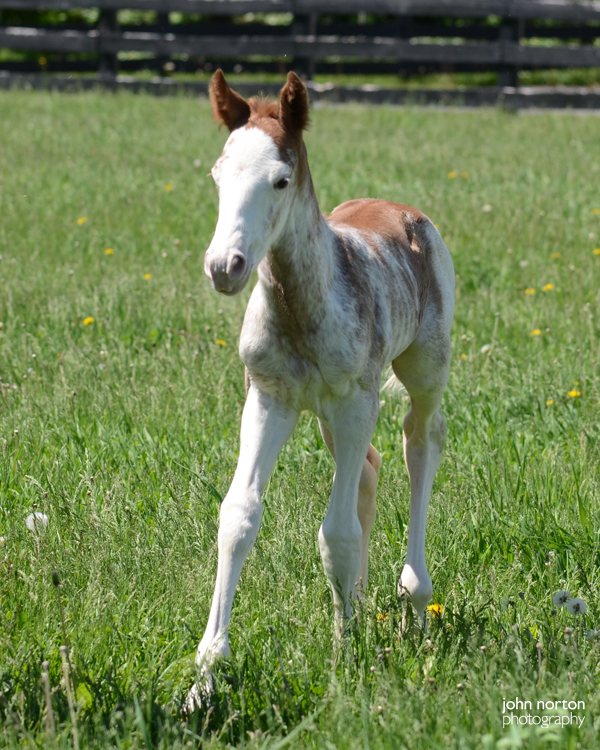 “We think he’s great,” Stone Bridge Farm manager Heidi Fischer said of the colt, who has a sturdy frame and good bone.

“I was fascinated when I saw the white horse with my father, and I’ve always liked them and gray horses, which seem to be lucky,” said Tolchin. “This all fell into place when Michele saw Passionforfashion on Facebook, and I said ‘let’s do it’ with the mating to Lucky Pulpit. I want to thank the people at Harris Farms, who were so helpful, and Stone Bridge Farm, which does such a great job.