Almanzor established himself as the best Thoroughbred in Europe last season with five straight victories during the course of an outstanding 3-year-old campaign. The French horse stays in training this year, and the G1 Prince of Wales’s Stakes at Royal Ascot in June likely to be his main target in the first part of the season.

Jean-Claude Rouget’s son of Wootton Bassett first really caught the eye in 2016 in the G3 Prix de Guiche at Chantilly, his final trial before June’s Prix du Jockey Club (French Derby), which he won as a 20-1 outsider. Jockey Jean-Bernard Eyquem made a move two furlongs out and Almanzor went on to win by just over a length.

He proved that was no fluke next time, in the Prix Guillaume D’Ornano - Haras Du Logis Saint-Germain at Deauville in August, once again beating the best 3-year-old colts in France. 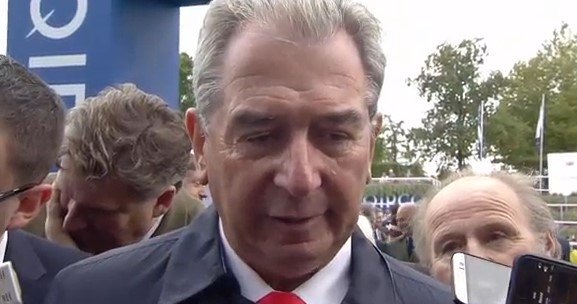 Then it was all-age company for the first time in the Irish Champion Stakes at Leopardstown in September. The field (including the Aidan O’Brien superstars Found, Minding and Highland Reel, as well as Epsom Derby winner Harzand) was later rated the strongest in Europe all year in the Longines World’s Best Horse Race Rankings. But the French colt was a decisive winner.

Almanzor’s fantastic season was capped off on British Champions Day at Ascot in October, when he once again had Found, who had just won the Arc, back in second in the Qipco Champion Stakes. Connections had opted to send Almanzor to Ascot rather than stepping him up in trip to run in the Arc.

He was later named the highest-rated European horse in the Longines World’s Best Racehorse Rankings for 2016 with a mark of 129 - five pounds more than Found and Postponed, who were joint second highest.

A look at the major horse racing betting sites will show that Almanzor is available at evens in the early betting for the Prince of Wales’s Stakes later this year at Royal Ascot. Punters considering betting on the horse will be wise to look into comparisons of different bookies to take advantage of bonus offers and best odds. Connections won’t be afraid to make the trip across to the UK again given how well he travelled last season and the way he handled the track at the back end of a busy campaign.

Connections won’t be afraid to make the trip across to the UK again given how well he travelled last season and the way he handled the track at the end of a busy campaign.

Rouget will be keen for his horse run again before Ascot and may choose the G1 Prix Ganay at Saint-Cloud on May 1 for his seasonal reappearance. The contest, open to 4-year-olds and above, was a regular first stop of the year in Europe for another recent French favourite, Cirrus des Aigles.

If all goes well for Almanzor at Royal Ascot, he could return to Ireland to defend his crown in the Irish Champion Stakes. The Aidan O’Brien-trained Dylan Thomas, who won the race in 2006 and 2007, is the only horse ever to win it more than once. Dylan Thomas also won the Irish Derby, the King George and the Arc.

With this likely to be Almanzor’s final season, one big question connections must face is where to end his racing career before he goes to stud. The Champion Stakes is the most likely option, but will they be able to resist the lure of Europe’s greatest race, the Arc?