Sunday is Prix de Diane day at Chantilly Racecourse, an occasion of special significance as it’s one of the most important events not only in France’s racing calendar, but also in its social and fashion calendars, as John Gilmore found out.

The hats are daring, stylish, and extravagant, the dresses straight from leading fashion houses. The gentlemen are in top hats and tails. It’s a sea of colour and elegance in front of the stunning chateau backdrop.

This is the annual Prix de Diane day at Chantilly Racecourse, a fashionable ladies’ day steeped in tradition as one of France’s rare occasions when all the social classes mix. They are all there on the vast pelouse (grand lawn) area on the inside of the racecourse for pre-racing picnics, with Champagne flowing freely and live music floating out across the vast open green. 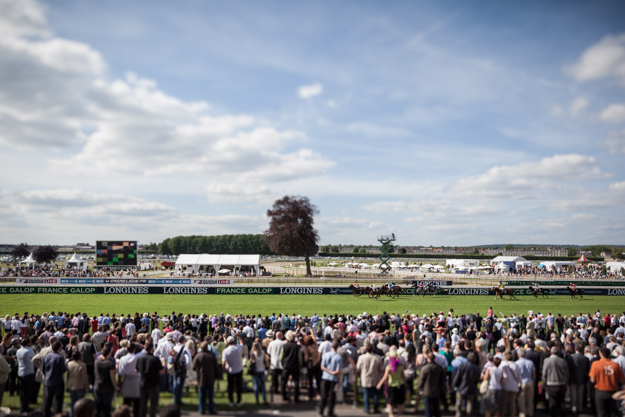 If you’re looking for a fabulous setting, Chantilly, a small provincial town of 12,000 people that is 37 kilometres (23 miles) north of Paris, is hard to beat. The surrounding green fields and lush forests make its famous racecourse not only one of the premier tracks in the country but also one of the loveliest.

The Prix de Diane, often referred to as the French Oaks, was first run in 1843 and is named after the mythical goddess Diana. The event has been linked to up-market luxury and elegance for the past 37 years, having been initially sponsored by Revlon from 1977-82 and by Hermès from 1983 to 2007. Current sponsor is the prestige watchmaker Longines.

The style and glamour are still there, although France Galop’s marketing efforts are now geared toward attracting a much wider and more varied type of spectator, with particular emphasis on families – there are many activities for children – and young adults who like to party.

On Sunday, live music will be staged on the pelouse before and after racing as it has been for the past five years. This year, leading French singer Julien Doré and actress Kate Winslet, a Longines “ambassador,” will be among the celebrities in attendance. The Prix de Diane is indeed a notable social occasion, and after the races, many will continue to enjoy the atmosphere by dancing away into the night to disco music on the pelouse, or by sampling the delights of Chantilly’s many packed bars and restaurants.

This all added up to a large crowd of 47,000 last year, but it remains to be seen if that level will be maintained in the face of a new pricing structure for the Parisian tracks. The pelouse remains free, apart from the triangular village area near the finish line which will increase from €4 to €10 ($14) for adults, with the main racecourse entrance up from €8 to €20 ($27), and seating on the top floor of the panoramic stand an extra €15 ($20). The price of the beautifully designed picnic sandwich boxes on sale at the track – the boxes are treasured as much as their contents and often taken home as souvenirs - has also been increased by €3 to €28 ($38).

"The Prix de Diane race day is a premium international sports event on the calendar and entry prices compare very favourably with other top events, like the French tennis open at Roland Garros, where entry prices start at €25, or a day at Royal Ascot, which would cost the equivalent of €75. And young children with parents get in free,” said Jean-Christophe Giletta, France Galop’s marketing director.

"We have also organised with the French SNCF [national state-owned railway] to run five extra return-trip trains from the Gare du Nord station in Paris at an inclusive rail and village entry of €16, which is equivalent to the normal return rail fare, with room for 6,000 extra passengers,” Giletta said. “The 800 panoramic seat area near the finish was sold out two weeks ago. If we have a sunny day like last year, I fully expect at least 40,000 spectators."

The race may have also profited from a change of date. Traditionally, it was run a week after the Prix du Jockey Club on the second Sunday in June, but last year’s race was changed to the third Sunday to avoid a clash with the French Open men's tennis final – which Longines also sponsors.

Fashion is a major part of the day, and Laurence Bossion, a milliner who has run her own quality hat shop in the chic Rue Saint-Roch in Paris since 2007, sells many hats for the occasion.

"For the Prix de Diane, we normally sell around 80 hats with prices varying between €200 and €400, not only for the rich, but also young women aged around 25-30 who work in office jobs and who like to wear something nice made from quality material for this very unique French occasion," Bossion said.

Boisson will be hoping someone wearing one of her hats will capture the judge’s attention and win the Longines Mademoiselle Diane competition and a coveted Longines watch. 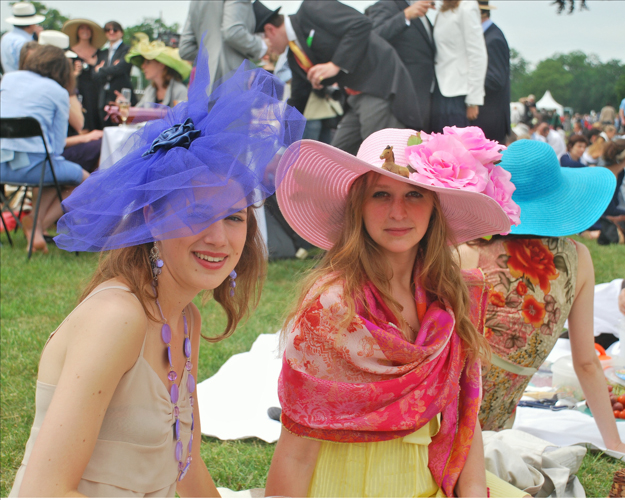 The race itself – run over 2,100 metres (1 mile, 2.5 furlongs) - has a fabulous roll of honour, including the Queen of England’s Highclere 40 years ago (a picture of Her Majesty leading the filly in after the race hangs on the wall in Chantilly's Giorgio Trattoria restaurant). More recently, there was the Aga Khan’s Zarkava in 2008 and Treve last year, both subsequent winners of the Prix de l’Arc de Triomphe.

One of the most eagerly anticipated duels in the race’s history came in 1987, when French and English 1,000 Guineas winner Miesque, trained by François Boutin and ridden by Freddy Head, was taken on by the Sir Henry Cecil-trained Indian Skimmer, ridden by American Steve Cauthen. Cecil used a pacemaker in the race to test Miesque's suspect stamina, and the tactic worked superbly. Cauthen, always lying handily in third place with Miesque just behind, asked Indian Skimmer for an effort in the straight and the pair majestically pulled clear, Miesque struggling in her wake to maintain second place.

Another American jockey, Cash Asmussen, won the Diane three times. He rated the 1984 winner Northern Trick as the best filly he had ever ridden.