A classic victory would always put connections in contention for one of the TRC Performers of the Week awards, and when there are other successes to back that up their claims become increasingly hard to resist.

In addition to the thrilling G1 Preakness Stakes win of War Of Will, GARY BARBER ET AL (+4pts, #16 from #21) saw the hot pink colours carried by G3 Selene Stakes winner Power Gal at Woodbine. Barber, South African born, is the former chairman and CEO of Metro-Goldwyn-Mayer. This is his second award of TRC Owner of the Week.

Apart from War Of Will, Barber has been represented by G1 winners Channel Maker, Haveyougoneaway, Catch A Glimpse and Salty in the current three-year rankings window. His highest ranking is #14, achieved five times, most recently in February.  His wins since May 29, 2016, in reverse chronological order, are as follows: 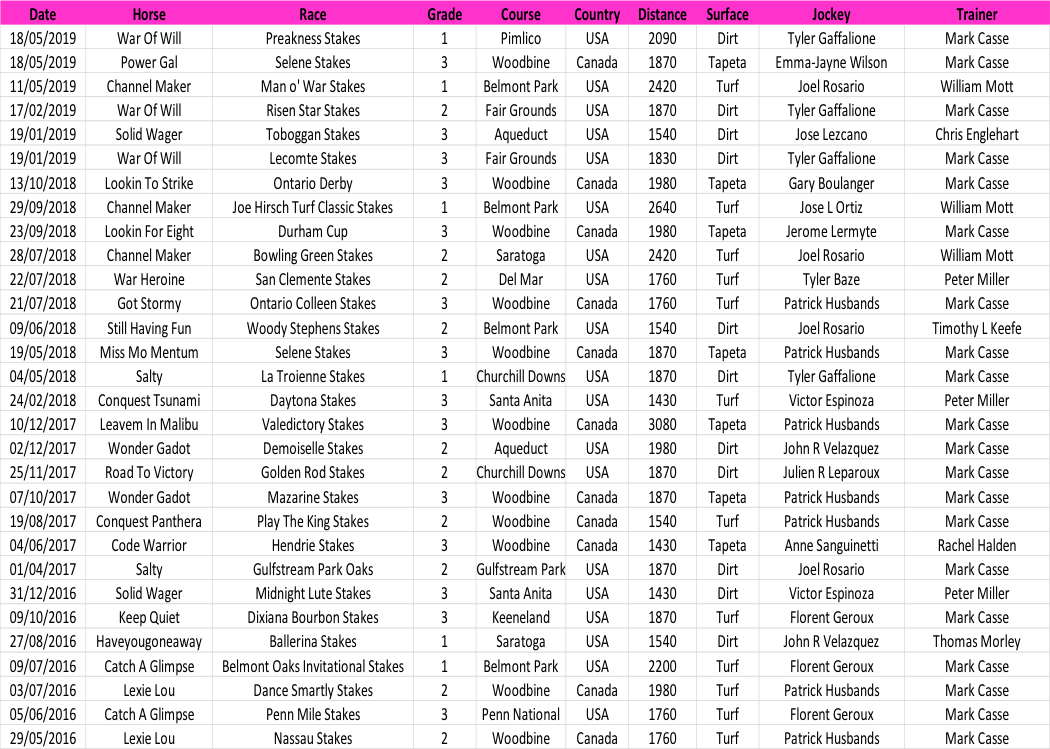