On December 28, 1929, a steady stream of cars made the journey across the Californian border into Mexico. Trains arrived from Los Angeles and San Francisco, and even some private planes could be seen coming into land. They were all here for the same reason. It was the opening of an 81-day racing season at the newly constructed Agua Caliente Racetrack in Tijuana, just south of the U.S. border in the Mexican state of Baja California.

Hotels had been fully booked for weeks in anticipation. Yet, construction had barely been completed and, while the festivities were taking place, worker unrest was being settled with union leaders behind the scenes.

To the patrons, this went unnoticed. A sea of 20,000 spectators burst from the 5,600-capacity grandstand, flooding out onto the lawn in front. Trackside, the buzz was palpable. Impeccably dressed guests floated around the exclusive Jockey Club, catching the action from the well-appointed terrace or holed away in the upstairs gaming parlour, where track winnings could be lost at the spin of a roulette wheel. An infectious joy came over the crowd as they absorbed the opulence of their surroundings – though it could also have been the freely-flowing champagne taking effect. 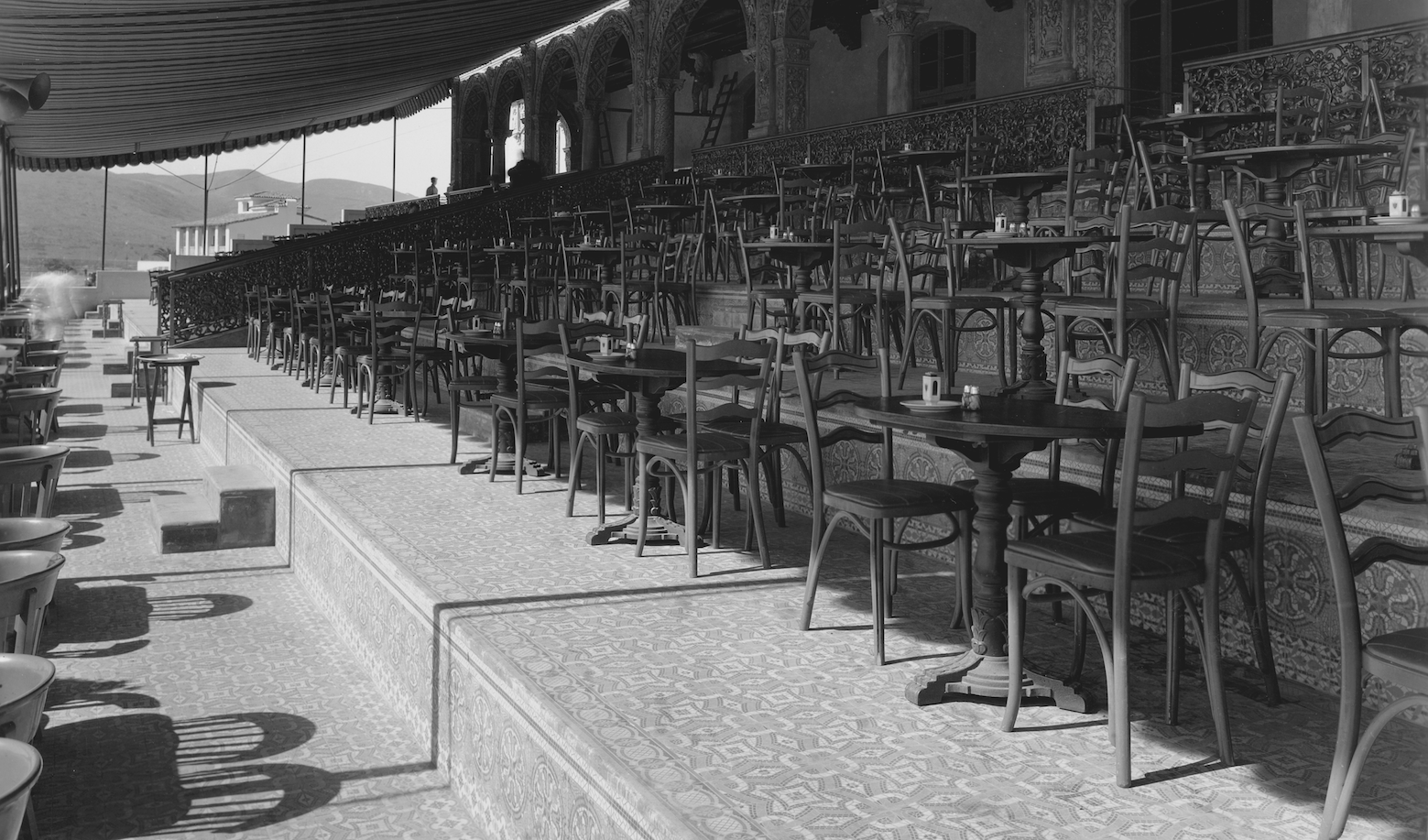 Against the backdrop of splendour and decadence, it was near impossible to comprehend that the stock market crash had occurred just three months prior. Agua Caliente offered an opportunity to escape reality.

The inaugural season was marked with seven staked races and culminated in the running of the Agua Caliente Handicap on March 30, 1930. With a prize pot of $140,000, it was the richest race in the world.

Forget the Sport of Kings, at Agua Caliente horseracing was the Sport of Barons. The racetrack was the brainchild of four so-called ‘Border Barons’: Wirt Bowman, James Crofton, Abelardo Rodríguez and the aptly named Baron Long. In 1925, the businessmen pooled their respective knowledge on gaming, racing and hospitality, and took advantage of their political favour to set about building a sumptuous resort.

A desert site with a natural hot water spring was chosen. It was three miles south of Tijuana’s centre and just 21 from San Diego. Due to its proximity to the border, the constitution dictated that only a Mexican buyer could acquire the land. Rodríguez, who was by then the Governor of Baja California, stepped up. The land was secured, and building could begin.

Long took on design. He hosted a competition among well-known Southern Californian architects, but their creations in concrete did not resonate with the romantic image Long had envisioned. Instead, an unknown was offered the job. Wayne McCallister, self-taught and just 19 years old, conjured a Mission Revival scheme with Art Deco detailing to be set within a Mediterranean landscape. Decorators and expert craftsmen added further flair to the interiors, taking influence from the tastes of French and Moroccan kings.

The 500-guest hotel and lavish casino were completed in ten months, opening to excitement in June 1928.

The resort was glamour epitomised and irresistible to the influential elite. Agua Caliente soon became the reserve of film stars, British aristocracy and business moguls. William Randolph Hearst, Jean Harlow, Bing Crosby and Charlie Chaplin all frequented it. Agua Caliente even helped launch the career of Marguerita ‘Rita’ Cansino (later Hayworth). She was ‘discovered’ by the head of Fox Studios, Winfield Sheehan, while working as a dancer at the tender age of 16.

Agua Caliente reputedly earnt the Barons $5 million in its first year. By the first anniversary celebrations, the Barons had extended the hotel by 116 rooms, built an 18-hole golf course and planted hundreds of palm trees. Constructing a racecourse would be the crowning glory of the resort.

The left-handed dirt track sat on a hill above the rest of the resort. Three million cubic metres of earth were shifted in order to level the site. McAllister’s little secret, however, was that, despite this mammoth effort, the racecourse was actually still tilted on completion. The two-metre discrepancy had an impact on running times, but, as no one caused a fuss, the architect got away with it.

Mirroring the wider resort, the accompanying buildings – including the grandstand and the adjacent Jockey Club – had white stucco walls with red-tile roofs. The grandstand was impressive, but the Jockey Club was exquisite. The asymmetric structure incorporated a tower and a great striped canopy to shelter spectators as they sat out on the tiered patio. Inside, ornate detailing could be found at every turn. Horses’ heads carved in wood framed the bar; geometric representations of a race in action adorned the foyer ceiling; and intricate metalwork, following art deco motifs, decorated the ticket windows. 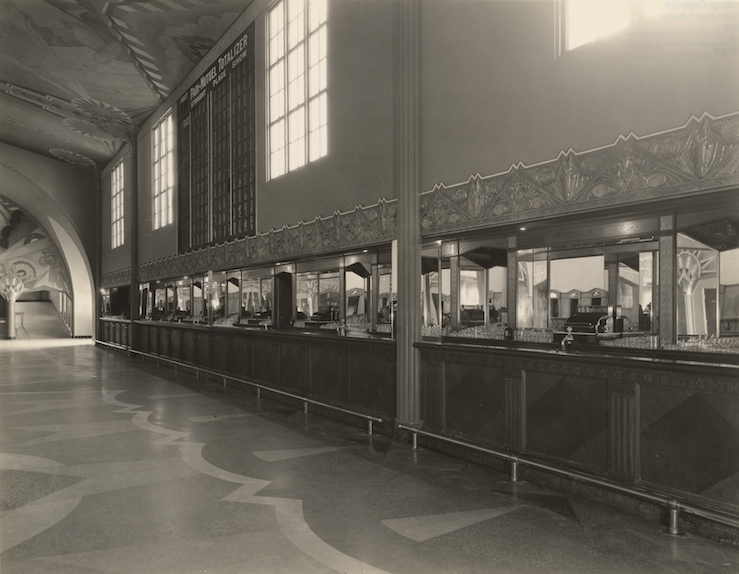 The first season was an overwhelming success. Weekend numbers at the racecourse regularly reached 125,000 during the first year of operation. Alongside more ordinary fans, celebrities were a steady feature.

By the time the second season began again on Thanksgiving in 1930, however, the Depression had taken hold and the crowds of the previous year did not materialise. By mid-December, the racetrack had lost $100,000 (equivalent to at least $1 million today).

After being dealt another blow by the Mexican government in the form of increased taxes, Crofton suspended operations. Six hundred people suddenly lost their jobs, two days before Christmas.

Crofton managed to negotiate tax relief from the government, and Long donated $100,000, which Bowman later repaid. The racecourse reopened on New Year’s Day and stumbled along until the end of the season.

Desperate to avoid such disaster again, the Barons regrouped. They already understood the effectiveness of publicity stunts, having regularly drafted in Hollywood stars, such as Clark Gable and Ruby Keeler, to crown race winners and appear on marketing materials. This time, if a single act was going to save the racecourse, it needed to be special. In a bid to build interest and boost revenue, Crofton booked a headline act to close the season.

On March 20, 1932, the great Australian Phar Lap was one of the last out of the starting gate. Cut off, he dropped to the back of the field as they passed the stand. His jockey, Billy Elliott, manoeuvred him to the outside so he could get a clear run. Committed to moving up, by the back stretch, Phar Lap was in the lead. The 5-year old gelding had won 22 of the 25 races he’d run, and his winning streak was not over yet. Never relinquishing his hard-fought lead, Phar Lap won the Agua Caliente Handicap by almost three lengths – setting a track record. The crowd were euphoric. As the resort celebrated that evening, Al Jolson’s voice rang out to the melody of It’s a long way to Tipperary: 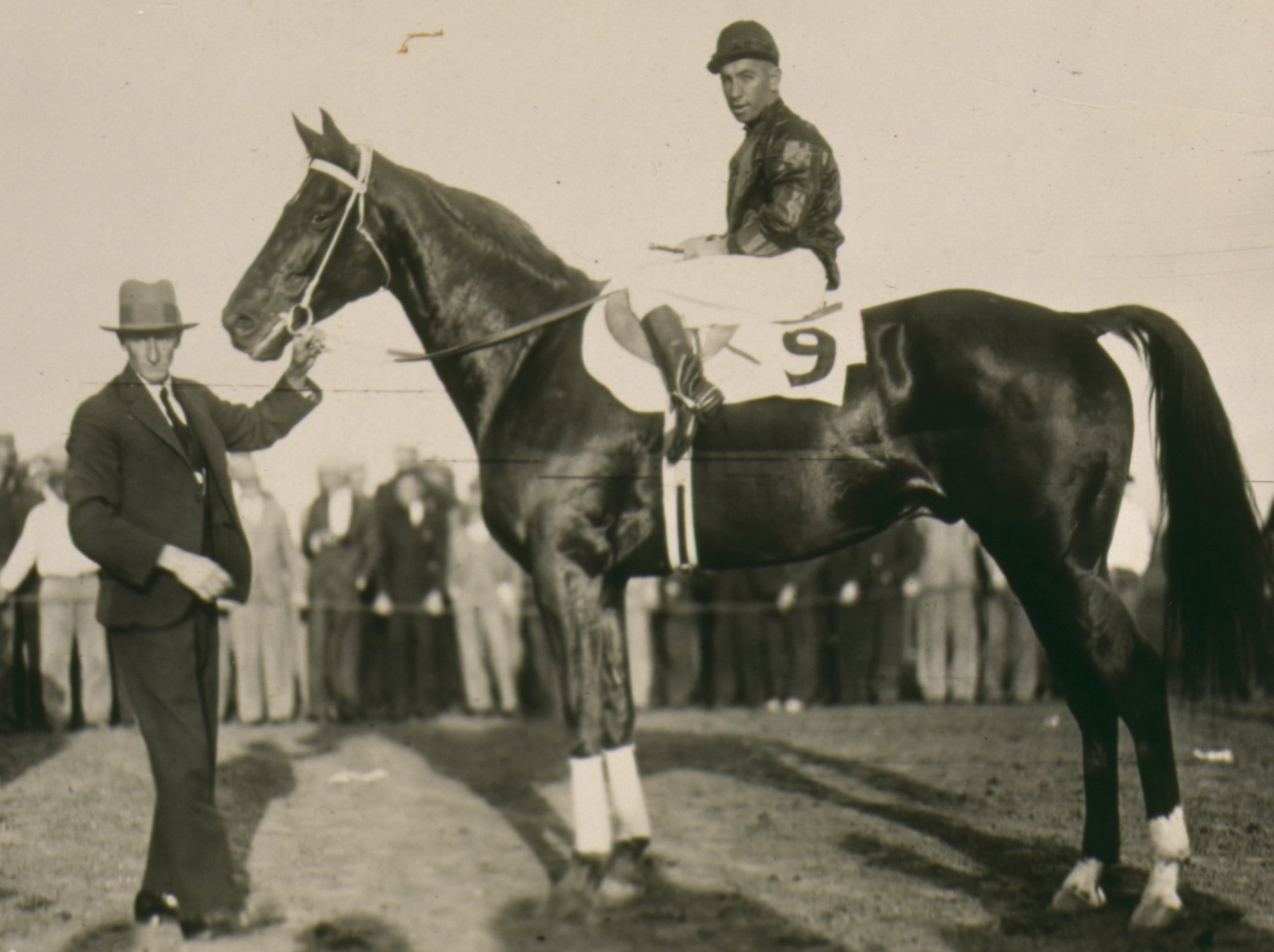 This would be Phar Lap’s final hurrah. Within weeks, he was dead – an allegory for Agua Caliente’s fate. While the 1931-32 season was moderately successful, it could not change the racecourse’s declining fortunes. The books showed a profit, but it was not enough to pay off the vast debt accumulated in the previous years. Then, after a horrific plane crash in July that year, Crofton left.

The situation went from bad to worse. In April 1933, California rescinded its anti-liquor law (nine months before the rest of the U.S.). Sixty of the 100 saloons in Tijuana had closed by June. Then, in July, the Californian electorate went to the polls and voted on a constitutional amendment that would legalise horseracing and racetrack betting in the state. It passed with 62.7 percent of the vote. In their time of need, Agua Caliente had offered sanctuary to exiled drinking and racing. Now, as much fun as it had been, it was time to return home.

Politics was also conspiring in Mexico. The country had seen four presidents during Agua Caliente’s short life – one of whom had been ‘Border Baron’ Abelardo Rodríguez. However, the rise of Rodríguez’s successor would have huge ramifications for the resort.

In his inaugural address on December 1, 1934, the new President, Lázaro Cárdenas, promised radical reforms to target vice. Within a month, Cárdenas had banned casinos across the country – with the exception of Baja California Norte. Agua Caliente had escaped the initial cleanse, but, seven months later, the ruling was extended.

Although corruption had compromised profits, the casino had been propping up the rest of the resort since its opening. Without its gaming revenue, Agua Caliente could not survive. The Barons emptied the vaults and employees took home the food from the stores. The casino, hotel and golf club closed their doors. Racing was suspended and 600 horses were prepared for shipment.

Agua Caliente racecourse was to give a final encore, however. On March 27, 1938, 5-year-old Seabiscuit took an early lead to secure a two-length win in the Agua Caliente Handicap. An impressive crowd of 20,000 spectators turned up to see the victory.

But it was missing the Hollywood superstars and the grand prize money, which had dwindled to $10,000. The Barons were gone, and the racecourse was faltering. Despite the valiant effort, it wasn’t sustainable. The racecourse had lost its lustre and, soon after, the curtain fell. Agua Caliente’s golden moment was truly over.