Over the next few Saturdays, the pecking order of Kentucky Derby contenders will present itself in technicolor as all the significant, final prep races will be contested across the country, each the centerpiece of its track’s winter/spring meeting. The Florida, Santa Anita, Arkansas, and Louisiana Derbies, as well as the Wood Memorial, and Blue Grass Stakes represent the final stepping stones for all Derby hopefuls. Together with the UAE Derby in Dubai, they comprise the final leg of the Championship Series of the “Road to the Kentucky Derby” qualifying system.

In the series, each of these preps is worth the greatest number of qualifying points (100 to the winner), and historically they have produced virtually every male winner of the Kentucky Derby, Preakness, and Belmont Stakes in the last half century. A prediction that this year’s Derby winner will come out of one of these races is not really a prediction at all. Historically, certain preps have been more successful than others, though that balance has shifted in the 21st century.

Since the establishment of the American Graded Stakes system in 1973, the Florida Derby has been the single most influential Triple Crown prep, producing 30 Classic winners in the last 42 years, including 13 Kentucky Derby winners. Of those 13, 8 were victorious in the Gulfstream prep race. The list of past winners -- Northern Dancer, Nashua, Spectacular Bid, among others -- could fill an entire wing of the National Racing Museum and Hall of Fame. Since the Eisenhower administration, the Florida Derby has been the defining Derby prep race, and that is still the case today.

The Wood Memorial has produced 21 Classic winners over the same span, with 10 victorious in the Kentucky Derby. Its history is unmatched: 6 of the 11 horses to complete the Triple Crown prepped in the Wood. However, since 2005, when the Florida Derby was moved from mid-March to the end of the month (virtually eliminating the possibility of a horse running in both races), there has been but one Classic winner to prep in the Wood, and that was Jazil, who won the Belmont in 2006 against a weak field. In that 10-year span, no horse that ran in the Wood has even placed in the top 3 of the Derby. In fairness to the Wood, Eskenderaya (the 2010 winner) might have been the biggest Derby favorite in this century had he not been injured before the Run for the Roses. Such is life.

Keeneland’s comparably celebrated Blue Grass Stakes has been similarly affected since the Florida Derby pushed back by a fortnight. In this century, only Palace Malice and Street Sense have emerged from the prestigious Keeneland stakes to win the 2013 Belmont and 2007 Derby respectively. Most have attributed to the Blue Grass’ dry spell in recent years to the switch to a synthetic surface in 2007, but given the similar fall of the Wood Memorial, it’s fair to associate its lack of Triple Crown results more with the Florida Derby move, especially given that more than half of the 17 Classic winners produced by the Blue Grass from 1973-2005 had previously run in the Gulfstream prep. Fountain of Youth - Florida Derby - Blue Grass was a typical path to Louisville.

Operating on its own plane, with warmth and sunshine to keep its Derby prospects from fleeing, the Santa Anita Derby has been nearly as consistent as the Florida Derby in creating Triple Crown podium finishes. Twenty seven Classic winners prepped in the Santa Anita Derby, including 10 who won the Kentucky Derby. Interestingly, Santa Anita has given us the highest number of two-thirds Triple Crown winners since Affirmed (who also prepped in SoCal) last swept all three races in 1978; this is most likely coincidence, though all of those almost-Crowns included a Preakness win, and there’s something not entirely coincidental about the success of California-based horses in the Preakness over the tight-bended, speed-favoring Pimlico surface. At the same time, it should be noted that the California horses who do so well in the Derby and especially the Preakness, haven’t fared nearly as well in the Belmont, with only five winners since 1973 (that list includes Hall of Famers Point Given, A.P. Indy, and the aforementioned Affirmed); Big Sandy can be a tough adjustment for those horses used to the lightning-fast dirt surface at Santa Anita, which at times can be confused for the nearby 210 Freeway.

The Arkansas Derby is the party crasher, out in Hot Springs, without the decorated history of the New York, California, Kentucky, and Florida tracks. Though the race is 80 years old, it did not springboard an American Classic winner until Elocutionist won the 1976 Preakness. However, over the last 17 years, this uninvited guest has been the life of the party. No prep race has produced more top-three finishers in the Triple Crown races over that stretch than the main attraction of Oaklawn’s terrific annual meet. Eight Classic winners in the last decade have made the trip to Hot Springs, though only three won the Derby. Anecdotally, the Arkansas Derby runners who have won Triple Crown races over that span have been as talented a group as any other prep race can boast. 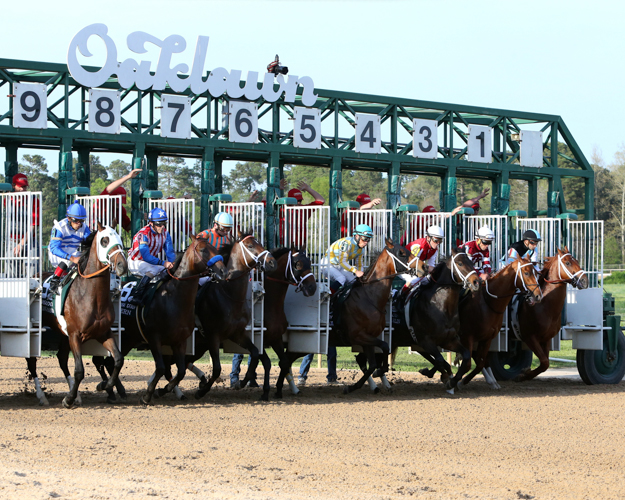 Being that we’re right in the middle of NCAA March Madness, if you took a “starting five” of horses that each prep race has produced in this century, which group would win? I’d take the Arkansas five -- Curlin, Smarty Jones, Afleet Alex, Summer Bird, Bayern -- every time. (Judging from the hypothetical quintet the Blue Grass would put out there -- Palace Malice, Street Sense, A.P. Valentine, Bluegrass Cat, More Than Ready -- this might be the only instance of anyone beating Kentucky this March.)

The other significant prep circuit is at Fair Grounds, and it culminates in this weekend’s Louisiana Derby. Historically, this has been the least productive path to Louisville, with only eight Classic winners and two Derby champs emerging from the bayou. Nevertheless, with a $1 million purse and what is probably the weakest field of any of the Derby preps on a year-in, year-out basis, it seems to be worth shipping down. It’s unclear, given the way the Road to the Kentucky Derby format seems designed to more equitably divide the talent pool, that more trainers haven’t sent their top horses to New Orleans for the Derby campaign, especially given the track’s similarities to Churchill (Fair Grounds has the second-longest homestretch in America, behind Los Alamitos.)

The recent trend towards the Arkansas Derby and away from the Wood and Blue Grass is not a fluke; nor is the continued dominance of the Santa Anita Derby and Florida Derby. Without a feeder meet in the colder months, the centerpiece of Keeneland’s boutique Spring meet has a natural disadvantage against the tracks in warmer locales that can act as their own feeder system. For years, Gulfstream was that feeder meet. This year’s probable Blue Grass favorite will be Carpe Diem, who won the Tampa Bay Derby last out. With the track’s quietly growing national profile (and handle!), the Tampa Bay Derby is becoming an increasingly viable secondary prep and stepping stone to the Blue Grass. Returning to a dirt surface on the main track and moving the Blue Grass back a week in April to put it a full four weeks before the Derby could help Keeneland reverse the trend in Louisville.

Like the Blue Grass, the Wood does not draw the same fields it once did. On March 20, the first day of Spring, it snowed here in New York - one final (we hope) insult in a cruel winter that saw Aqueduct cancel racing 16 times. It only makes sense that the Arkansas Derby would produce better horses than the Wood when you consider that one track is located in a place called Hot Springs, while another is a short drive from Cold Spring Harbor. The New York Racing Association’s method for bucking the trend was to move the Jerome and Withers Stakes to January and February (replacing the Count Fleet and Whirlaway Stakes) respectively, to sweeten the pot for New Yorkers to stay local in the winter. It is unclear if loading up on 3-year-old stakes races will help bolster Gotham and Wood fields in the long term, but the early returns suggest no real change.

The two current Derby favorites, Dortmund and American Pharoah, are set to run in the Santa Anita and Arkansas Derbies, respectively. Upstart, who would almost surely be the third choice in current Derby odds had he not been DQ’d in the Fountain of Youth, is the likely favorite for the Florida Derby. If these favorites maintain their form in their final preps and one goes on to be triumphant in this year’s Derby (the favorite or 2nd-choice in the betting has won 7 of the last 11) it will be another year of frustration for the Blue Grass and Wood.

The current Road to the Kentucky Derby format dictates that the current sextet of final preps will, for the time being at least, all be valued evenly as far as getting into the race. Given that, the likelihood is that the numbers will ultimately stabilize as the sample size increases; with only 20 spots available, and only so many opportunities to score big “Road” points, chances are that the Wood and Blue Grass will see better fortune in the Derby at some point. Aqueduct and Keeneland certainly hope so, and they should, because at the moment their signature races have fallen behind the competition.