Owner, breeder, race caller, and journalist, Bruce Sherwin, examines the state of the New Zealand bloodstock industry and notes how it has done a fair bit more than just survive in the face of a major challenge from overseas.

The New Zealand-bred horse was once a staple ingredient of feature staying races in Australia, and particularly of Australasia’s greatest race, the Melbourne Cup. However, in this year’s renewal of “The Cup,”, there was not one New Zealand-bred horse in the final field, the first time this has occurred in the post-World War II era.

In 1993, Dermot Weld sent Vintage Crop to contest and win the Melbourne Cup. The previously perceived impossible task of trekking halfway around the globe was suddenly achieved, and from that moment the landscape of Australasia’s greatest race was changed beyond comprehension. This past year, only five of the 24 runners were not sourced from Europe, and for the first time in more than 60 years, there was not a single New Zealand-bred runner.

It wasn’t quite an overnight transformation. Of the 50 Melbourne Cups between 1951 and 2001, New Zealand-bred gallopers won 31. But in the last 10 years, only the 2007 winner Efficient has sported the “NZ” suffix. The Melbourne Cup, through international participation, has become a significantly better race in terms of quality. But the days of the dour, one-paced, staying horse, the type that used to be the NZ speciality, having a legitimate chance in the race is now a distant memory. Recent winners, and place-getters, are proving competitive on the international stage at highest level over much shorter distances. 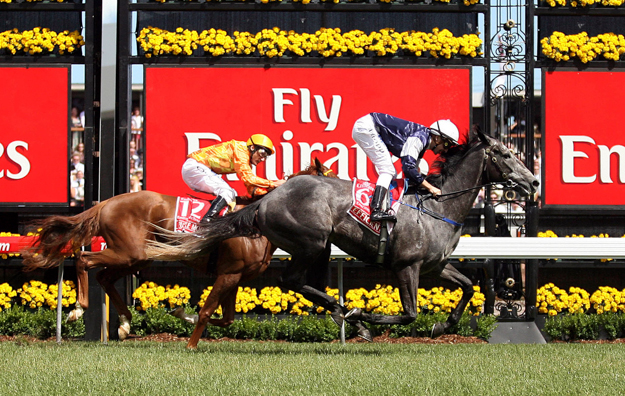 So what are the implications for the New Zealand thoroughbred breeding industry?  Disaster or an indication of the need to adapt? Andrew Birch, CEO of New Zealand Thoroughbred Marketing, summed the thoughts of most within the New Zealand industry very accurately when he stated:

"To look at the Melbourne Cup in isolation as the sole indication of the health of our industry is poorly founded logic. The majority of New Zealand breeders are traders, with 35-40 percent of our foal crop exported annually. Our breeders are acutely aware of market demands, and in recent years the demand has been for sprinter/milers and middle distance gallopers. The pool of prospective yearling purchasers with the patience to develop true stayers is an ever-shrinking group. And there are just too few out-and-out staying races in Australasia for people to base their breeding programme around producing two-milers.”

The current make-up of Group 1 races in Australasia is revealing. There will be 64 Group 1 races held in Australia this coming season, but only two, the Melbourne Cup and Sydney Cup, are run at 3,200 meters (two miles). In recent years, the Adelaide Cup has been downgraded to Group 2, and the Brisbane and Wellington Cups have been reduced to 2,400-meter contests.

New Zealand breeders are well aware of the need to breed to market demands.

“To focus an entire breeding operation on two races would be nothing less than commercial suicide,” said Mark Chittick, principal of Waikato Stud. “Australia is our biggest market, but the growth of the Asian market, and particularly Hong Kong, has been exponential in the last 20 years. They (Asians) now pillage many of our (New Zealand’s) most promising colts and geldings, and they do not want 3200m horses.”

Waikato Stud has just completed another stellar season on the racetrack through the successes of resident stallions O’Reilly, and Pins. Both stallions’ progeny are in great demand, particularly in Hong Kong where Pins’ son Ambitious Dragon was twice Horse of the Year. But Hong Kong’s Group 1 opportunities for 2,400 meter horses consist of just two races a year. 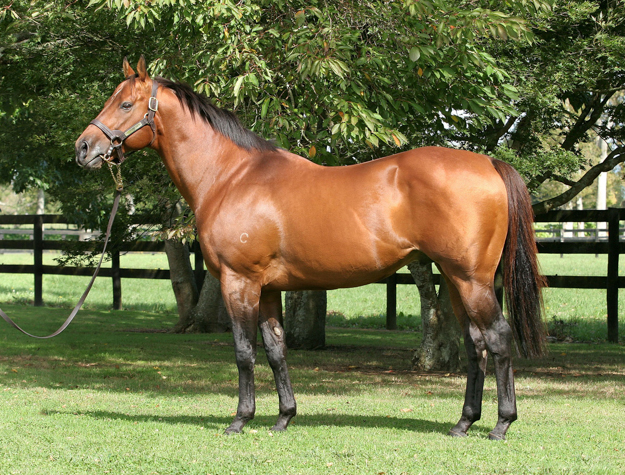 Proponents of the G1 Golden Slipper Stakes and Magic Millions Guineas can easily argue the point in favour of two races defining a breeding programme successfully. But the difference is relatively obvious. One can target a horse for either of the two-year-old features and still have options if the horse doesn’t get there. There are classic races at 3 years, and Group opportunities beyond. And the horse is still marketable to Asia.

But if you invest four to five years in a “Cups horse,” and he isn’t living up to expectations, there are not many “out clauses”. The allure of a quick, massive return will always appeal to potential investors, regardless of the odds. But as a buyer, you simply cannot go to the yearling sales looking for a Melbourne Cup horse. Or at least I can’t.

The best approach is to buy what you perceive to be a high-quality yearling. Then, with right nurture and education, access the horse’s potential, which will certainly include defining the horse’s best distance. One need only look at the vast array of physical types in the parade ring of a Melbourne Cup to appreciate that an attempt at accurately assigning Melbourne Cup traits to a horse as a yearling is just a shot into the abyss.

A yearling sale remains a beauty pageant. A good-looking type will always over-achieve in the ring. And the staying type is hard work. We cannot change the buyer’s preconceptions. Breeding a Melbourne Cup winner is great for the profile of the farm/stud, but breeding any Group 1 winner is a great advertisement for a stud.

The stone-cold reality for breeders in New Zealand is apparent -- and as a breeder/vendor I can speak from experience. If you try selling an angular, narrow, late-maturing staying type at the yearling sales, then nothing more than a marginal profit can be expected at the very best.

So the old era of a New Zealand bloodstock industry, primarily based on the production of stamina-laden horses bred specifically to compete in long-distance races on the other side of the Tasman is effectively over.

But there is no need for New Zealand Breeders to go into mourning as part two of this article should explain. >>>