The moment of truth arrives this weekend for the new Longchamp - or ParisLongchamp as it is now officially known. There have been teething problems and mixed reviews since the €145 million redevelopment opened in April, but all that has taken place amid the relatively small crowds that normally go racing in Paris. On Sunday, the new set-up gets hit by the full blast of Arc Day, when vast crowds swelled by huge numbers from Britain, Ireland and Japan pack the racecourse for the richest and most prestigious turf race in the Northern Hemisphere.

In the first of two articles this week looking at what we can expect from the new ParisLongchamp, Chantilly-based photo-journalist John Gilmore reports on the story since the reopening. On Friday, racecourse development strategy consultant Paul Roberts assesses the changes.

The need to modernise the main Tribune Stand, built in the 1960s, had been clear for some time. French ministers finally gave the go ahead to architect Dominique Perrault at a final cost of €145 million. Since closing in 2015, the old Longchamp buildings have been demolished. In their place is a modern 10,000-seater grandstand. There have also been changes to the paddock and surrounding area.

The modern grandstand is now suitable for non-racing events - corporate conventions, for instance. The new facilities are surrounded by grassed areas for the public, instead of concrete, and the racecourse can still accommodate up to 60,000 people. 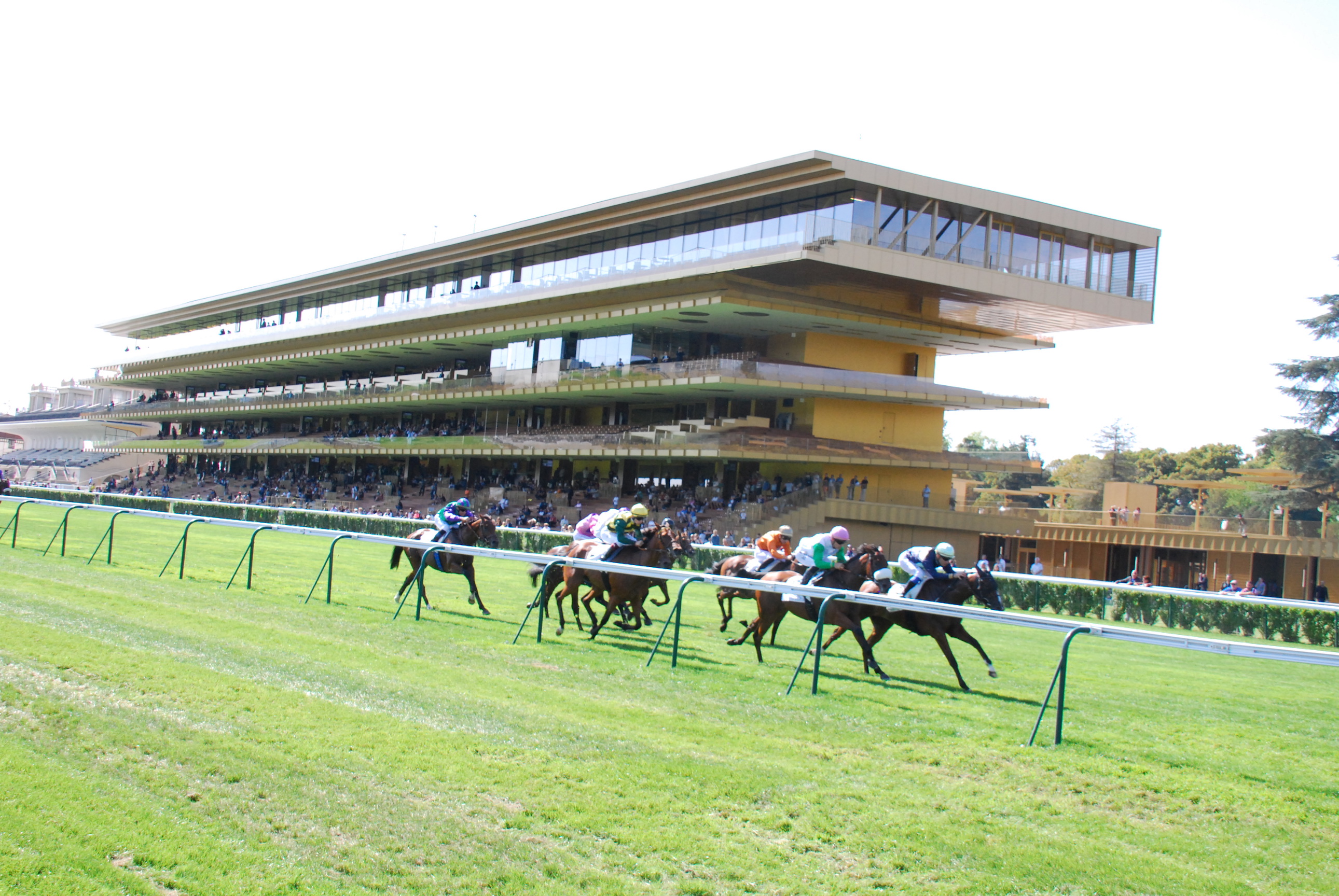 Although it has been officially open since April, the real test comes on Sunday. Will it all function smoothly when the stadium has to deal with a large crowd for the first time?

The revamped racecourse reopened in April after being closed for two years, but eyebrows were raised when it became clear several areas were not finished. The situation became more embarrassing when problems with the racing surface emerged. Some felt the track had not been well maintained during the closure.

To France Galop’s credit, the issues were quickly resolved. Perhaps the course reopened a little too soon. 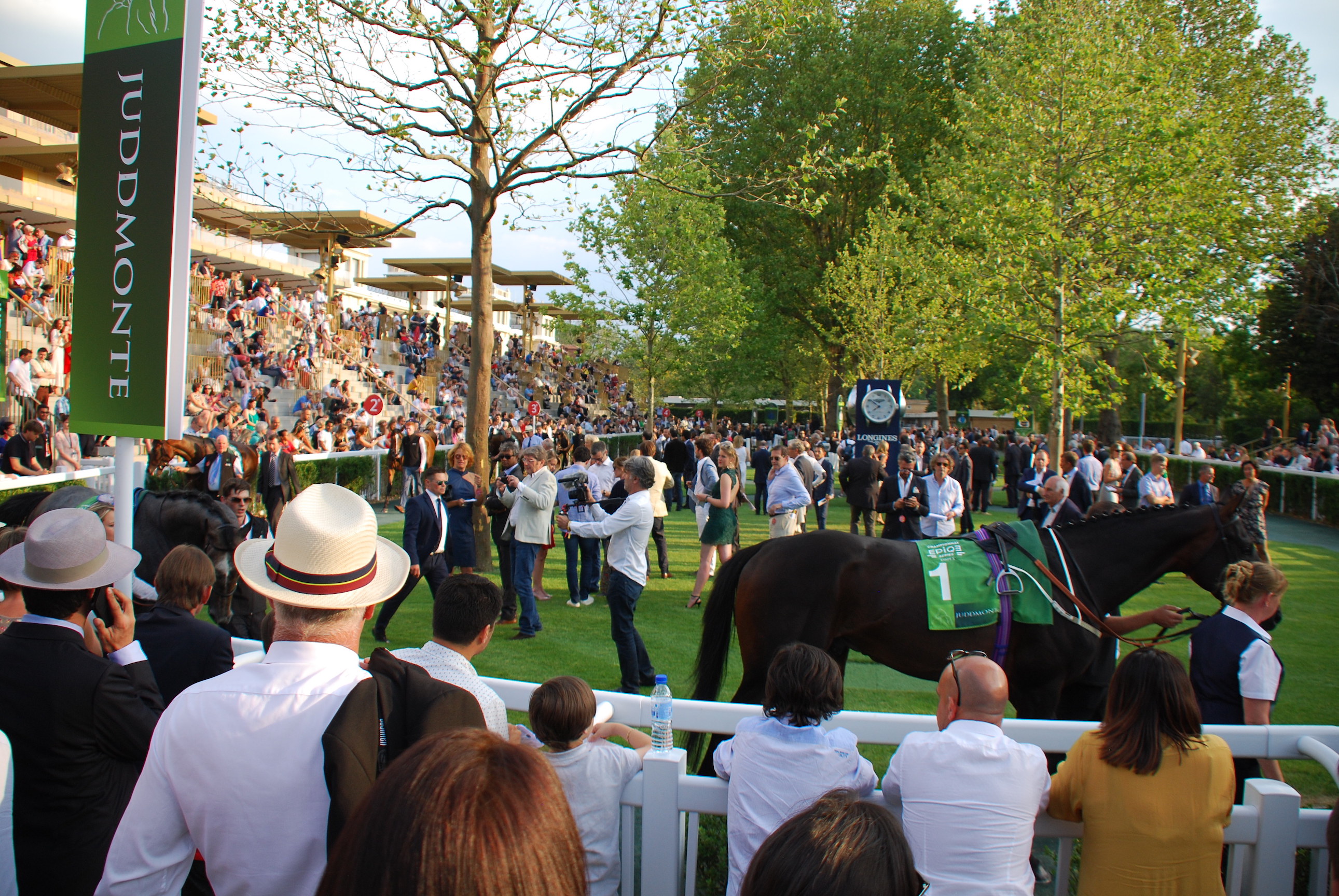 On Arc Trials day last month, I asked racegoers their thoughts on the new set-up.

“From the outside, it looks like an Ibis Hotel, while I dislike the yellow colour,” said one.

“It now takes longer to walk from the paddock area to see the race as you have to go round the stand, or enter and go up one floor,” said another. “Before, it was a lot easier, with a wonderful tunnel area under the stand to pass through and view the finish of the race.”

Some, though, were in favour of the changes. One said, “I like the modern style and the large grass area with its various animations on the other side of the stand, which is good for families with children.”

France Galop have hiked the main entrance fee for Arc day to €85 (nearly treble last year’s price when the race was run at Chantilly). That brings it into line with other major race meetings, like Royal Ascot.

There are six different price structures available, covering different sections of the course. If you book in advance on France Galop’s website, you can save money. The main entrance fee is on offer at €75. Entry on the far side village area is €15.

Arc Day is always a special occasion. A large section of the crowd will have made the annual pilgrimage from Britain and Ireland, with a further few thousand Japanese racing fans expected, including a considerable number of TV crews, even though their hope this year, Clincher, finished a disappointing sixth and last behind Waldgeist in the Prix Foy on Arc Trials day. The Japanese have had a near-obsession with winning the Arc. Their runners have finished second four times (El Condor Pasa, Nakayama Festa and Orfevre twice - in 1999, 2010, 2012 and 2013 respectively).

For foreign racing enthusiasts, the increased entry charge will make no real difference, representing a tiny percentage of their outlay on the visit to France. It might, however, put off some French racegoers, who are not used to paying that kind of price to go racing.

Appealing to the French

The major challenge for France Galop is that modernising the track is not likely to make any real difference to attendance levels on the bread-and-butter race days. At least 50,000 are expected for Arc Day, but an ordinary midweek meeting at Longchamp, or any other Parisian track, would be lucky to pull in a thousand spectators, even when the entry fee is a few euros.

Around Paris, there are six race tracks, featuring flat, jump racing and trotting: ParisLongchamp, Saint-Cloud, Maisons-Laffitte, Auteuil, Enghien and Vincennes. And Chantilly, Fontainebleau and Compiegne are all within striking distance of the city.

From April to November, there is a meeting practically every day at one of these tracks, apart from August, when racing moves en masse to Deauville and Clairfontaine in Normandy. Even in the winter, racing takes place on the all-weather surface at Chantilly and there are regular trotting meetings at Vincennes. 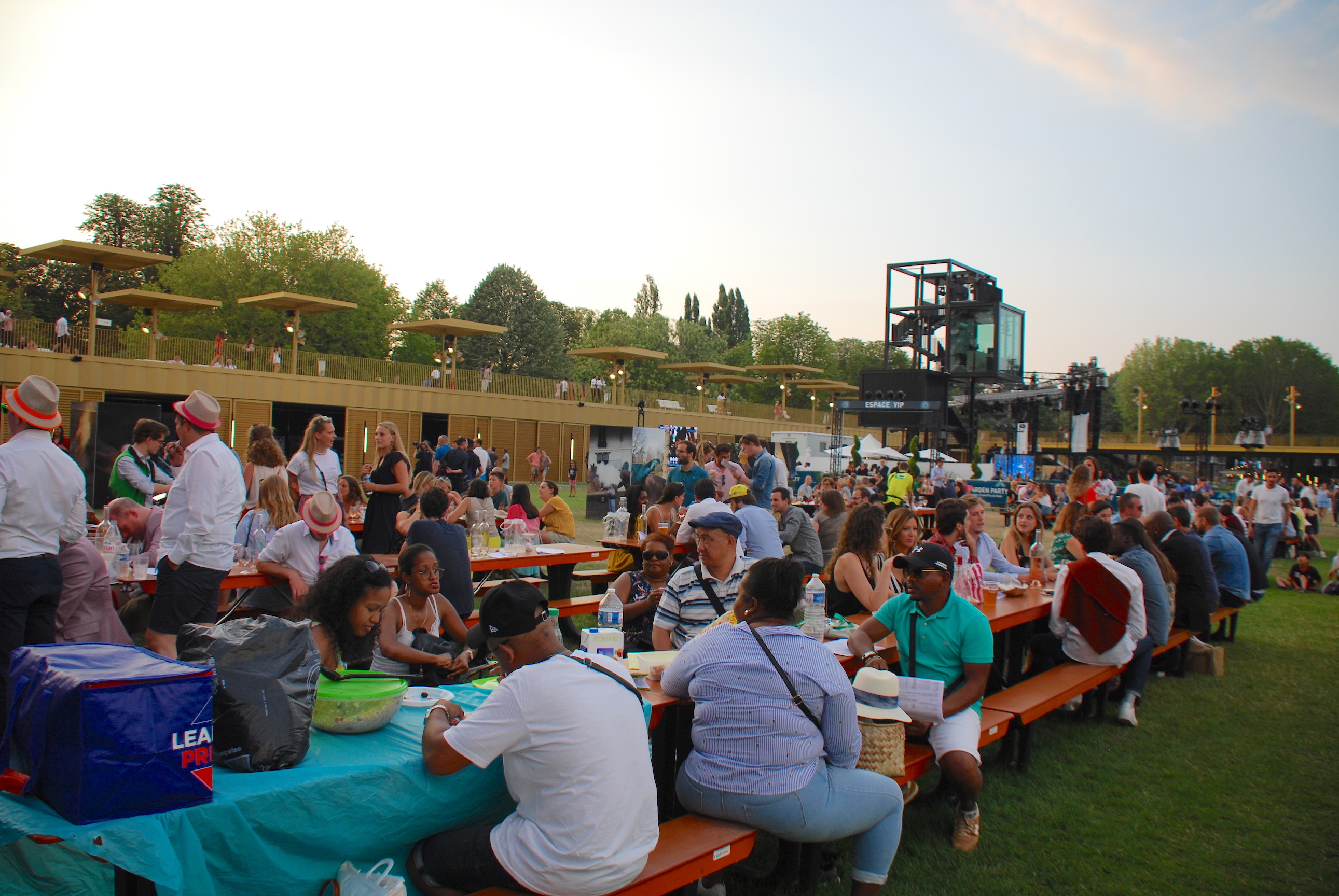 For the French generally, the better-class races have little appeal. It is the daily Tiercé handicap, where you have to pick the first three, four or five for a small unit stake, that attracts the large pools, offering the chance to win €100,000, plus dividend. It’s like a lottery and doesn’t require going to a racetrack … there are off-course PMU bars in Paris on every street.

Another success for France Galop has been the eight Thursday evening meetings in May, June and July at ParisLongchamp, offering after-race music and drinks on the vast grass area next to the stand, which together attracted 28,000 people, a lot more than the normal total attendance for these midweek meetings. This will be continued next year.

Together with animations on offer for children, the evening meetings have been encouraging more family groups and 20-30-year-olds to go racing at ParisLongchamp.

Of course, there are plenty of counter attractions in the great city. Parisians are spoilt for choice, having a wide selection of cultural interests right on their doorsteps, stretching from the Champs Elysees, to the Arc de Triomphe, the Louvre Museum, the Eiffel Tower, the Palace of Versailles, Montmartre and a host of others, including just sitting with friends in a café terrace bar. It’s not for nothing that Paris was once again the most popular tourist destination in the world last year, with 86.2 million visitors.

And ParisLongchamp is not necessarily known mainly for horse racing. Even during meetings, groups of cyclists are regularly seen riding round the exterior road around the racecourse, with plenty of joggers oblivious to the racing taking place.

Tourism is an all-year round activity in Paris, peaking in the summer, and perhaps working with tourist operators to offer trips to major race meetings could generate increased interest. But, logically, a lucrative source of revenue going forward is undoubtedly to use ParisLongchamp for major pop concerts, social events and conferences when racing is not taking place.

On Sunday, however, there will certainly be a great atmosphere at the track, which is a never-to-be-missed trip for around 10,000 British racing fans from local pub and specialist racing groups, like those run by Horseracing Abroad through ITC Sports travel.

Yet, even Horseracing Abroad has had to change its plans for this year, having previously had its own designated area on the course for its clients. I was told only around 350 will be coming over for the weekend trip as opposed to around 1,000 when Treve completed the double in 2014.

The great thing about going to ParisLongchamp for tourists staying in Paris for the weekend is the low cost of getting around. You can buy a carnet (a book of ten metro tickets) for €14.90, or single ticket for just €1.90. To go racing, you need to use just one metro ticket each way to either Porte d’Auteuil or Porte Maillot, where you can catch the free bus service to and from the track. The bus service is available for weekend racing and evening meetings only,

A lot of people believe that, if there was a metro station near ParisLongchamp, more Parisians would go racing. How times have changed: from 1857, when Longchamp opened, until the 1930s, many Parisians used to go to the track by steamboat and vessels along the Seine to nearby Pont du Suresnes, the trip taking around an hour.

The biggest problem for many is getting away from the course after Arc Day, with regular traffic jams in all directions, although crowds of racegoers do stay behind in the restaurants and bars after experiencing one of the best days’ racing in the world.

Hoping for a home winner

Thanks to Qatar Racing’s sponsorship, the jewel in the crown, the Prix de l’Arc de Triomphe, now offers €5 million total prize money, with €2.86 to the winner.

The icing on the cake for France Galop would be if the new stadium could celebrate with a French horse winning the Arc. That looks a tall order, but perhaps statistics may come to the rescue - foreign-trained horses have never won the race more than three times in succession (Golden Horn won in 2015, Found in 2016 and Enable last year).

Unfortunately for the French, the first two in the betting are Newmarket-based, headed by the John Gosden-trained Enable (best price 5/4), who is bidding for a repeat, and Irish Oaks heroine Sea Of Class (5/1). Eight horses in the race’s history have won the race twice, the last being Treve in 2013/2014.

André Fabre trains the leading local hope, the Galileo colt Waldgeist, who is the current third favourite at around 8/1. Owned jointly by Newsells Park Stud and Gestut Ammerland, the 4-year-old won the G2 Prix Foy on Arc Trials day. Fabre certainly knows what it takes to win the Arc. He is the leading trainer, with seven winners, most recently Rail Link in 2006. He has had numerous places since, including Cloth Of Stars, second last time.

When Qatar took over sponsorship of the Arc in 2008, total prize money was instantly doubled to €4 million, and it has steadily increased since to the current €5 million. Overall prize money for the two-day meeting currently stands at €9.715 million, with seven G1s (six on Sunday) and a G1 for Arabians on both days, including the €1 million Qatar Arab World Cup on Sunday.

The race will be broadcast worldwide and viewed by millions, with bets taken in over 40 countries.