The 4-year-old is the latest top-class graduate of Sam and Libby Bleakley’s boutique nursery near Palmerston North in Manawatu on the North Island, whose roll of honour includes former Hong Kong Derby winner Werther and the G1 Hong Kong Mile and G1 Queen’s Silver Jubilee Cup winner Beauty Generation, who raced as Montaigne in Australia.

Ping Hai Star is a son of Nom du Jeu, who won the G1 Australian Derby from the Cambridge, New Zealand, stable of Murray Baker for long-time stable supporter Billie Morton, of Queensland. He is out of the Encosta de Lago mare Vicky, also the dam of the Baker-trained G2 Wellington Guineas winner Neo. 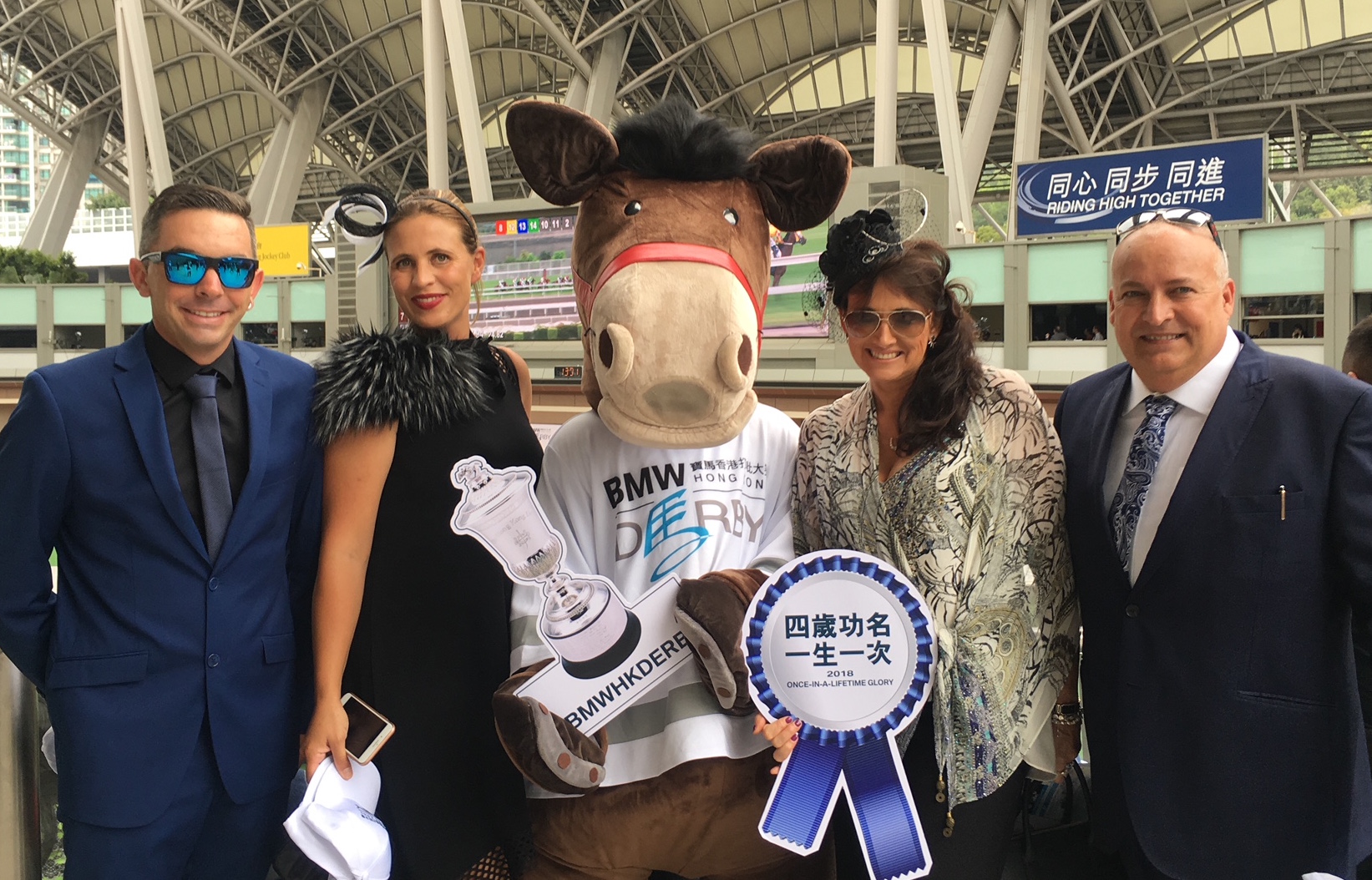 Morton’s son Glenn and wife Lisa bred Ping Hai Star, who was raised at Highden but failed to meet his $40,000 reserve when offered at the 2015 New Zealand Bloodstock Select Yearling Sale and was retained by the Mortons as a racing prospect.

He raced in Australia as Ted and won two of his three starts from the Sunshine Coast stable of Stuart Kendrick before his sale to Hong Kong.

Ping Hai Star is now trained by John Size, the world's eighth-ranked trainer, who sent the horse into the Sha Tin feature off the back of an easy win over 1400m.

“The last time he raced, I saw something that I liked about him as far as a Derby prospect was concerned,” Size said. “He came from the tail of the field, he settled quite nicely, he was very happy to reel off some quick sectionals at the end of the race.

“The only gamble was whether he was fit enough and had the stamina to run 2000m with his inexperience. I backed him up quickly into a trial at Happy Valley and I was very satisfied with all that and then it was just a matter of coming to the races and hoping that the race unfolded and was run to suit him.”

Under world number one jockey Ryan Moore, Ping Hai Star again came from the back of the field for the sixth win of his ten-start career.

“It wasn’t really the plan to be that far back at all,” Moore said. “I just felt I’d ride him with lots of confidence. I believed before the race that he was the one horse that could have more class than anything else in the race and I think that showed.

“He’s just a high quality horse with a very good turn of foot. When you get on him he’s a big, solid, strong horse, very powerful.”