In January, The Australian Stud Book was injected with a new energy in the form of 35-year-old Jacqueline Stewart, who became the eighth keeper of the Book, and the first female to hold the position. Jessica Owers explores the Book’s unique development and rich history.

In 1860 Australia, horse racing was in a state of confusion. A man could run his 3-year-old Thoroughbred on one racecourse, then send it 20 miles down the road to another course where the local rules deemed it a 2-year-old. It was a comedy of sorts, come about because the Australian Jockey Club (AJC) had attempted to bring singularity to the ageing of racehorses. That year, 1860, it had introduced Aug. 1 as the birthday of Australian Thoroughbreds. But a spirit of independence has settled on some regional race clubs, which stuck hard and fast to the English Jockey Club’s January 1 tradition. As a result, it was almost impossible at that time for any Australian to create an accurate record of any season’s racing.

It is a wonder, therefore, that a Stud Book existed in 1860 Australia. In fact, by that time, there were a few.

Tasmania, the tiny island state off the southeast corner of the coast, had published a book in 1836 that is widely accepted as the nation’s first, while Victoria put out its version around 1859. The Stud Book of New South Wales appeared at that time also, until the three books, with multiple volumes, records and errors, proved ineffective as a national record of Thoroughbreds. With this frustration in hand, Melbourne bloodstock agent and sporting newspaperman William C. Yuille set about with creating something uniform.

He combined the records of the three books, publishing in 1878 Volume I of the Australian Stud Book, the first truly national record of Thoroughbreds in the colony.

It possessed a structure similar to the General Stud Book of England. There was an alphabetical index, a section that displayed the stud records of broodmares and their produce, and the details of imported and colonial (Australian-bred) stallions. There were 1,960 mares recorded over 375 pages, along with the catalogued breeding records of notable Australian and New Zealand racehorses of the earliest settlement years. The release of Yuille’s groundbreaking book was announced in the Australasian newspaper on Oct. 12, 1878.

But this is only part of the story.

Australia was an island of imports. Every Thoroughbred recorded in Volume I of the Australian Stud Book had arrived by ship, or descended from a horse that had arrived by ship. It meant that William C. Yuille had relied heavily on recordkeeping in a nation only 90 years old, where horse theft was common, paperwork unreliable, and settlers had more on their minds than supplying mare returns. It had also occurred that horses had swum to land, void of any identity, after their ships had broken up close to shore.

This reliance on shaky recordkeeping was nothing new.

In May 1842, 36 years before Yuille’s first book, the AJC had placed an advertisement in the Australasian, calling for “importers and possessors of Thoroughbred stock to furnish them with the following particulars of each animal,” and a list had followed requiring name, colour, sex, sire, dam, name of breeder, name of ship imported upon, which year, and so on. Yuille admitted in the preface of his first volume the great difficulties he had had acquiring information from breeders, which is not unbelievable in 1878 Australia. 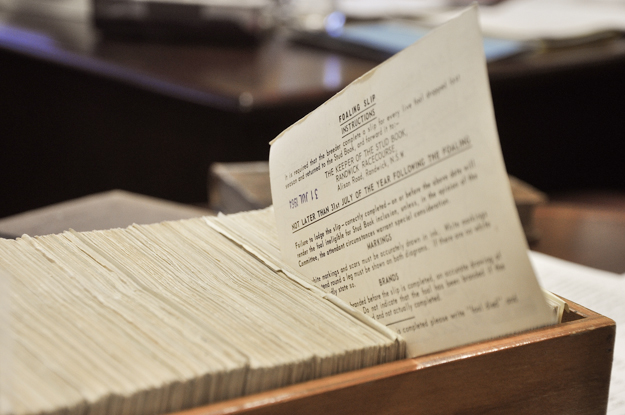 With a singular book in circulation, Thoroughbred records became more uniform. However, one thing became very obvious to readers – the repetition of horse names, or, as the Australasian observed in 1893, by then flipping through Volume V, “a complete want of originality in regard to nomenclature.” As many as half a dozen mares were often known by the same name, and in other instances, imported mares had adopted the names of well-known English counterparts. Wrote The Australasian, “this will give rise to a great deal of confusion,” which it did. Almost 55 years later, the champion Australian miler Shannon was involved in a spectacular pedigree scandal over the duplicate naming of an 1823 ancestor called Spaewife.

With Australia as young as it was at the time of the first Australian Stud Book, certain beautiful facts were easily recorded.

The first English Thoroughbred stallion imported into Australia was Rockingham, landed in 1799 when the country was only 11 years old. A handful of years later, he was joined by the first American stallion to be imported, Washington, and also Northumberland, who arrived on the HMS Buffalo on Oct. 16, 1802. Northumberland’s story is a good one, for he was brought in privately at a time when almost all stock was being imported under government ownership. He stood for a covering fee of £10 (USD$17), a sizeable figure for those times, and this is recorded as the first commercial stud fee in Australia.

Until about 1820, Thoroughbred breeding in the colony was a scratchy affair as imported horses of all breeds mixed mating duties with farm and saddle work. For this reason, in addition to the aforementioned horse stealing and inaccurate recordkeeping, it would be fair to say that many of the horses in the earliest volumes of the Australian Stud Book shouldn’t have been there. In fact, the first horse in Australia whose pedigree can be fully authenticated as Thoroughbred was the 1814 import Wellington.

But about that time, things got cleaner for bloodhorse breeding. The 1820s to the 1860s saw the establishment of the best old Australian lines, namely through the grand colonial-bred Sir Hercules (1843). Probably the most successful sire of his era, Sir Hercules sired The Barb and Yattendon, who sired Chester, Dagworth, and Grand Flaneur. Chester sired the brilliant Abercorn, and on it went.

The Australian Stud Book went from strength to strength, with William C. Yuille, or his son, overseeing the first nine volumes. In 1900, New Zealand mares were dropped from the book (owing to New Zealand releasing their own book), and in 1910, the AJC and Victorian Racing Club (VRC) jointly purchased the copyright of the Australian Stud Book from the Yuille family. Volume X, put out in 1912, was the first book jointly published by the two clubs.

This ushered in an era of purification. Not only in Australia, there had grown an obsession with the purity of the Thoroughbred, helped along by England’s so-called Jersey Act, which decreed for a Thoroughbred to be registered with the British General Stud Book, it had to have its ancestors also be registered (weeding out the American-bred horses). In 1914, therefore, for the publication of Volume XI, the Australian Stud Book omitted many “short” pedigrees (those that didn’t trace back to the General Stud Book) that had made it into previous editions. Performance, it seemed, would not replace pedigree any longer. Though the logic was sound, it began the disappearance of many of the fabulous old colonial lines that had stamped the earliest Australian breed. Relegated to an appendix at the back of the books, even this was discontinued in 1946.

By then, the breeding industry in Australia had caught up to the rest of the world. The now former colony had even begun sending horses back to the Old Country, with turf legends Carbine and Trenton exported from Australia to English stud duties. And with the opening of the Hunter Valley to mass commercial breeding, the Australian Stud Book began to deal with larger and larger foal numbers, punctuated by certain incredible stallions. From sires such as Maltster and Lochiel in the earliest days to Valais and Heroic in the mid-1900s, there came Star Kingdom (1950s-60s), Sir Tristram (1980s), and the peerless Danehill in the last decade.

The Australian Stud Book of today was, until very recently, still jointly published by the Australian Turf Club (ATC, formerly the AJC) and VRC. But in August this year, after more than a year of haggling, the Australian Racing Board purchased it outright for AU$18 million, and will continue to publish it as an industry-operated entity. It is the second-largest Thoroughbred Stud Book in the world, after only the American version. It is also one of the nine members of the International Stud Book Committee, which meets annually, usually in Newmarket, like a G8 summit of sorts. A long way from William C. Yuille’s day, the current Book is almost 100 percent computerized, with a very small cluster of breeders electing to fill out paper returns. It logs both the DNA and covering activities of 55,000 active records, along with the histories of 750,000 Australian-bred thoroughbreds and another 200,000 foreign horses.

At its offices at Randwick Racecourse, the Australian Stud Book ticks along like any workplace, quiet and casual, the sound of keyboards and the smell of old books in glass cupboards. But in January, it was injected with a new energy in the form of 35-year-old Jacqueline Stewart, who became the eighth keeper of the Australian Stud Book, picking up from retiring Michael Ford. Stewart is the first-ever female keeper among the nine members of the International Stud Book Committee, and it’s a red-sash achievement. But she doesn’t wish to be celebrated in the role for being a woman. She’d rather just be excellent at her job. 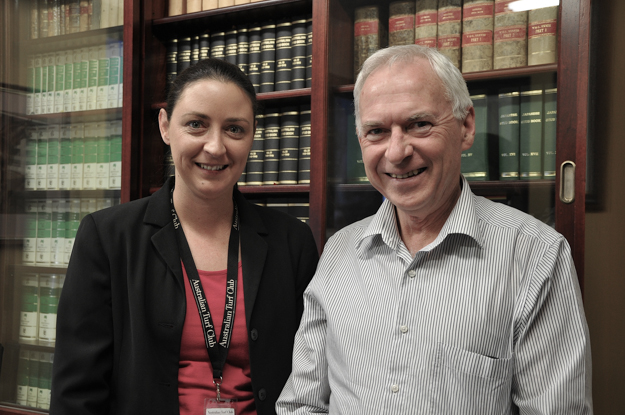 Stewart’s Stud Book is dominated by the Nearco influence these days, through Nasrullah, Nearctic, and Royal Charger, and onwards through them to Northern Dancer, Danehill, and More Than Ready. In a way, the wide influence spread by a narrow set of stallions is not unlike what Yuille was dealing with in 1878, though he was referencing Eclipse down to names such as Whalebone, Touchstone, and Musket.

And that is the interesting part of the Australian Stud Book. At any point, Jacqueline Stewart will run into these old horses again and again, for Thoroughbred breeding, though its numbers be great, is still a game founded on the coat tails of a very few select horses.