As chief executive of Britain’s Racehorse Owners’ Association for 13 years and editor and then chief executive of the Racing Post for a decade before that, Michael Harris has long been one of the most influential figures in British racing. Since his retirement from the ROA in 2013, he has been closely involved in the industry, first as the founder and publisher of the monthly magazine Thoroughbred Owner Breeder and then as the proprietor of the UK website Race Horse Trader.

Spot which of his five answers in our What They’re Thinking Q&A below is particularly fitting in Investec Derby week. 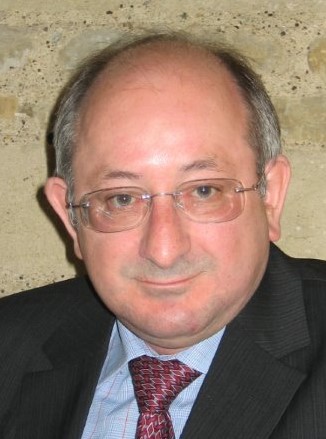 My choice is unashamedly biased and will probably be considered bizarre, but it is Lester Piggott. Lester’s career reached its peak at roughly the same time as betting shops were legalised in the UK in the early 60s. This provided horse racing with a natural promotional springboard, though people never talked in those terms at the time. In betting shops up and down the country, the name of Lester Piggott was on everybody’s lips. Day in day out the headlines of the racing pages were dominated by the exploits of Lester*. People loved him because they so often backed winners that he rode.

He was an extraordinary jockey who came along at just the right time. He had a mesmerizing effect on the UK’s general public, fuelled by his laconic, taciturn personality. Had Lester not been around at that time, I honestly believe racing would never have reached the level of public consciousness that was to provide a bedrock for the sport for the next 50 years.

*Piggott is associated particularly with the Epsom Derby, which he won no less than nine times (a record) between 1954 (at the age of 18) and 1983.

WATCH PIGGOTT'S NINTH AND LAST DERBY WIN ON TEENOSO IN 1983

Not for nothing is it called ‘glorious’. Yes, on a beautiful summer’s day, I don’t believe there is a better place in the world than Goodwood. The spectacular rolling Sussex downs provide a wonderful backdrop to high-quality racing. It’s also been a place where I’ve backed quite a few winners over the years – always a factor that colours the memory!

For my favourite race, I had to tear myself away from the Grand National to choose the Prix de l’Arc de Triomphe. My love for the National and National day remains undiminished after more than 60 years, but I can’t give it my ultimate accolade because it represents a great irony in racing – it is the best known race in the UK, possibly the world, but it is simply not representative of proper horseracing.

The Arc is my choice because it remains the ultimate middle-distance test of the Thoroughbred in Europe. Year after year it almost invariably pulls together the best collection of horses of two or more generations, while the winner is more often than not pronounced the 12-furlong champion of the year.

The Arc also gets my vote because it was won by the imperious Sea-Bird, who I believe put up the greatest performance of any flat horse I have ever seen when he made the best field ever assembled for the race look ordinary (in 1965).

Added to all this is the nostalgia that is wrapped around Arc weekend in Paris, making the first Sunday in October a treasure trove of wonderful memories.

Sorry, there’s nothing original about this one. As a schoolboy I just loved Arkle. People who weren’t alive then or not old enough to appreciate this extraordinary racehorse just can’t imagine how good he was. Over the years, people have suggested various champions of their eras were his equal. Don’t listen to them! Arkle could have carried them and still won!

It’s impossible to name his best performance. but my memory is fixated on a three-mile-plus chase at Sandown in November in 1965 – a race called the Gallagher Gold Cup. Under 12 stone 7 pounds, he was conceding 16 pounds to Mill House (a champion chaser in any other era) and won by over 20 lengths, taking 17 seconds off the course record. It inspired the late, great John Oaksey to write that he seriously doubted he had ever seen the Sandown straight covered in a faster time by any horse, flat or jumps, on any ground with any weight. There have been many champion racehorses over the past 50 years – and then there was Arkle.

The BHA Chief Executive Nick Rust said it all in a speech at the ROA AGM last year. The biggest challenge or threat to racing, certainly in the UK, is how it retains its relevance in this digital age. How does it continue to intrigue and excite a new generation when now even we oldies are the button-pushing people who go onto social media to get our kicks. How does it cope with the fact that half the people in the land think horse racing is actually cruel?

The beauty of the Thoroughbred racehorse will always be an attraction to some, as will a fun day out at the races, but here the audiences are small in relative terms. Industry people never appreciate how narrow this perspective is. The masses will only ever be attracted to racing through betting and through convincing those people who enjoy betting that horseracing is the best betting medium on the planet. And that the more you study it, the more you are likely to win.

I would reverse the European Court’s 2004 judgement on data rights. At that time the UK racing industry was set fair for a new funding mechanism based on a data right. It had received the legal blessing of the intellectual property rights expert Sir Hugh Laddie and was being passed through the European Court with little concern they would throw it out, but that’s exactly what they did.

Had this not happened, the UK racing industry would have had a stable and sustainable means of funding for the future whereby anyone who used British racing data would be charged for it. As it was, racing had to return to the government cap in hand to ask for the Levy to be continued, while the real beneficiaries of this decision were the racecourses who own the rights to the pictures.

Largely through pictures in betting shops, the value of these rights have increased tenfold in the past two decades. Nothing wrong with that except the money is going into the racecourses’ coffers and not British racing in general. It would have been so much better had the whole industry had ownership of its funding mechanism.