When Gun Runner concludes his illustrious racing career on Saturday in Gulfstream Park’s $16 million Pegasus World Cup Invitational  and retires to a stallion career at co-owner Three Chimneys Farm, the horse will have come full circle with Chris Baker. 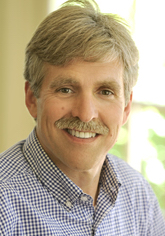 Baker (pictured), Three Chimneys’ chief operating officer, has been involved with Gun Runner longer than anyone, well before the 5-year-old was born, dating back to 2000 with the colt’s female family. Baker was involved with dam Quiet Giant back when that filly was racing, endorsed the mating to Candy Ride that produced Gun Runner, and was involved in the decision for Three Chimneys to retain an interest in the colt when he was slated for auction as a 2-year-old.

Now he’ll be involved when Gun Runner goes to stud and sires offspring that owners Three Chimneys and Winchell Thoroughbreds hope show the same talent as the Breeders’ Cup Classic winner and likely Horse of the Year.

“I’ve been a fan of Gun Runner since the beginning,” Baker said, adding with a laugh, “You can find me to be proportionately biased based on my involvement. But it also makes it very satisfying for me, and I’ve been lucky to remain a part of it. I liked Gun Runner from the beginning. I liked the way he was when he was born. I thought he was an exceptional first foal on size, scope and attitude. I had confidence in Quiet Giant, because she could run. She had Grade 1 ability that didn’t show up on her race record.”

Baker managed Edward P. Evans’ Spring Hill Farm in Virginia when the late owner campaigned the multiple stakes-winner Quiet Giant, a very fast filly who went seven-for-12 but retired with a minor physical condition before running in a Grade 1 stakes. She was a daughter of Quiet Dance, whose son Saint Liam was the 2005 Breeders’ Cup Classic winner and crowned Horse of the Year. A few months later, Quiet Dance was bred to Giant’s Causeway, producing Gun Runner’s mother.

Saint Liam was a baby when Baker went to work for Evans in 2000. In fact, he foaled Quiet Giant.

Benjamin Leon’s Besilu Stables, best known for campaigning three-time champion Royal Delta, bought Quiet Dance for $800,000 and Quiet Giant for $3 million at the Evans estate dispersal in 2011. Baker became part of Besilu’s advisory team, and both Baker and the Besilu breeding stock moved to Kentucky’s WinStar Farm. Baker, then WinStar’s General Manager, was there the night Gun Runner was foaled in 2013.

Three Chimneys’ majority ownership was sold to prominent Brazilian horseman and businessman Goncalo Borges Torrealba and his family that year, with Baker becoming the COO. Three Chimneys bought into Besilu’s bloodstock, including Gun Runner early in his yearling season. Baker said Three Chimneys was “very ambivalent” when the colt, broken at Ocala’s Bridlewood Farm, was poised to sell at auction as a 2-year-old.

But Gun Runner had caught the eye of Winchell Thoroughbreds and its trainer, Steve Asmussen.

“We liked him a lot ourselves,” Baker said. “Steve liked him and the whole Winchell team liked him. Out of that expression of interest, the partnership was made.”

Gun Runner and his uncle, Saint Liam, followed a similar path to championship seasons. Like Gun Runner, Saint Liam won the Clark Handicap (now a Grade 1 but then a Grade 2) in November, then the following June won the G1 Stephen Foster and G1 Woodward before taking the Breeders’ Cup. Saint Liam also was second by a neck in Saratoga’s Whitney, a Grade 1 race Gun Runner won this year.

Gun Runner’s team would love nothing more than for the parallels to continue at Gulfstream Park. The Pegasus, now in its second year, obviously didn’t exist when Saint Liam had his 2005 Horse of the Year campaign. But he started that season with a track-record victory in Gulfstream’s G1 Donn Handicap, the race transformed into the Pegasus.

“Look at Saint Liam, how long did it take him to develop into what he was?” Baker said. “It’s typical of that family to improve with racing.”

Gun Runner, who is ridden by Florent Geroux, comes into the Pegasus with 11 wins out of 18 career starts, his earnings of $8,988,500 ranking 16th all-time in the world using sterling as the international currency.

Three Chimneys, founded more than 40 years ago by Robert and Blythe Clay, certainly has had high-profile stallions before, including Triple Crown winner Seattle Slew and 2004 Kentucky Derby winner Smarty Jones when he started out. But bringing Gun Runner home to stud is a signature event for the Borges Torrealba family.

“It’s huge for us, for the new ownership and management,” Baker said. “The history is certainly there, if we can duplicate that history we’ll be doing great. But this is a less than 5-year-old entity ... It’s a huge momentum-builder for us. Internally, it’s a great sense of pride and great sense of accomplishment and ‘Okay, we’ve reached this bar. Let’s keep going, let’s reset the goals and do more.’ In a game of ‘What have you done for me lately?’ we’ve managed to do a fair bit with this horse lately.”