No international event passes by without a Japanese winner, and last night that was delivered by Full Flat on the night of the inaugural running of the $20 million Saudi Cup, which advertised his Kentucky Derby potential and the hitherto underestimated strength of racing on the Arabian peninsula.

Take indicated Full Flat would now head to Dubai, where victory in the UAE Derby on World Cup night would secure the 100 ranking points that would get them to post at Churchill Downs on Saturday, May 2, a route the jockey followed in an ultimately unsuccessful Triple Crown campaign by Lani in 2016.

Mori trained Agnes World to record Japan’s first G1 winner in Europe in the 2000 July Cup at Newmarket, and Take said, “I knew Full Flat was in very good condition. Last year he went to America and ran very well so I had every confidence. 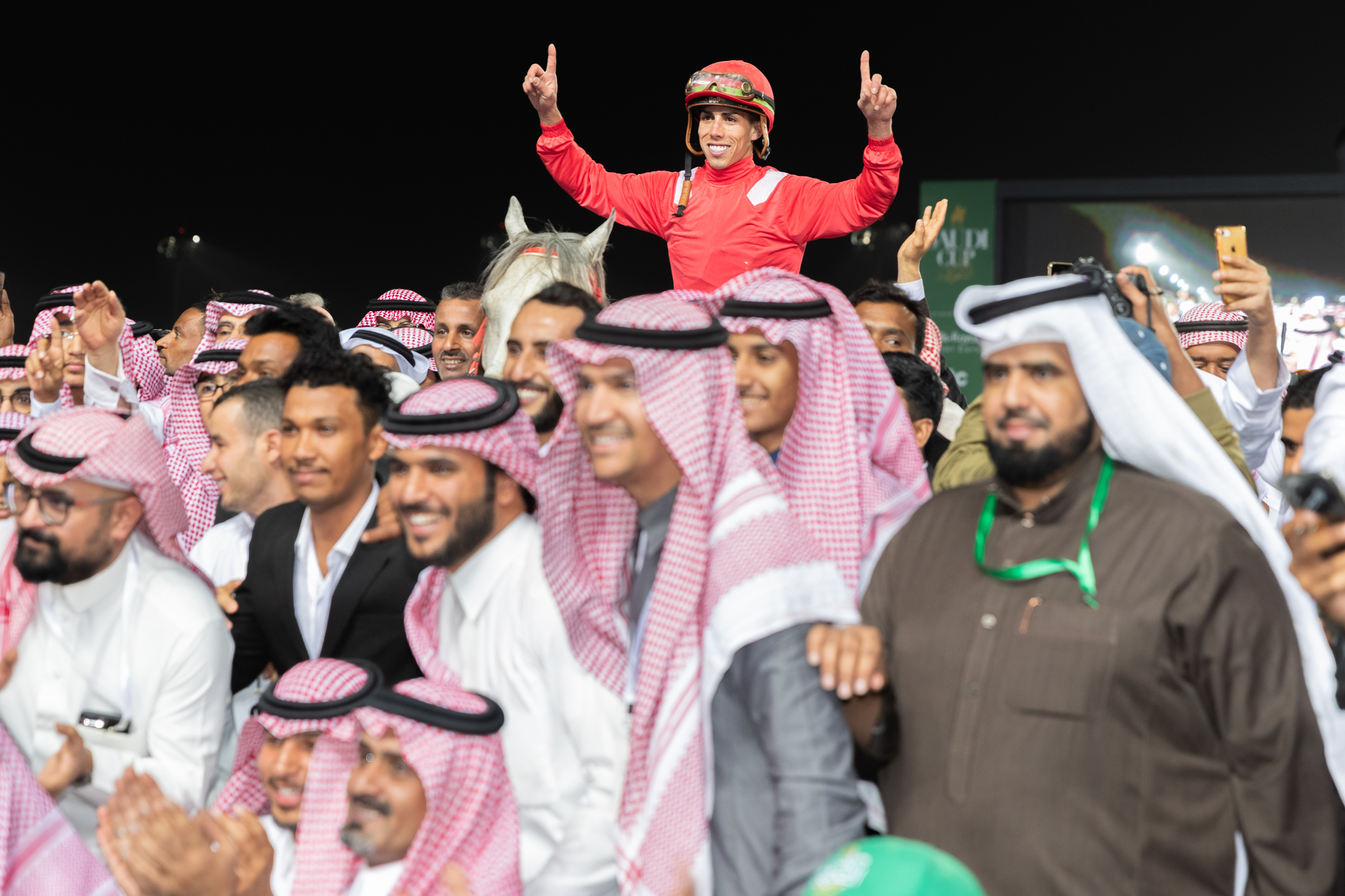 “Of course one of the options will be the Kentucky Derby, and if everything goes well we will plan to do that.”

By building Saudi Arabia’s first turf track and adding three turf and three dirt races worth a combined $9.2m to the undercard of the world’s richest horse race, organisers hoped the foundations were in place for the country to become an important new destination on the international horse racing map.

It was also the first medication-free meeting staged in Saudi Arabia, with no Bute or Lasix allowed, in order to meet International Federation of Horseracing Authority rules.

But until France’s Call The Wind captured the $2.5m Longines Turf Handicap the occasion belonged to Bahrain as Port Lions pipped popular Japanese mare Deirdre in the Mohamed Yousuf Naghi Motors Cup and Dark Power, ridden by Frankie Dettori for the royal family of Bahrain, claimed the stc 1351 Turf Sprint.

Saudi Arabia celebrated too as New York Central, a G3 winner in the U.S. bought specifically for Saudi Cup night for Prince Faisal, got up in the last stride of a dramatic Saudia Cup Sprint to score by a head from Matera Sky, who surrendered a five-length lead in the straight as Mori and Take missed out on a double.

Freddy Head, who trains Call The Wind for George Strawbridge, won more money when Solow landed the 2015 Dubai Turf but never in such a richly endowed handicap as the 1m5f Longines Turf.

Under Olivier Peslier the 6-year-old son of Frankel cut through the field in the straight to run out the night’s most comfortable winner, beating British pair Mekong and the ever-dependable Prince Of Arran, with 2018 Melbourne Cup winner Cross Counter fifth.

Head said, “It showed how good he is to be able to quicken on that ground and I wasn’t sure he would do that. He is six now, but I think he has improved from last year. He was very difficult to train early on.

“He will go to Dubai next Monday and, if all is well, I think he will run there [in the Dubai Gold Cup]. It’s amazing to win a race like that, $1.5 million for a handicap.” 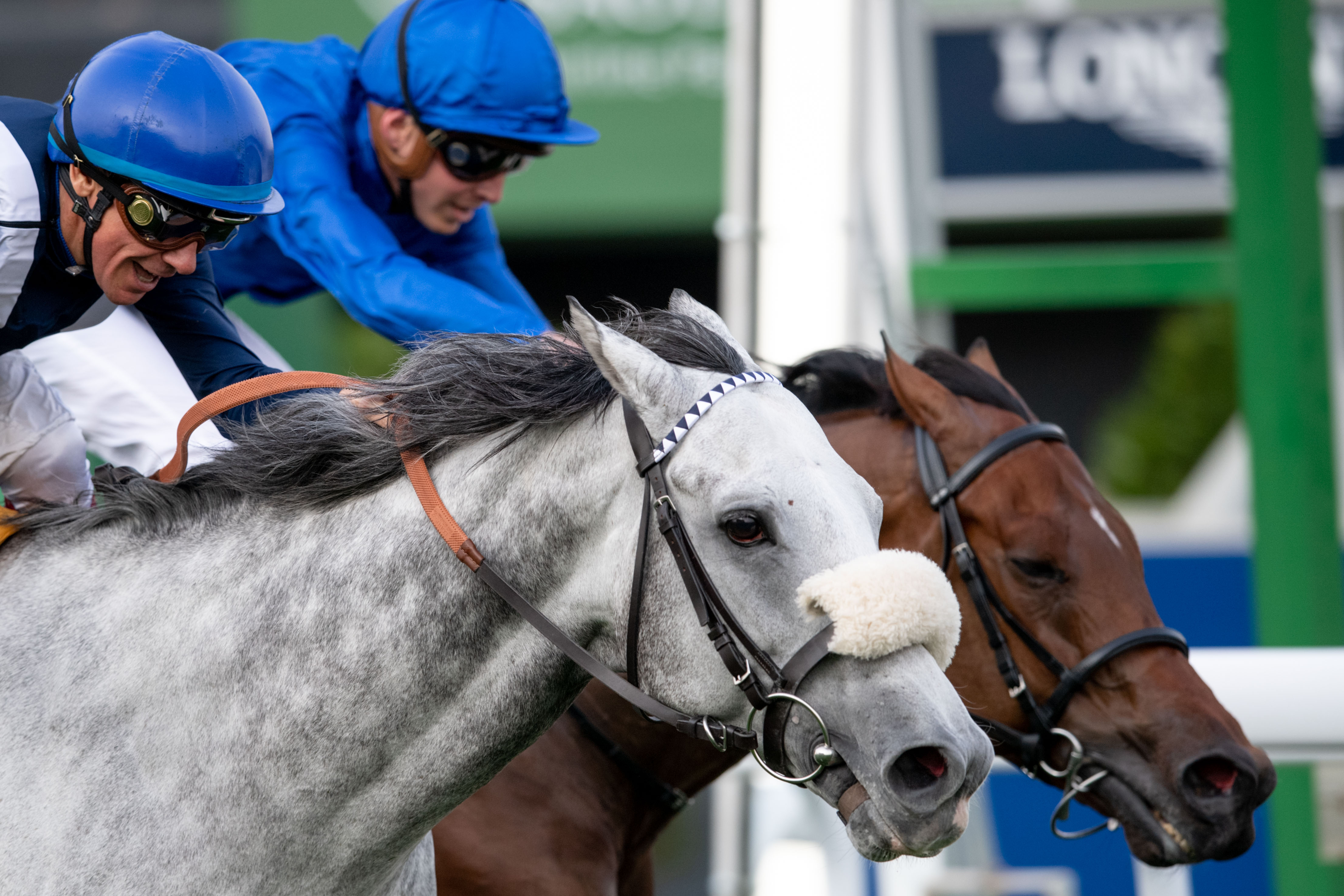 Mekong, who cost Jamie Osborne 425,000gns, could follow the winner to Dubai after winning a chunk of his price back.

“To say that he has won £375,000 for being beaten is quite something,” said the trainer. “He is not a straightforward horse, but we’ve worked hard on him and thankfully we’ve nearly been repaid. I hope we get an invitation to World Cup night and that would be a great consolation.”

Prince Of Arran’s trainer, Charlie Fellowes, said, “He never lets us down. For a minute I thought we were going to get it, but then I saw Call The Wind absolutely cruising. He’s done more than I ever could have imagined.

“He doesn’t run very often at home but one track he has run very well at is Ascot. I just wonder if we might have another look at the Gold Cup again. He ran very well in it three years ago and didn’t stay, but he’s older now and a completely different horse.”