She’s been a leading jumps trainer for the best part of two decades, with a Cheltenham Gold Cup, a Queen Mother Champion Chase and an Irish Grand National at the top of the huge list of her major triumphs, and the ten-time Grade 1 winner Moscow Flyer the biggest star in a glittering array of magnificent horses she has trained. Now Ireland’s Jessica Harrington has a new distinction to add to her list of honours: she’s trained a classic winner on the flat.

Alpha Centauri’s length-and-threequarter victory in Sunday’s G1 Tattersalls Irish 1000 Guineas at the Curragh means that Harrington is now the world’s third-highest female flat trainer in the TRC Global Rankings, and the highest in the Northern Hemisphere. The victory meant a seven-point gain week on week, lifting her to #131 from #170. 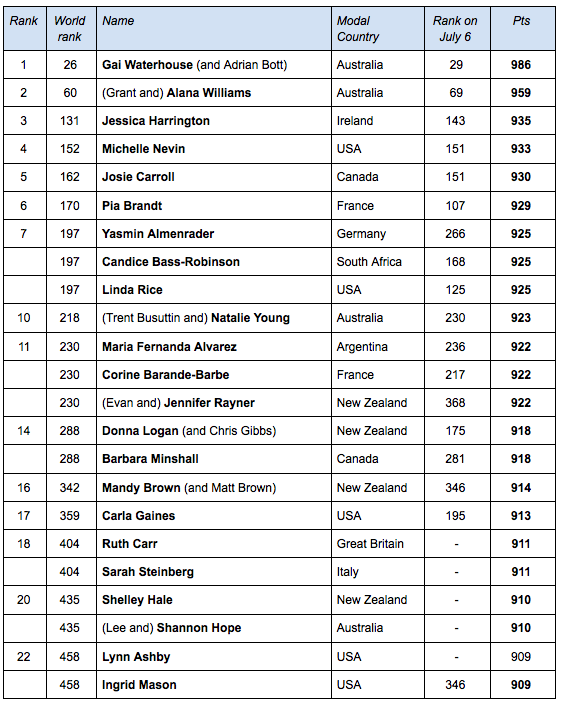 Only trainers currently operational are included. Criquette Head-Maarek (retired) is still ranked 275, and Maria Borell is at 342.

The table lists the 23 active female trainers in the TRC top 500. This represents the same total as the last time we published the list - on July 6, 2017 - although that list contained 25 names. Criquette Head-Maarek has since retired and Maria Borell still has no licence, although both remain in the 500.

Harrington is one of just six European trainers in the 23. She is the only one whose modal country (the country where she has most Group winners) is Ireland. There are also two listed under France (one of whom, Pia Brandt, is Swedish), one Britain, one Germany and one Italy (Sarah Steinberg, who is German).

Seven are from North America (five U.S. and one Canada), eight Oceania (four Australia, four New Zealand), one South Africa and one Argentina.