Veteran racecaller Jason Beem, recently named the announcer for the upcoming Colonial Downs meeting, called the first two months of the 2019 Monmouth Park meet. He has previously been the announcer at River Downs (now known as Belterra Park) and Portland Meadows, and has called races at Emerald Downs and Gulfstream Park West. Beem (pictured below), a popular podcaster for BetAmerica, is also the author of the horse racing novel Southbound. 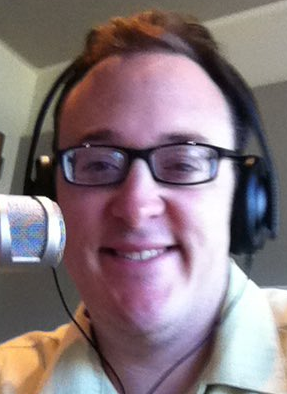 I’ll be the first to admit that my racing history knowledge is far below what it should be, especially in regards to international racing. With that said, I’m going to say the Horseplayer is the most important person in world racing history. I really do believe in a customer-first focus, and horseplayers are our customers.

Which is your favorite venue and race?

I love my hometown tracks. I grew up in Seattle going to Longacres and it was just magical to me. They tore it down in 1992, and in 1996 another group built Emerald Downs. They’re the tracks I go to most. The fans in the Northwest are passionate about their racing, and the horsemen are fantastic. Also, looking at Mount Rainier as the backdrop in the summer is still awe inspiring all these years later.

I’ve been fortunate to have some good ones, but for a personal one I’ll say the 2007 Cradle Stakes at River Downs. It was the last day of our meet and the biggest race of the season, and the previous day I had a pretty large flub in the race call in the Bassinet Stakes, which was the second biggest stakes of the meet. I remember being so nervous before the Cradle and thinking maybe I wasn’t cut out to be an announcer if I was going to choke on the bigger stages. So, as the last horse went in, I muted my mic and out loud, while thinking of my [late] dad, said, ‘Help me get through this one, okay?’ I took a deep breath and the call went well. I remember shutting it off and pumping my fists and just being really happy.

I’m a big believer in racing being a betting game, and when it’s at its best it is a great betting game. But smaller field sizes, dominant trainers, and several other factors have made the betting less intriguing. With sports betting legalized now [in the U.S.], there is another form of betting out there which is legal and charges a much lower price [takeout]. It’s just so hard to compete for the gambling dollar if you’re not offering a good product for bettors to have a chance to win or at least come close to winning. Overcoming 20 percent takeout with small fields seems an almost impossible task to ask of players.

I would lower the takeout across the board and try and spur handle that way, which hopefully would lead to bigger purses and bigger fields. We’ve seen that bigger purses themselves don’t lead to more and better betting consistently. There are many tracks that run for very good purses that generate no interest or handle because the races aren’t good to bet on.

Hopefully, by reducing the price on wagering, it would lead to people playing racing more often because they’d actually have a shot to win.