It’s been pottering along for nine weeks but, save for a handful of largely inconclusive classic trials, the Irish flat season has barely made a mark on the international racing landscape so far. That all changes this weekend.

Irish Guineas Weekend at the Curragh on Saturday and Sunday is when the country’s racing bursts onto centre stage. Featured are three G1s, including two classics and a crucial mile-and-a-quarter gathering of star older horses, some of whom are being primed for Royal Ascot next month, and a probable clash with U.S. Horse of the Year California Chrome.

Among the expected central players this weekend are English 2,000 Guineas hero Gleneagles, bidding to complete a Guineas double, as well as Prix du Jockey Club and Irish Champion Stakes winner The Grey Gatsby, who will line up in that 10-furlong G1, the Tattersalls Gold Cup.

“For us, the Tattersalls Irish Guineas Weekend really kicks off the whole summer season of racing,” said Curragh commercial manager Evan Arkwright. “With the Punchestown [jump racing] Festival finished and attention turning to the flat, it really ups the ante in promoting all our flat meetings.

“The great thing about the Irish Guineas Weekend is that there is no weak day. We have equally strong racing on both days and two of the races have been upgraded to Group 2 this year – the Lanwades Stud Stakes and the Weatherbys Ireland Greenlands Stakes. As well as the Group 1 1,000 and 2,000 Guineas and Tattersalls Gold Cup, we also have the Airlie Stud Gallinule Stakes, a key Dubai Duty Free [Irish] Derby trial, so it’s a very important meeting in the racing calendar.”

The Curragh team work hard to maintain the weekend’s status, as well as that of their other prestigious meetings, and make a big effort to attract the best of the classic generation and the top middle-distance horses. “It fits in very well with the international Pattern,” Arkwright pointed out. “And it helps to attract the very best horses and give it a high profile.”

The Curragh, of course, is an area very much at the heart of the Irish racing and bloodstock industry. Shortly to be redeveloped, the racecourse is the country’s premier track (most of Ireland's biggest flat races are run there). And it stands on a vast grassland that it shares not only with the Irish military, but also a world-renowned training centre.

County Kildare’s 4,870-acre Curragh Plains are among the oldest natural grasslands in Europe and designated a “Special Environment.” The word “Curragh” means “place of the running horse” and it was home to chariot racing as early as the third century, while Cherney’s Racing Calendar recorded the earliest official race there in April 1727. Appropriately, in 1790 it became the location of the founding of the Irish Turf Club, the governing body of Irish horseracing.

Today it is divided into three major sections, Brownlands, the 771 acres used exclusively by the Irish military; Bluelands, 815 acres of military ranges and “danger” areas where firing takes place; and the 3,284-acre Greenlands, 817 acres of which is controlled by the Turf Club and include the Curragh Racecourse.

The rest of Greenlands is state-owned public land that includes the Curragh Training Grounds, which extend over 1,000 acres and are maintained 365 days a year by a skilled team of 15 people, led by manager Pat Kelly. On other parts of Greenlands, all are welcome. You are as likely to see soldiers exercising as racehorses.

More than a quarter of Ireland’s racehorses are trained on the Curragh and, within a 10-mile radius in what is rightly called “The Thoroughbred County,” are the Racing Academy and Center of Education (RACE), the racecourses Punchestown (exclusively jumps) and Naas (mixed), the Irish National Stud, and such stud farms as Gilltown, Castlemartin, and Kildangan, while among the local trainers are John Oxx, Kevin Prendergast, and Dermot Weld.

Multiple classic and G1 winners, both flat and jumps, trained on the Curragh include the 1993 and 2002 Melbourne Cup winners Vintage Crop and Media Puzzle, Sea The Stars, Hardy Eustace, Sinndar, Alamshar, Grey Swallow, Davy Lad, and Ridgewood Pearl, although the training grounds are also well used by trainers further afield, and the successful Cheltenham and Punchestown festivals team of Willie Mullins were given the final touches of their preparation on the plains.

The Curragh Training Grounds are available to hire by any trainer or point-to-point handler in Ireland for just €4 per horse per day.

Dermot Weld has described the facilities as “unquestionably one of the finest training grounds in the world” and trainers may choose from more than 70 miles of well-maintained grass gallops, 12 miles of peat gallops, and eight all-weather tracks. There is even variation in the surfaces of the all-weather tracks, with two made up of a sand and fibre mix, one surfaced with Polytrack, and five woodchip-based.

The gallops vary in length, gradient and surface, one of the most famous being the testing uphill nine-furlong (1,800-metre) Old Vic, a wide woodchip gallop funded by Sheikh Mohammed after Old Vic’s win in the 1989 Irish Derby. An alternative Polytrack also runs alongside it.

To ensure that National Hunt and point-to-point trainers are well catered for, the training grounds, described by the late trainer Dessie Hughes as “the best place in Europe to train National Hunt and flat horses,” have recently added a two-furlong (400-metre) all-weather schooling strip with both Easyfix hurdles and Easyfix fences, complementing the extensive schooling facilities over both fences and hurdles already on offer.

John Oxx also acknowledges the huge advantage of having access to such high-quality facilities, saying: “Curragh trainers are now reaping the benefits of the recent significant investment in the facilities of the Curragh Training Grounds. The commitment to maintain and upkeep the gallops to the highest standards has ensured that trainers based on the Curragh continue to win top races all over the world.”

Not only is the Curragh the centre of Irish racing, its value to the community is immeasurable.

Its impact on employment, as well as being a social hub, can be seen on Newbridge Parishes Race Day at the Curragh Racecourse, when families arrive in droves and the course truly becomes a local amenity.

Similarly, the Irish Derby Festival extends way beyond the racecourse, with community events ongoing throughout the month and even a Best Dressed Shop Front competition to bring the spirit of the race to Kildare’s high streets.

Some 250 schoolchildren visit the racecourse for an education day each year and their resulting essays see many of them on the prizewinners’ podium on race day, when primary school students mix with racing’s primary stars.

“The biggest compliment we were paid was when Aidan O’Brien described the Curragh as having the best track in the world,” Evan Arkwright said.

O’Brien isn’t alone. Former jockey and now Curragh-based trainer Johnny Murtagh said the racecourse was “a very, very fair track. Over all distances the best horse, nine times out of 10, wins. It’s an even, galloping track.” 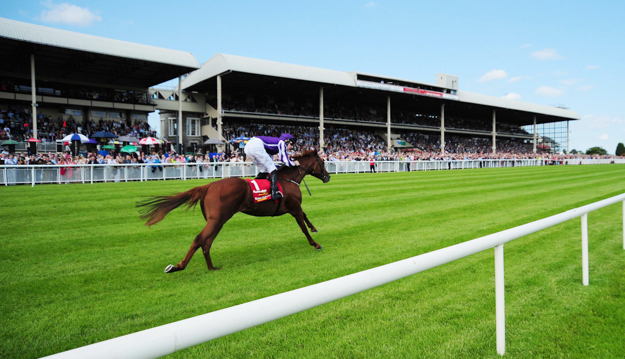 The Curragh is home to all the Irish Classics, and the 150th running of the Irish Derby takes centre stage this year.

“So many people have so many great memories of the Irish Derby and we’re hoping they will share them with us,” Arkwright said. “Hopefully they will come back this year for the race to rekindle past memories. There will be the launch of a commemorative book, produced with significant help from Jacqueline O’Brien [widow of legendary trainer Vincent O’Brien], in early June and a theatre event with four or five racing personalities on a discussion panel.” 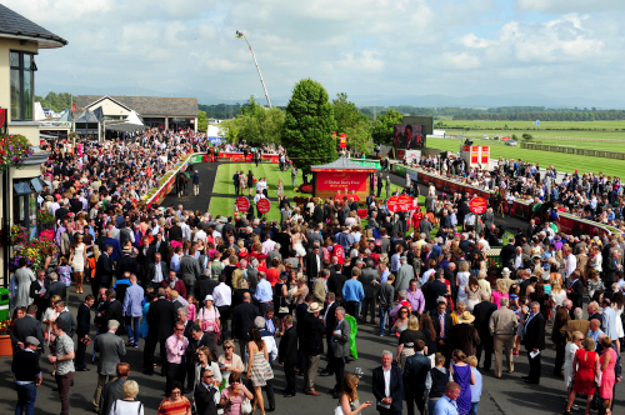 The promotion of racing at the Curragh centres very much on engaging with the general public and this was never better achieved than with the Curragh Thoroughbred Trail, a large-scale behind-the-scenes tour of the racing industry held for the first time last September.

As many as 300 people, the majority with no connection with horses or racing, spent the morning of day two of the Longines Irish Champions weekend touring racing stables, stud farms, the racing school, and specialist equine hospitals. “It’s something special and exclusive to Irish Champions Weekend,” Arkwright said, “and this year we hope to make it bigger and better.”

Plans to improve the racecourse were put on hold during the economic downturn but the work is now going ahead and is set to be unveiled in 2018, although no date for the start of the work has yet been announced.

In 2013, an international architectural competition was held to produce a concept design for the redevelopment, and the winners were a consortium of two architect firms, international practice Grimshaw Architects and Irish-based Newenham Mulligan, selected from a worldwide entry of over 100.

Racecourse general manager Paul Hensey explained: “The entire process has been very beneficial. We have had the benefit of some amazingly talented people looking at the potential options for the Curragh site. The concept design shows real innovation while at the same time respecting both the great heritage of the Curragh and the unique environment surrounding the racecourse.”

John McStay, chairman of the Curragh Racecourse Redevelopment Committee, said of the plans: “We look forward to taking this exciting concept to the next stage.”

How will the completed new Curragh look? “Very different, very different indeed” is the only hint Arkwright will so far divulge. But, given the respect and appreciation of the history of the racecourse and its integral role within the community, it will be a change to look forward to -- and yet another chapter in the history of the “Place Of The Running Horse.”