Team Valor boss Barry Irwin can’t have failed to be delighted by the results of Woodbine’s two big races yesterday as Capla Temptress stamped her ticket to the Breeders’ Cup with a victory in the $250,000 G1 Natalma Stakes, little more than an hour and a half after his Kentucky Derby and Dubai World Cup winner Animal Kingdom had produced his first Graded stakes winner. 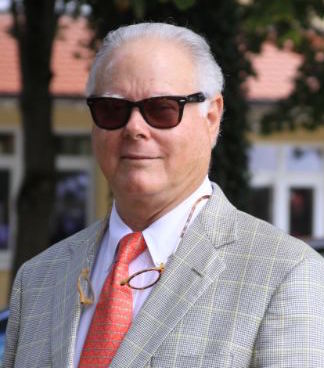 Both the Natalma and the G2 Summer Stakes, won by Animal Kingdom’s son Untamed Domain, were Breeders’ Cup ‘Win And You’re In’ races for 2-year-olds.

Joel Rosario was aboard the Irish-bred filly, campaigned by trainer Marco Botti and Team Valor International with early plans mapped out for a course to the BC Juvenile Fillies Turf coming to fruition. “I bought her with this plan in mind,” noted Irwin (pictured).

Capla Temptress won her first two starts in England and finished third in the G3 Sweet Solera Stakes over seven furlongs on good to soft ground at Newmarket this summer before her journey to the Breeders’ Cup brought her across the pond to the one-mile Natalma Stakes.

Dixie Moon broke well from the outside post nine and established the lead ahead of Delamar with Golden Orb running in third and 2-1 favourite Wonder Gadot outside in fourth. After opening panels of :23.69 and :47.58 on the firm turf, Delamar began to edge up while Wonder Gadot angled three-wide past three-quarters in 1:12.29.

Wonder Gadot chased after Dixie Moon down the stretch, but Capla Temptress stole the show after biding her time on the outside back in seventh and overpowered her rivals to score by threequarters of a length in 1:35.12.

“She broke very nice and for a second I had a little clear spot. I was just looking to follow Patrick [Husbands]. He was on one of the speed horses [Wonder Gadot] on the outside,” said Rosario. “I was trying to let her be behind somebody all the time. She was very nice. I had to tap her a little bit on the backside to get her attention. After that, she did the job.”

“She’s a fighter. She’s small, but she’s got a long stride and she’s all heart,” noted Irwin.

Jockey Eurico Rosa da Silva has nothing but praise for Dixie Moon, who held second ahead of Wonder Gadot.

“My filly is a fantastic filly,” said Da Silva of the Catherine Day Phillips trainee. “The first time I got on this filly, I knew she was a very good horse. It's too bad we got beat today, but she's going to come back and beat these horses. I’m telling you, she’s a very nice horse. I’m very pleased with the race. She was not very focused at the end. It's just her second race and it’s a lot to ask to run with big horses, but we are very, very happy.”

Untamed Domain, racing with blinkers for the first time, overcame a less than ideal start and rallied relentlessly under jockey Joe Bravo to prevail by a long neck in the one-mile G2 Summer Stakes, which gives the son of the famous first-season sire an automatic berth in the Breeders’ Cup Juvenile Turf.

Bred in Kentucky by Clearsky Farms, Untamed Domain is out of the multiple stakes-winning Lear Fan mare Ciao, and he hails from the immediate family of Smuggly, winner of the G1 Prix Saint-Alary.

“This horse is a big horse; he needs a little bit of learning,” said Bravo, who rode Untamed Domain for trainer Graham Motion and West Point Thoroughbreds Inc.

Bravo, who was winning his second Summer after guiding Conquest Daddyo to victory in 2015, credited the change of equipment with the stakes breakthrough by Untamed Domain. “The whole puzzle really came together today,” said Bravo. “Graham did a great job by putting the blinkers on for the first time.”

Hemp Hemp Hurray, the 1.75-1 favorite under John Velazquez, ran on well but was unable to contain the late charge of second choice Untamed Domain, who stopped the clock in 1:34.73.

“Perfect trip,” said Velazquez, who took down Saturday’s Woodbine Mile aboard World Approval by an impressive 2½ lengths from the Aidan O’Brien-trained Lancaster Bomber. “[Hemp Hemp Hurray] was a little bit strong the first part of the race and that was it. He didn't have enough to fight down the lane.”

Of the winner, Bravo said: “He’s a very big horse that is just learning and my main thing was just to get him plenty of room and keep him out of trouble turning for home. I had to swing three wide and he just levelled off so beautifully. Graham knew what he had, he knows he has a special horse.” 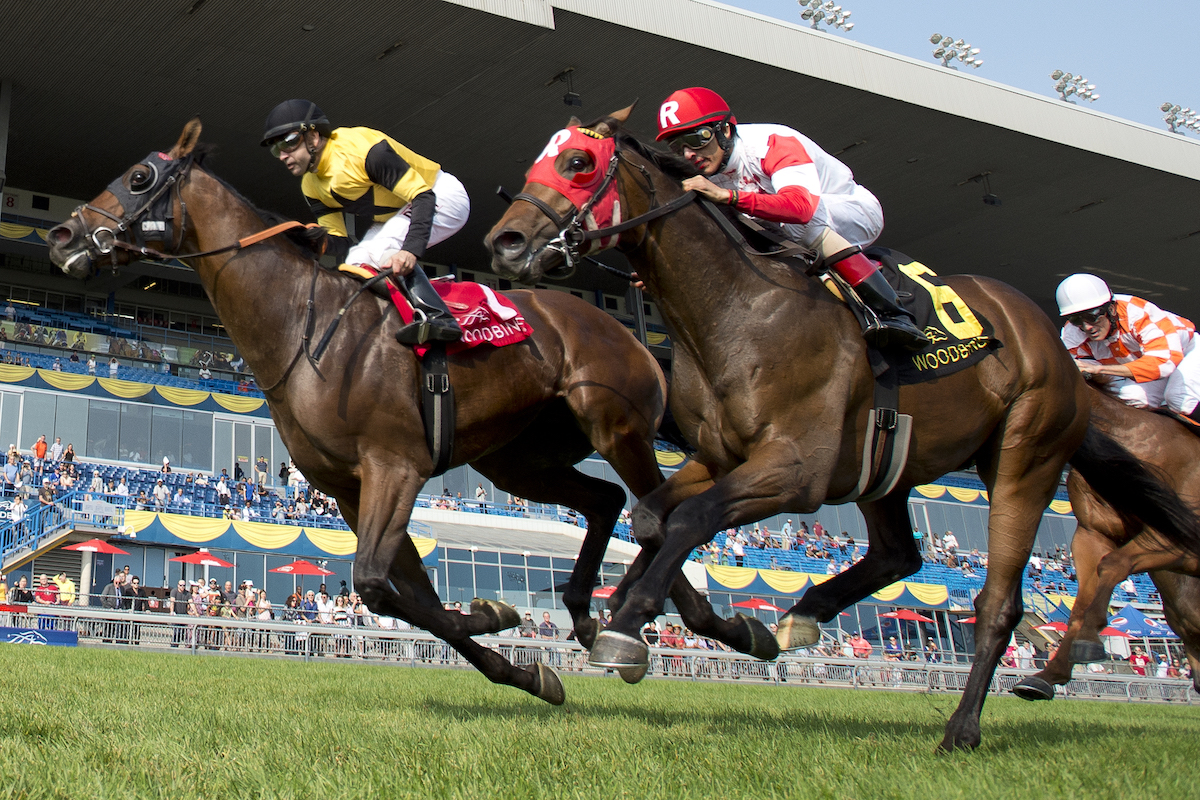 The Summer was the second major win at Woodbine over the weekend for Motion, who sent out Quidura to win Saturday’s G2 Canadian Stakes.

Untamed Domain, a $90,000 yearling purchase at the Keeneland September sale, was making his fourth career start and recording his second victory. He had experienced trouble on three of those occasions, including a last-out third-place finish in Saratoga’s With Anticipation.

Animal Kingdom, who was also trained by Motion, stands at Darley’s Jonabell Farm in Kentucky and at Arrowfield in New South Wales.

His first crop has made a promising start on the racetrack. Untamed Domain becomes his third stakes winner and first Graded winner. In addition to Untamed Domain, Animal Kingdom’s stakes winners include Sunny Skies, winner of the Debutante Stakes at Churchill Downs, and Continental Divide, winner of the Graduation Stakes at Del Mar. Animal Kingdom also the sire of recent Woodbine maiden winner Grace And Dignity.

And he has six winners in his first Southern Hemisphere crop, including Animalia, who defeated older horses. His other SH winners include Earth Angel, Lord Cecil, Barbary, Royal Phoenix and Platinum.

Irwin’s book about the experience of owning Animal Kingdom, and other horses, is detailed in his book ‘Derby Innovator: The Making of Animal Kingdom’, which is published by Xlibris and is available at Amazon and other book sellers.