It may not be anywhere near the forefront of Thoroughbred racing in North America, but Prairie Meadows race course in Iowa has an awful lot going for it, as Alicia D. McQuilkin reports in the first of a new series investigating why the sport appears to be flourishing in this one-racetrack state.

Iowa is a renowned powerhouse state in a variety of farming disciplines: corn, soy, pigs, poultry, beef. Even wind ‘farms’ dot the rolling landscape. Thoroughbreds born and raised on the same fertile lands that grow superior livestock of other species aren’t as commonplace as from other states. Yet, the Iowa-bred program is strong and the low cost of living in the state provides the resources for people to enjoy and invest in horses.

Through this multi-part series, I set out to find out how good the Iowa-bred incentives actually are, how the single Thoroughbred racetrack in the state – Prairie Meadows - is different, and what drives the people who dedicate so much to such a risky endeavor. In part one, I will provide background on racing in Iowa, how purses are structured, and the promotions Prairie Meadows has coming up to boost on-track attendance in 2017.

Prairie Meadows (PrM), located in Altoona, Iowa (a suburb east of Des Moines), has been groundbreaking in the racino model, being the first in the U.S., well before the term was coined.

Opened as only a track in 1989, it went bankrupt quickly, and in 1994 legislation was passed to include slot machines at the struggling facility. Prairie Meadows reopened as the first combination racetrack-casino on April 1, 1995, and rapidly paid off debts totaling $90 million to become profitable by the end of 1996.

This rousing success paved the way for other tracks and gaming companies to team up in the past 20 years. In 2004, gaming tables were added, and since then Prairie Meadows has added a conference center, new restaurants, and a hotel to the facility.

This racino is also unique in that it was established as non-profit, managed by an unpaid board of 13, all local to central Iowa, and the 243-acres are owned by the county (Polk) - therefore its lease renewal is voted on by residents.

A considerable encouragement to keep Prairie Meadows in operation, despite being one of 20 casinos in the state, is the fact they have donated huge sums back to the state and nearby communities - in part because they’re not managed by an outside firm, therefore keeping overhead costs low, thus generating more net profit. 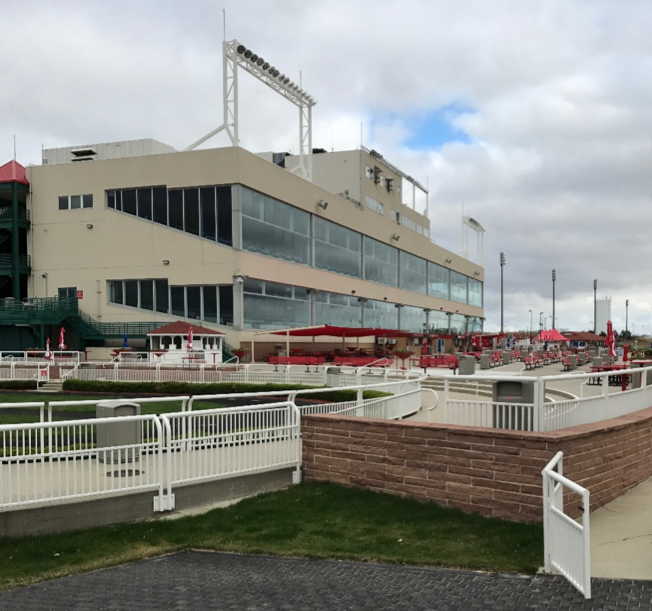 Through taxes, numerous grants and donations, $1.6 billion has been reinvested in state programs and charities, $690 million remaining in Polk county. In 2016 alone, $35.7 million, aside from taxes, was given to various charities and schools in Iowa.

Reading the list of organizations who have received funding is eye-opening as regards to how many causes are established in central Iowa, everything from free health clinics and community beautification to youth shelters and animal rescue/adoption groups.

Nearly threequarters of Iowa-bred foals race in the state and make the same ratio of their overall earnings in Iowa (a shade over 74 percent). With 30 percent supplemented to purses for Iowa-breds placing first to fourth in both restricted and open company, plus 12 percent paid back to their breeders, who wouldn’t want to run an Iowa-bred in their home state?

While the number of Iowa-breds starting in the state has increased, the percentage of their earnings is becoming more diversified. Both speak to quality, in that more horses make it to the gate, are competitive in open company, and competitive in other states. Granted, many of these states have slots bolstering their purses or are owned by gaming companies (e.g. Oklahoma, Texas, New Mexico, and Minnesota), but so does Iowa. And, with the informal circuit of Prairie Meadows looped in with tracks in the South-Central and Southwest states, Iowa-breds are running against many of the same horses.

The scoop on supplemented purses

Prairie Meadows doesn’t have any purses over the $300,000 for the G3 Cornhusker Handicap, and I wanted to find out why. It seems to be such an obvious way to recruit stars to a smaller track, which in turn brings fans out, increasing handle. When the previous year’s Breeders’ Cup Juvenile winner, Hansen, came for the Iowa Derby in 2012, the track was packed.

Clearly, many of the tracks where Iowan horses run in the fall and winter have steep purses, so what is different in Iowa? The best way to get the scoop on Prairie Meadows was to go to the people who run the show. I had a good discussion and tour of the grounds from Derron Heldt, Prairie Meadows’ Director of Racing, and received a preview of promotions for 2017 from Director of Marketing, Brad Rhines.

For the sake of simplicity, I will only focus on Thoroughbred racing, which runs April 27 through August 12 this year. Prairie Meadows does also have a Quarter Horse season beginning August 19, and used to have a harness mini-season in late fall. Harness races are no longer held at Prairie Meadows because of the complexities and expense of converting the track, but purses are still funded for harness races, which are usually held at fairground locations.

As is the case for many states, Iowa’s purses, both amounts and funding, are determined by state legislature. Currently a minimum of 11 percent of Prairie Meadows’ net receipts on gaming is mandated for horse racing purses - 76 percent of which is allocated for Thoroughbreds.

The average cost of keeping a racehorse in training in Iowa is about $1,800-2,000 per month. Prairie Meadows runs live racing typically from the end of April through the Iowa Classic Night in early August, with a legislated 67 racing days.

With over 1,200 horses on average residing on the grounds through the meet and about $13.8 million available in 2016, it’s competitive, but it’s possible to make a living. It breaks down to daily averages of roughly $200,000 in purses available across about 8.8 races (from 2016 statistics).

Since Prairie Meadows has to compete with nearby Midwest tracks (Canterbury, Hawthorne and Arlington), the nearest of which also has gaming funding purses (Canterbury), management tries to incentivize trainers, especially those who stable at PrM all season. This equates to keeping overnight purses steady, but high enough to make running at home worthwhile, and also to entices trainers to ship in for a little more purse opportunity.

For the open stakes, such as the three graded races during the Iowa Festival of Racing (the G3 Iowa Derby, G3 Iowa Oaks, and the aforementioned Cornhusker Handicap), the racing office staff makes contact with trainers around the country who have horses that fit the conditions and the timing of the races.

These stakes are also slated to fit into schedules with other similar stakes, making it easier for trainers to work Iowa into their summer.

To increase on-track attendance, Prairie Meadows is debuting several new promotional events for 2017, including the Prairie Meadows Racing Club (in the interest of full disclosure, I have purchased one share in this venture).

Different from other racing clubs, it is a 501(C)(7) non-profit social club, so any earnings beyond repaying the members’ $300 per share investment will go to charity.

The horse will be selected and trained by Kelly Von Hemel, a Prairie Meadows Hall of Fame inductee, with the aim of racing every two or three weeks so the members can have a regular dose of excitement.

Several events have been planned for members, including a night to meet the trainer and other club members. As of April 19, there are nearly 90 members, which is a promising start. The Prairie Meadows team hopes members’ positive experiences will continue to build excitement in the future.

There are several staple events that get people to the track year in and year out. The camel, zebra, and ostrich races are a huge hit, and last year created a back-up of cars for several miles on the interstate, even though the heat index was in the 90s (Fahrenheit) that afternoon. Kids of all ages, myself and several 20-something friends included, were shoulder-to-shoulder across the expansive apron to catch the exotic races between the carded Thoroughbred races.

For Independence Day, the fireworks display, after racing, is one of the best in the metro. New racing programs this year include pig races May 6 and 7 and wiener dog races June 18, along with the tradition of camels, zebras, and ostriches racing July 16. (See videos of ostrich and zebra races above.)

There are also special events, including a Food Truck Festival (June 17), and Family Days May 7, June 11, July 23, and August 20 and September 10 during the Quarter Horse meeting.

I attended the first Family Day on May 7, when they had face-painting, shaved ice, and characters such as Snow White, Super Girl and Captain America available for pictures. They also held rounds of pig races after the first, fourth and sixth races (see video below).

Fittingly for Family Day, a horse named Rainbow Sparkle was heavily bet down and finished third during the final race, making a a fun conclusion to a beautiful day.

Prairie Meadows does seem to be making strides this year to be more family friendly and have more on-track events. Since parking and admittance are free, it’s an inexpensive evening or afternoon activity. There are tables and benches across the apron, some with umbrellas and those nearest the building have canopies. The restaurants inside have been revamped in the last few years.

While casinos are the only indoor location in Iowa where smoking is allowed, I noticed the renovations inside make it tolerable for someone as sensitive as I am, making a nice escape to air conditioning when it’s sweltering.