In 1987, when Newmarket Racecourse manager Nick Lees booked the Spinners, a popular four-man folk group, who boasted 30 years in the industry but were soon to retire, to entertain racegoers on the July Course, he could not have imagined in his wildest dreams that he was setting a trend that within a quarter of a century would change the face of British summer evening racing.

Yet now, Lees’ former bosses at The Jockey Club are operating the fourth largest music promotion business in Britain. The once-staid administrators of 250 years’ standing are up there with the smartest purveyors of rock and pop.

Where Lees led, others quickly followed, as fellow racecourse executives took notice that they could attract bigger and more diverse crowds by putting on entertainment after racing. Today, the majority of summer evening fixtures feature some form of musical attraction, with a variety of artists ranging from local favourites and tribute bands to world-famous names, past and sometimes present.

Wallis, his predecessor Lisa Hancock, and successor Amy Starkey have overseen a quickening of the pace in Newmarket’s entertainment package, as a succession of biggish – and sometimes even big – names from the music world have regularly attracted massive crowds, and at least one near-20,000 sell-out every year, to Friday night racing on the July Course. 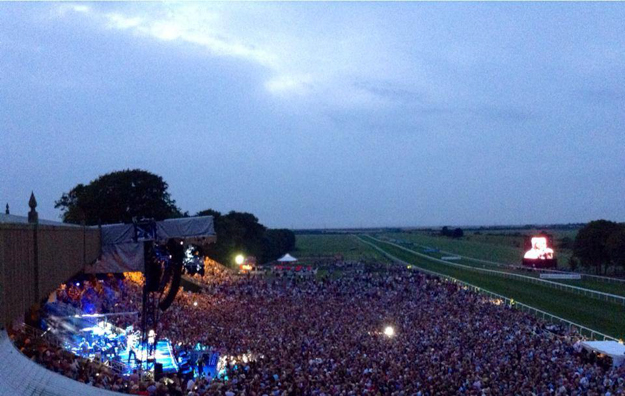 As more racecourses adopted music nights, the need to stand out from the crowd became apparent. Goodwood came later on the scene than most but has done so successfully with a trio of Friday nights that featured well-known DJs. Hamilton Park, Scotland’s single flat-only racecourse, even pioneered stand-alone concerts, which have been emulated by Newbury, with Rod Stewart as a notable attraction.

However, the majority of live entertainment events have been attached to race meetings in an attempt to encourage a new audience and to give an extended experience to regular racegoers.

This month’s Shergar Cup meeting at Ascot was a perfect example of the initiative at work. Teams of internationally recognised jockeys added their own brand of excitement to an afternoon that ended with a concert arranged and hosted by DJ and TV presenter Vernon Kay, featuring an eclectic mix of artists from Scouting For Girls and B*Witched to the world’s foremost Abba tribute band Björn Again.

Nick Smith, Ascot’s head of communications and international racing, summed up the principle behind the course’s annual one-off venture.

“Our research suggests that among a crowd of just under 30,000, there will be about 10,000 who are there specifically for the concert,” Smith said. “But, they do enjoy the racing because the vast majority of people come early and very few turn up later in the afternoon.

“It works very well for the Shergar Cup, but similar events at other meetings have not been particularly successful and we’re not really in the market to expand our concerts.”

The downside to music nights is the criticism voiced by regular racing fans upset by either the occasionally increased admission prices, especially for children, or the influx of casual racegoers oblivious to the nuances of the sport and seemingly more intent on “having a good time,” usually with the accompaniment of alcohol, than observing the traditional virtues of form study with ample elbow room.

However, generally increased attendance figures do not lie, and regular market research suggests that, while some people go for the racing and some for the music, the majority enjoy the combination.

Bookmakers are not always enamoured by the arrival of droves of innocent, loose-change customers, but some do bet.

“A lot of first-time racegoers who attend music nights have a bet, even if it is to small amounts on the Tote, and the challenge is to get 10 percent of them to go racing again,” JCR’s Fisher said. “Anything that attempts to do that has to be a good thing for the future.”

The concept is not unique to Britain. Many festivals and extended programmes around the world, from Del Mar to Flemington, mix music with racing, none more spectacularly staged than the extravaganza provided by the Dubai Racing Club on World Cup night at Meydan.

When futuristic Meydan opened in 2010, the evening’s entertainment went on way beyond midnight to the strains of Elton John and Carlos Santana, and although the excitement level fell perceptibly in the immediate years, when an emerging Jessie J was followed by Toni Braxton and Seal (substituting at late notice for the stricken Anastacia), the buzz was back this year as Jennifer Lopez strutted her stuff.

However, no-one does music nights quite like Britain, where The Jockey Club is king and aiming to reign for many more years after ending an association spanning two decades with the Liz Hobbs Group, which continues to work with the Arena Racing Company, where Doncaster is its flagship music entertainment venue, and a number of independent racecourses.

Instead of using a contracted supplier, Jockey Club Live has been created as a joint venture with Live at the Races, a new business set up by Andrew Wilkinson, a racecourse committee director at Wincanton Racecourse, and sports sponsorship executive Simon Halden. Between them they have assembled a roll call of top-class artists including Elton John, The Rolling Stones, Robbie Williams, Pink Floyd, Take That, and Kylie Minogue.

“Previously we worked with an organisation that acted solely as a booking agent, which was fine when we operated on a small scale, but was not ideal as we evolved into one of the biggest pop promoters in the U.K., because of the risk element, JCR’s Fisher explained. “Some of the acts are booked for a six-figure fee, which meant we were putting a lot of money on the table before we had sold even one ticket.

“Now, our partner Live at the Races takes a share of the risk, through a form of underwriting, which reduces our exposure, and all marketing and ticket sales are done jointly.”

Wilkinson concedes that, despite the vast experience accumulated by him and business partner Halden, their side of the joint venture is “on a steep learning curve” to gauge the new market. 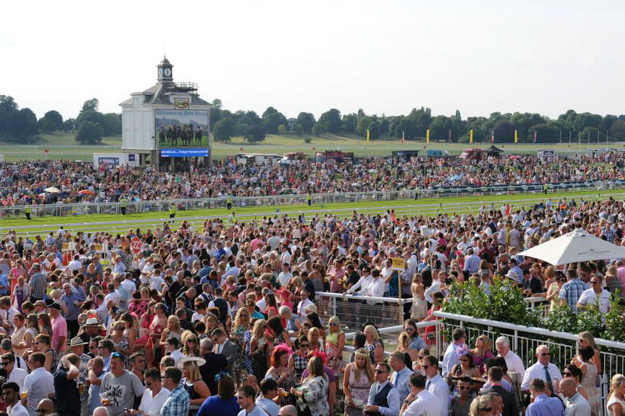 “It’s true that some acts and bands do better at some racecourses than others,” he said. “We’ve found that this year Wet Wet Wet went down well in the north of England but not the south. It’s seems to be a regional phenomenon. Even Tom Jones did better in the provinces than around London.

“A number of factors might have had an influence, including the tremendous amount of alternative activity in London, and it didn’t help that, having only signed the contract on 23 December, we started late on the marketing.

“We’re already talking to agents for next year, and we’d like to have events booked up by the end of September so that we can get our marketing in gear much earlier.

“We’re also looking to attract a broader range of artist next year, and to build credibility with them and their agents.”

Fisher is acutely aware of the slightly downbeat reputation that the racecourse circuit has among some artists, particularly surrounding past preconceptions that it is populated by “has beens” or “never have beens,” and that a racetrack appearance signals a waning career.

“In the past, if we put in a call to some people, they wouldn’t be interested because they didn’t think racecourses put on a good production,” he said.

“We’re working on that aspect so that we become much more credible with the music industry, and it’s beginning to happen, because the Live at the Races team has done a great job on the production side. We’re on a journey here, to show that racecourses are not second-class venues and we can attract a higher calibre of artist.

“We have a ready-made advantage in that we have a fixture list where we can route bands, so that we can offer four or five gigs in a two-week period. That way, we can keep down costs, so that, say, we get four Tom Jones concerts for the price of three.”

As well as already working on next year’s band roster, Jockey Club Live is looking to expand its client list to independent courses other than Newbury and York, with which it has worked in 2014, and even beyond horseracing into sports such as T20 cricket.

“By expanding the touring process, we can think about lifting the quality of the acts, while also bringing benefits of scale that would keep costs down,” Wilkinson said.

Tom Jones has completed his fourth season of racecourse tours. Who knows who will follow his example? Maybe the Wilkinson-Halden contacts book could land Jockey Club Live with Sir Elton or Kylie in 2015. Whomever they sign up, it’s all a far cry from the Spinners at Newmarket in 1987.