When it comes to the top international stallions, the balance of power is shifting towards Great Britain - as just one look at the latest TRC Global Rankings clearly indicates. Two of the top five sires in the world (#1 Dubawi and #4 Frankel) stand in the UK, and there are another four in the top 40 - #18 Nathaniel (sire of Enable), #24 Pivotal, Kingman (the world’s leading second-season sire, who is already up to #35) and #37 Iffraaj.

It’s been an exceptional year on the track for all of them (that’s why they are ranked so highly).

Dubawi’s £250,000 fee puts him second in the list of most expensive sires in the world - behind Galileo, whose fee is private. (Deep Impact - who was second - died in July.) Dubawi, whose fee stays the same for 2020, stands at Darley’s Dalham Hall Stud in Newmarket, along with Iffraaj (£30,000).

Allied to that success on the track is the considerable fire power of Godolphin in the sales ring, which has helped Dubawi sire the most expensive yearling in Europe for successive seasons.

This year a bidding battle between Sheikh Mohammed and Coolmore’s John Magnier for the Dubawi half-brother to G1 winner Barney Roy at Tattersalls Book 1 pushed the colt’s price to 3.6 million guineas. The fact that Coolmore was prepared to spend over 3 million on a son of Dubawi signifies how the stallion’s achievements are viewed by the most powerful people in the industry, and how this British-based sire is recognised as a global influence.

In 2018, it was David Redvers for Qatar Racing who won the war over Dubawi’s yearling half-brother to Too Darn Hot and Dar Re Mi at Tattersalls Book 1, the winning bid of 3.5 million guineas earning that colt the title of Europe’s most expensive yearling of the year.

Dubawi sired four millionaires at Book 1 this year, including a half-brother to last year’s G1 St James’s Palace Stakes winner Without Parole, who is a son of Frankel.

Dubawi had double the number of Galileo’s Book 1 millionaires this year, and indeed seven of the ten most expensive horses at Europe’s premier yearling auction were sired by stallions standing in Britain.

Similarly the recently published Weatherby’s Return of Mares illustrated the esteem in which Dubawi is held, with Coolmore sending 11 mares to him, including G1 winners Athena, Chicquita, Forever Together and Was. Other top-class mares who visited Dubawi include G1 winner Dank, the dam of Europe’s most expensive yearling of 2017, Attraction, Goldikova, In Clover, Rizeena, Serena’s Storm, Speirbhean, Stacelita, Taghrooda, Volume and Waldlerche.

Juddmonte Farms next year celebrates 40 years since Prince Khalid Abdullah purchased his first farm - Cayton Park Stud in Berkshire, which became known as Juddmonte Farms Wargrave, and it has been an increasingly powerful force ever since. That was also the year of Prince Khalid’s first Classic winner, Known Fact, who took the 2000 Guineas at Newmarket, becoming the first in a long line of distinguished Juddmonte champions, many of them homebreds who went on to stand at Juddmonte stud farms. 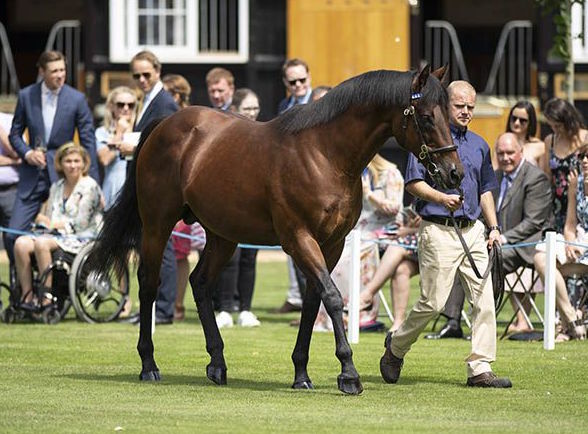 Today Juddmonte is very much at the forefront in the rise of the British stallion industry, with two of Europe’s brightest and best young sires, homebred G1 winners, standing at the operation’s Newmarket farm, Banstead Manor Stud.

The remarkable performance of Frankel is defying the record books, and the unbeaten world champion is now the sire of ten individual G1 winners from just four crops of racing age.

The 2019 flat season was a red-letter one for Frankel as he sired his first British Classic winner, courtesy of Anapurna’s victory in the Oaks at Epsom, and he recorded his second at Doncaster in September, when Logician won the St Leger.

Quadrilateral’s success in the G1 Fillies’ Mile at Newmarket marked another significant milestone for Frankel as it was the first by his offspring in a European juvenile G1.

Veracious won the G1 Falmouth Stakes in the summer and right back in March the victory of Dream Castle, from Frankel’s first crop, in the G1 Jebel Hatta in Dubai began a run that would eventually give the stallion five new individual G1 winners for the season. He has now sired 35 Northern Hemisphere Group winners faster than any other stallion in the history of the European pattern.

Alongside him at Banstead Manor is Kingman, whose rise to prominence is almost as impressive as that of Frankel. 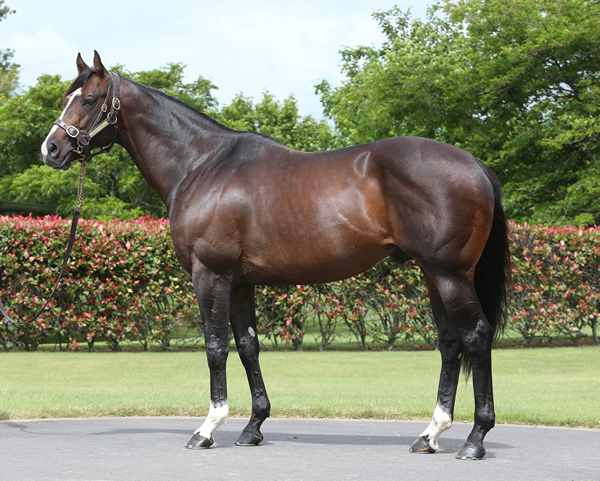 The four-time G1 winner produced a Classic horse in his first crop with Persian King, who won the Poule d’Essai des Poulains and was second in the Prix du Jockey Club for Andre Fabre and Godolphin. His first crop also contains the dual G2 winner Headman and Calyx, the scintillating winner of Royal Ascot’s 2018 G2 Coventry Stakes, who has been retired to stand at Coolmore Stud in Ireland for 2020, proof, if any were needed, of the serious impact Kingman has made on the bloodstock and racing world with just two crops of runners.

At Book 1 this year, Kingman achieved the fifth-highest average of any stallion with at least two yearlings selling and was the sire of two of the top ten most expensive yearlings, a 2.3 million-guinea colt out of Grace And Favour, a full-sister to Fame And Glory, purchased by Godolphin, and a 1.8 million-guinea colt out of G3 Blue Diamond (fillies’) Prelude winner One Last Dance, who was bought by MV Magnier.

Away from this trio, there is plenty to suggest that the power of British stallions is growing in all areas of the market.

Whitsbury Manor Stud stands Showcasing (#53), the sire of this season’s G1 Commonwealth Cup and G1 Prix Maurice de Gheest winner, Advertise. Owned by Phoenix Thoroughbreds, an operation with global reach, Advertise has been retired to stud in Britain, an indication of the strength of the British bloodstock industry. He will command a fee of £25,000 at the National Stud in Newmarket.

His paternal half-brother, Soldier’s Call, runner-up in four G1s over his two seasons of racing and winner of the listed Windsor Castle and G2 Flying Childers Stakes, has also been retired to stud - at Ballyhane in Ireland.

That Showcasing has developed into a stallion whose sons are in demand at stud is testament to both the work done by Whitsbury Manor and the breeders who supported Showcasing in his early career, and the growing influence of British sires on the global Thoroughbred industry.

The remarkable Pivotal (world #24) has become one of the most influential broodmare sires in Europe right now with 22 stakes winners on the continent this year. His daughters have produced G1 winners in 2019, including Hermosa, Magical, Defore, Advertise, Veracious and Fairyland.

Despite being six weeks’ short of his 27th birthday, the Cheveley Park Stud stalwart remains in demand and shows no signs of losing his ability to transmit talent to his offspring. He covered 52 mares in 2018 and his son, the G1 Champion Stakes and Lockinge Stakes winner Farhh (#90), who stands at Dalham Hall Stud and covers managed books because of fertility issues, sired his first G1 winner this year when King Of Change won the Queen Elizabeth II Stakes at Ascot on Qipco British Champions’ Day.

Success on the track and in the sales rings for British stallion farms is growing and the power of British flat stallions is on the increase, an enormously positive position for the country’s bloodstock industry.